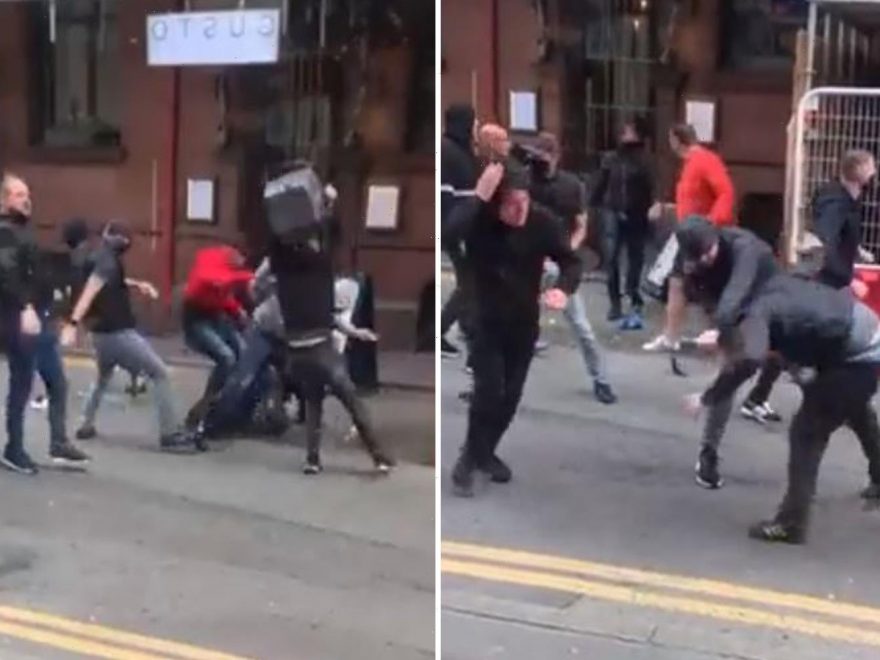 FOOTBALL hooligans battered each other with chairs during a mass brawl before Manchester United's clash with Leeds today. 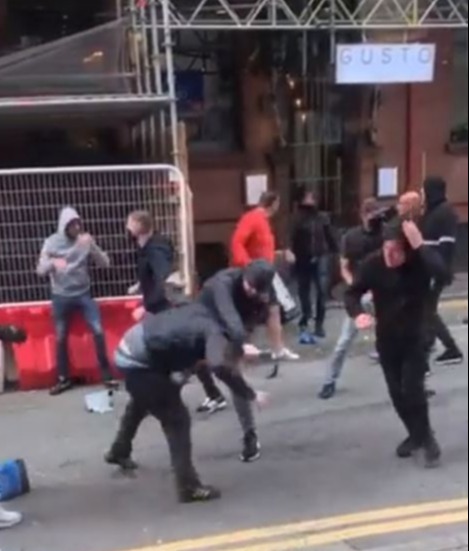 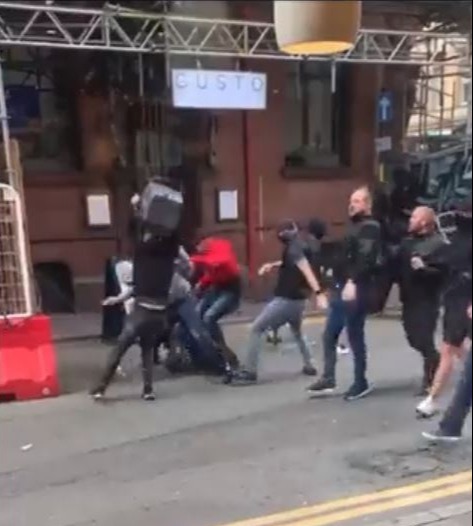 Terrified members of the public and café staff can be seen locking the doors and staring as the fans fight in the street, ahead of the first Premier League Saturday kick off of the year.

A group of up to 30 fans rushed down the streets brawling with each other, with eyewitnesses asking “are these Leeds fans”.

Dozens of fans could also be seen brawling outside of a pub in the hours before kick-off at Old Trafford, which will see a full capacity game for the first time since the pandemic began.

Police vans rushed to the scene after thugs stole chairs from outside seating areas and launched them at each other.

A Caffé Nero worker told The Sun: “It was a massive brawl. I had to run to the door to lock them.

“We kept the customers inside, it seems as though it was football related. There were kids about and it was a bit scary so we just locked the doors.”

Greater Manchester Police confirmed that there have been no arrests as of yet despite the disorder.

A spokesman for the force said: "Patrols in the city centre have been made aware of some isolated incidents of disorder at premises in the area.

"We're working closely with those premises to support licensees at the early signs of any disorder and negate it as swiftly as possible.

"Our priority is to escore people to the stadium in a safe manner and to ensure minimal disruption for the wider public.

"No arrests have been made.

“We'll have an increased police presence out and about this weekend with a number of events expected to take place across the city region.

“Anyone with concerns or just passing by, do speak to our officers who will be visible around the city working to keep you safe." 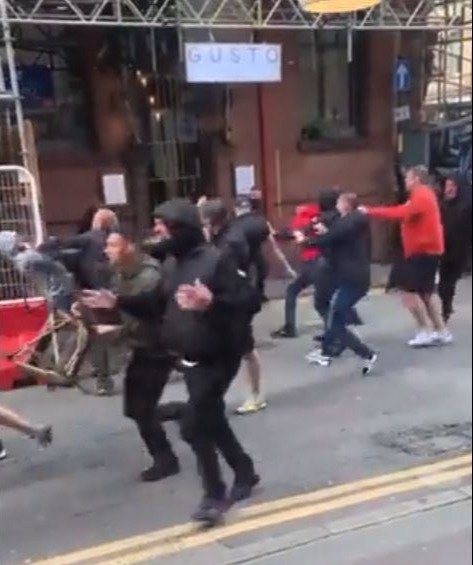