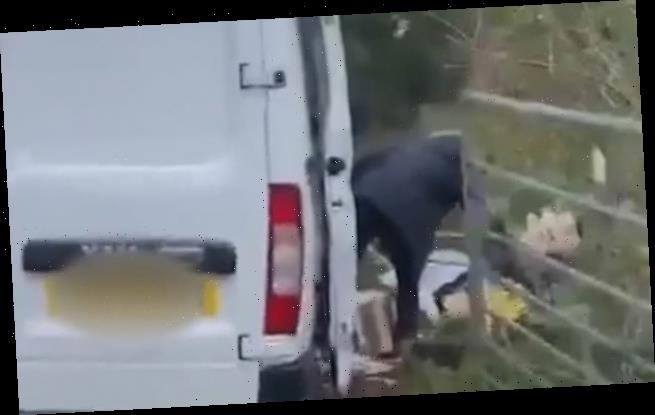 This is the moment that a fly-tipper was caught red-handed dumping a van full of rubbish.

The footage, captured in Mosborough, Sheffield, shows a man being confronted after he was caught dumping waste in a patch of woodland.

The fly-tipper is walking to his van when he’s confronted by a man who asks him why he was leaving the rubbish. 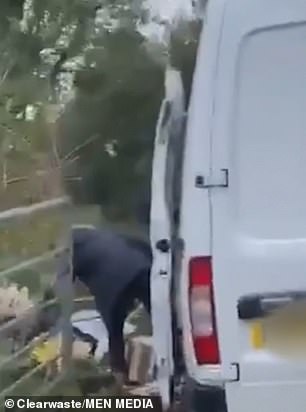 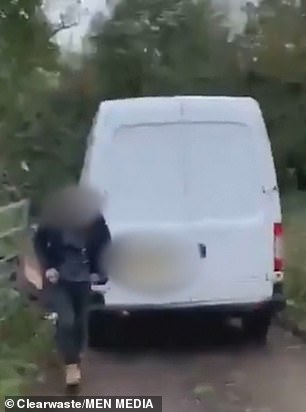 The footage, captured in Mosborough, Sheffield, shows a man being confronted after he was caught dumping waste in a patch of woodland and begins loading it back into his van

The person filming – who does not want to be identified – asks: ‘Hey pal, why are you fly tipping?’

He then demands that the litterbug pick everything back up and put it in his van and stands to watch him do it.

The fly-tipper, clearly feeling rather sheepish, double checked that the man filming wanted him to pick it all back up – and not just some of it.

The fly-tipper opens the side door of his white van and begins loading it with black bin bags and other household items.

He seemed more concerned about being filmed than answering the other man’s question of why he did it.

The footage was shared online by ClearWaste, a fly-tipping reporting company.

Martin Montague, the company’s founder, said: ‘This fly-tipper wasn’t expecting to be caught – and looks very miffed that a member of the public has stepped in and told him to clear it up.

He added that fly-tipping was a ‘major problem in this country’ which costs ‘taxpayers a fortune to clear it up it damages the environment’. 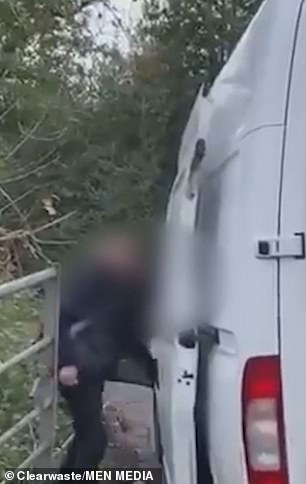 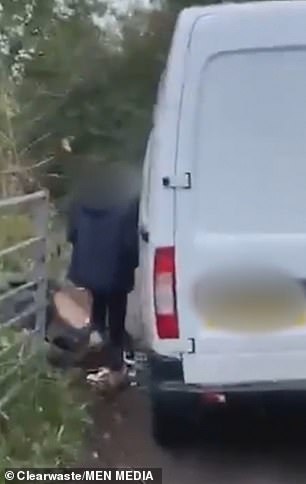 He said:  ‘It is truly shocking that people can’t hold on to their rubbish for a few extra days over the Christmas and New Year period until the binmen come round and instead choose to dump it in streets and the countryside.’

Mr Montague said that there has been a huge increase in fly-tipping over the last 12 months and he said that a large part of this is to do with the coronavirus pandemic.

Last year, by October, Doncaster Council revealed they had spent £7,184 clearing up illegal waste since January, but have assured residents that they are ‘cracking down’ on the issue.

Councillor Chris McGuinness, cabinet member for the environment, said: ‘Let me be clear; we are cracking down on fly tipping offenders.

‘Before, during and after the pandemic, the council will continue to investigate fly tipping cases and take proportionate enforcement action.

‘This includes issuing fixed penalty notices in some instances but also undertaking prosecutions where appropriate.’

At the moment, current penalties for fly tipping are a fine up to £50,000 and or up to three years in prison if convicted in a Magistrates court.

People may also receive an unlimited fine and or up to five years in prison, if convicted in a Crown court.