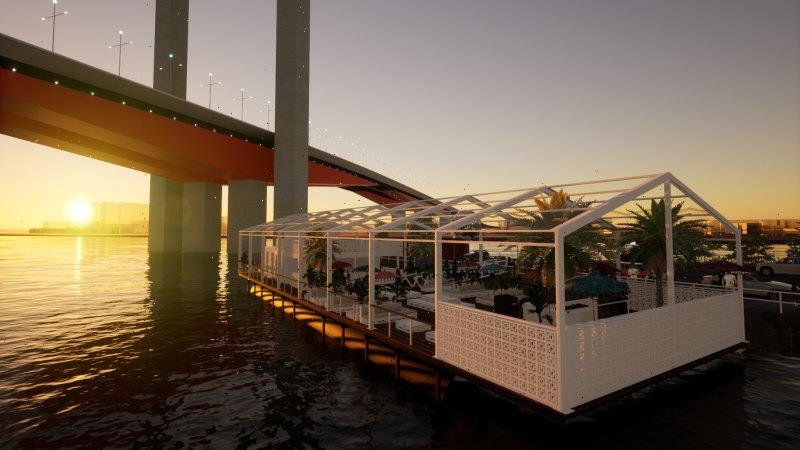 Melbourne’s first floating nightclub will open on a barge moored at the undeveloped North Wharf beneath the Bolte Bridge towers.

Atet can house 550 revellers and will be positioned at Docklands throughout summer, with the potential to be relocated in Port Phillip Bay for future events. 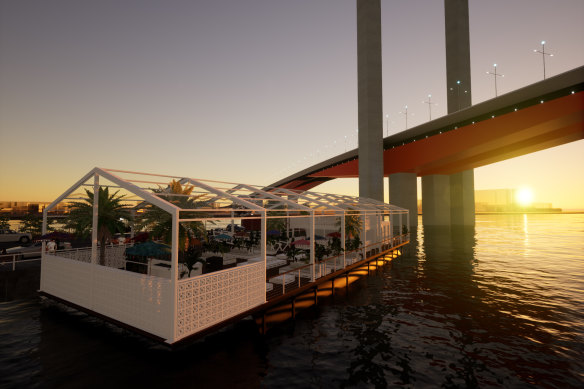 An artist’s impression of Atet, which will be moored in Docklands.

Founder Jake Hughes said he had spent more than $1 million on the nightclub, which was backed by his family and crowdfunding memberships.

He said the North Wharf was 500 metres from the nearest Docklands apartment buildings and Atet was oriented so all its speakers faced towards the docks and past the Bolte Bridge, reducing the chance of noise concerns.

“It’s still something that needs to be managed, but we definitely have a lot more freedom there than if we were surrounded in a more densely populated area,” Hughes said.

“We’re completely in love with the area and I think for what we’re doing this location is probably the only place that it could work. 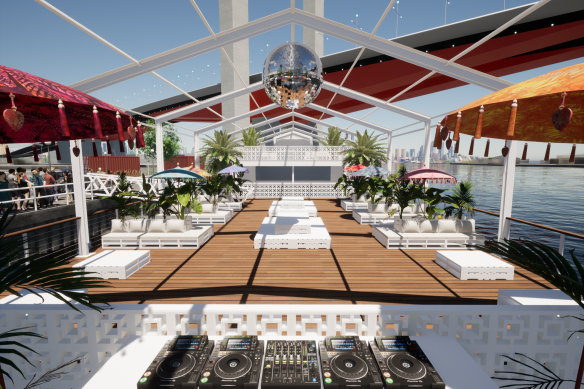 Founder Jake Hughes says the club was inspired by open-air parties in Europe.

“We’ve obviously been through a pretty extensive process with [the City of Melbourne], going through the planning permit process, and a big part of that was … noise.”

Atet is named after the barge of the sun god Ra, which would travel through the sky every day providing light to the world, according to Ancient Egyptian mythology.

Hughes said he was inspired by open-air parties in Europe.

He said Atet was different to two floating venues already on the Yarra – Arbory Afloat and Yarra Botanica – because it was designed as an events space, not a bar.

The 570-square-metre venue is primarily designed as an outdoor space, but Hughes said it would have capability to be enclosed with clear PVC roof and wall panels.

Atet has been given the green light by the City of Melbourne, which approved a planning permit and a berthing permit.

“The Atet floating barge is another addition to our beautiful waterways that will give people the chance to enjoy Docklands from a new perspective,” she said. 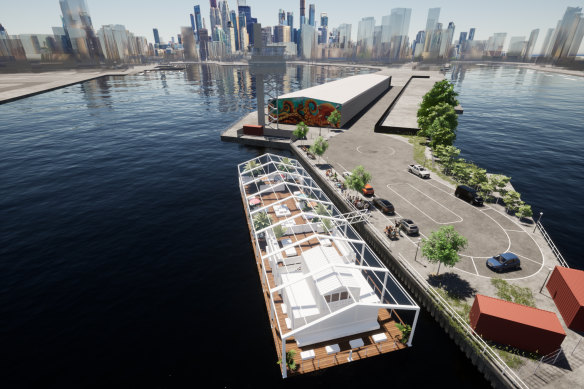 Atet will be moored 500 metres away from apartments.

“Atet offers unparalleled views of the Bolte Bridge and Victoria Harbour, along with world-class music, food and drink. This is an attraction that will no doubt draw thousands to the Docklands precinct.”