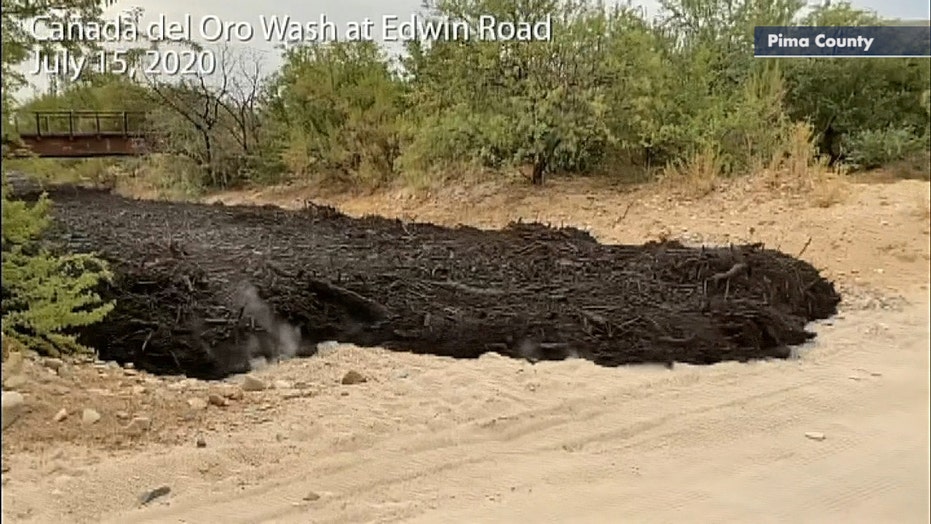 A murky, menacing torrent of water that was captured last week in Arizona is a warning of a greater risk after wildfires earlier this year, according to officials.

Officials in Pima County said Thursday on Facebook that the Bighorn Fire earlier this year left an increased risk of flash floods in the area.

Authorities shared a video taken Wednesday along a channel in the northern part of the country after a "minor storm." 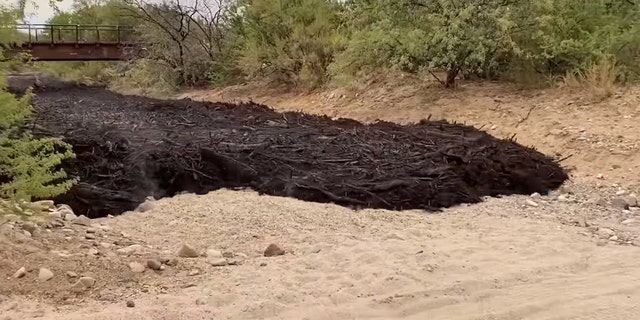 A flow of debris can be seen in Pima County, Arizona on July 15, 2020.
(Pima County via Storyful)

In the video, floodwater can be seen carrying charred debris along the channel.

Andy Dinauer, deputy director for the Pima County Regional Flood Control District, told KOLD News 13 the flash flood last week was a reminder that such washouts can happen even when it's not raining directly overhead.

"Somebody downstream would have no idea it's coming cause it's not raining where they're at and the water comes crossing the road," he said. 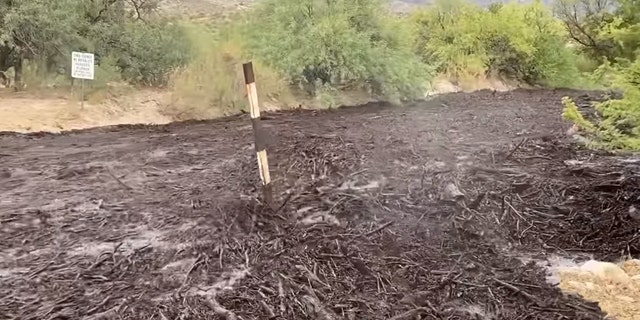 He also warned that if monsoon rains impact the area, the next flows that happen could be "significant," and that travelers at night should be especially vigilant.

“If that crosses a roadway at night, a person driving a vehicle, going into a wash crossing is not going to see that,” Dinauer told KOLD News 13. “It’s black, it’s like oil running down the wash so it makes it even harder to see at night. You really gotta stay out of those washes at night when it’s the monsoon season."

County officials said besides rushing water, the flash floods and associated debris flows bring with them large amounts of burned material, including ash, sand, silt, rocks and even trees.

While many may not associate Arizona with flooding, officials said a 2017 analysis determined that Pima County was the eighth deadliest county in the nation for flood-related deaths in the preceding 20 years.

"Due to the topography and proximity to mountainous areas in Pima County, there is sometimes little to no warning of impending flash floods or debris flows," county officials state in a fact sheet. "In the event of moderate to heavy rainfall it is best to take any emergency steps necessary to protect your life and property."