A female detention officer in Oklahoma was fired and may face charges after professing her love in writing to one of the male inmates it was her job to monitor, officials said Friday.

The alleged object of her affections, inmate Darryl Frost, 23, had been booked into the jail on an attempted robbery with a dangerous weapon charge, Oklahoma City’s KFOR-TV reported.

During his incarceration, Wilson allegedly brought a cell phone to Frost in his jail cell and began corresponding with him at all hours over the course of two weeks, including times she was on-duty and during the night, court documents said. 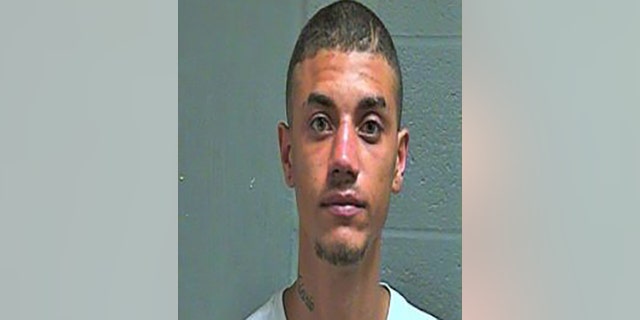 Wilson allegedly wrote Frost a letter and handed it to him in his cell . The letter read, "Just know you’re all I think about and I’m ready for you to be out of there so we can actually try something real,” KFOR-TV reported.

“I want to talk to you as much as I can,” she also allegedly wrote. “If they find out it’s me you are calling, not only will I lose my job but I’ll get locked up too.”

Deputies said another detention officer suspected an unprofessional relationship between Wilson and Frost and reported the suspicion to superiors. Wilson was fired the same day the note was found, the sheriff’s office said. Investigators also reportedly possess recorded phone conversations between the pair but are not disclosing the content because the investigation remains underway, the station reported.

Both Wilson and Frost reportedly admitted to their romance, KFOR-TV reported. But it was unclear whether their relationship went beyond their phone conversations and the note.

Department spokesman Mark Meyers said the sheriff's office enforces heavy training on how detention officers are supposed to treat inmates. He said Wilson's behavior definitely broke protocol but did not specify what if any charges would be filed against the former detention officer.