Rush hour on the farm! Farmer greets animals by name every morning as they steam out of his barn

This is the adorable moment a Wiltshire farmer captures his version of the rush hour.

On a farm somewhere near Caenhill, he opens the door to an outbuilding to a stream of poultry and a few goats.

In this clip, Chris captures a part of his Saturday morning rush hour, as feathered family members rush out to greet the master of the farm.

First out are the chickens, scattering across the common so quickly Chris barely has a chance to greet them, he quickly gets to work calling as many as he can by name.

Behind the chickens comes Ken the cockerel who slips by without the hint of a morning cry. 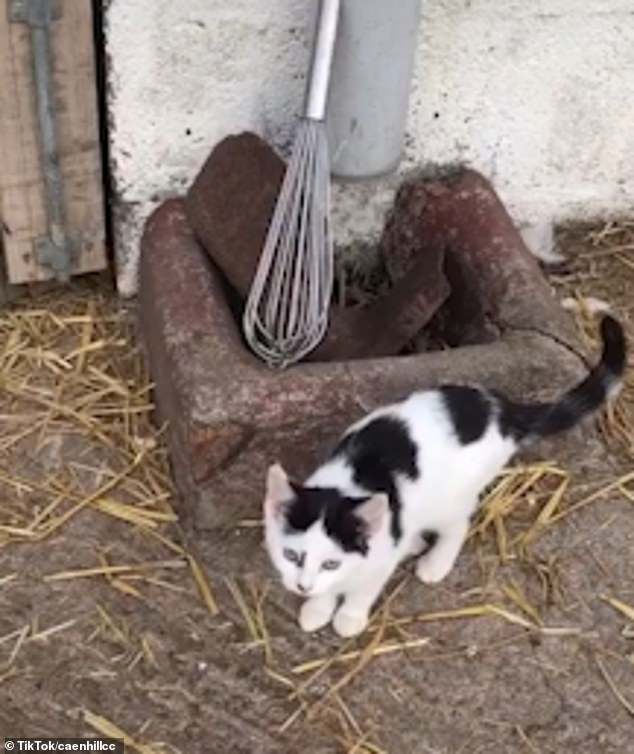 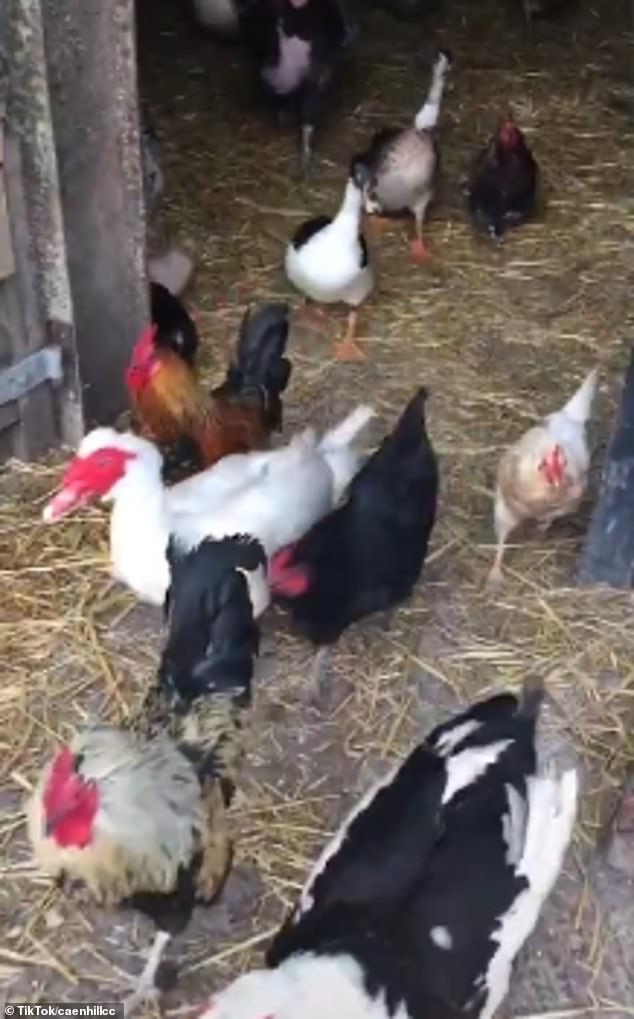 And they’re off! Chris’s feathered family pour out of the barnyard desperate to greet the fresh morning air

He’s quickly followed by a thundering charge, Bauble the turkey hot on the trail of the feisty cockerel.

Bauble is quickly chased off by a trio of ducks, Emerson, Lake and Palmer, who keep neatly in step with one another.

Their calm pace is refined by the two geese Owen and Cici who look wonderfully relaxed as they begin a morning stroll together.

After all the noise, Chris asks ‘where’s Cuthbert’ the boisterous goose that stars in most of his videos and is often known as ‘the master of the farm’ is mysteriously nowhere to be seen.

The uncharacteristic absence is filled by the two goats April and July, the younger of the two earning a quick scolding, not yet supposed to be out and about.

Chris’s farm has managed to amass around 68,600 agricultural fans who regularly tune in for updates on his extended family.