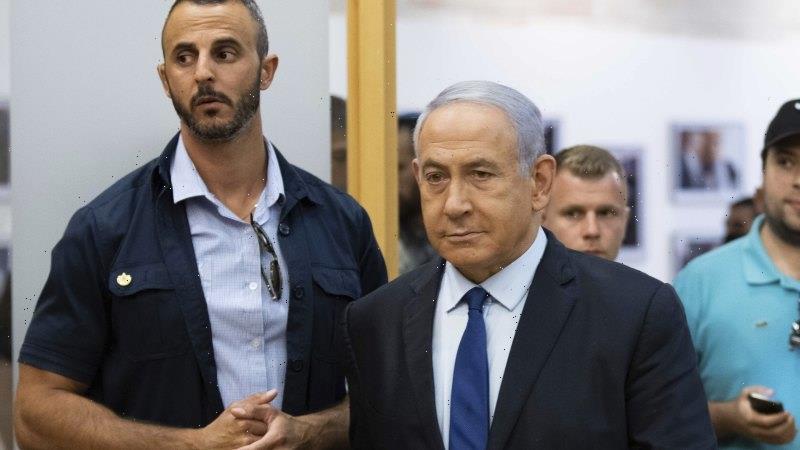 Jerusalem: Far-right party leader Naftali Bennett threw his crucial support behind a “unity government” in Israel to unseat Prime Minister Benjamin Netanyahu, in what would be the end of a political era.

Bennett’s decision, which he announced in a televised address on Sunday (Monday AEST), could enable opposition chief Yair Lapid to put together a coalition of right-wing, centrist and leftist parties and hand Netanyahu his first election defeat since 1999. 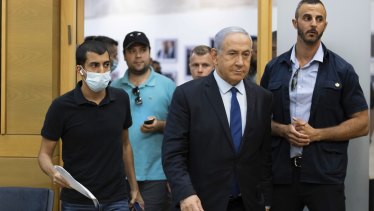 Lapid, head of the centrist Yesh Atid party that finished second to Netanyahu’s right-wing Likud in an inconclusive March 23 national ballot, faces a Wednesday deadline from Israel’s president to announce a new government.

Lapid’s chances of success have rested largely with Bennett, a former defence chief and a high-tech millionaire whose Yamina party’s six seats in the 120-member parliament are enough to give him the status of kingmaker.

Under a prospective power-sharing deal, Bennett would replace Netanyahu, the 71-year-old head of the Likud party, as prime minister and later give way to centrist Lapid in a rotation agreement.

“I am announcing today that I intend to work with all my might towards establishing a unity government with Yesh Atid chairman Yair Lapid,” Bennett said in his speech. “It’s either a fifth election, or a unity government.” 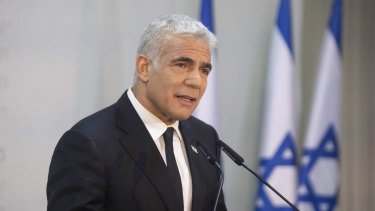 Opposition chief Yair Lapid could put together a coalition of right-wing, centrist and leftist parties to dislodge Netanyahu.Credit:Bloomberg

Responding on television to Bennett’s announcement, Netanyahu accused him of perpetrating “the fraud of the century”, citing past public promises Bennett made not to join up with Lapid. He said a right-wing government was still a possibility.

Israel has held four elections since April 2019 that ended with no clear winner and left Netanyahu and his rivals short of a parliamentary majority, with the veteran leader remaining in office as head of a caretaker government.

The new prospective coalition’s diverse members would have little in common apart from the desire to end the 12-year run of Netanyahu, Israel’s longest-serving leader, now on trial over corruption charges that he denies.

An anti-Netanyahu alliance would be fragile and require outside backing by Arab members of parliament who oppose much of Bennett’s agenda, which includes more settlement building in the occupied West Bank and its partial annexation. 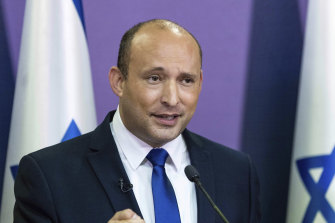 It would be expected to focus on the economic recovery from the COVID-19 pandemic, while setting aside issues on which members disagree, such as the role of religion in society and Palestinian aspirations for statehood.

Netanyahu said such a coalition was a danger to Israel’s security and future.

“What will it do for Israel’s deterrence? How will we look in the eyes of our enemies,” he said. “What will they do in Iran and in Gaza? What will they say in the halls of government in Washington?”

A Bennett-Lapid agreement had already been reported to be close when violence broke out between Israel and Gaza militants on May 10 and Bennett suspended the discussions. The fighting ended with a ceasefire after 11 days.

A Palestine Liberation Organisation official said after Bennett’s speech that the prospective government would be “extreme rightist” and no different than administrations headed by Netanyahu.

Trying to scupper an opposition deal, Netanyahu made a three-way counter-offer on Sunday to stand aside in favour of another right-wing politician, Gideon Saar.

Under that blueprint, Saar would serve as prime minister for 15 months, Netanyahu would return for two years, and Bennett would then take over for the rest of the government’s term.

Netanyahu’s rivals have cited his corruption case as a main reason why Israel needs a new leader, arguing that he might use a new term to legislate immunity to shield himself.

If Lapid, 57, fails to announce a government by Wednesday, at the end of a 28-day period to build a coalition, a new election is likely.