THE FAMILY of a little girl are desperately fundraising for her life-saving treatment after her rare cancer returned for the THIRD time.

Chloe Balloqui, 10, was diagnosed with stage 4 high-risk neuroblastoma at just two-years-old – but the cancer has come back for a third time, leaving her family with very few options. 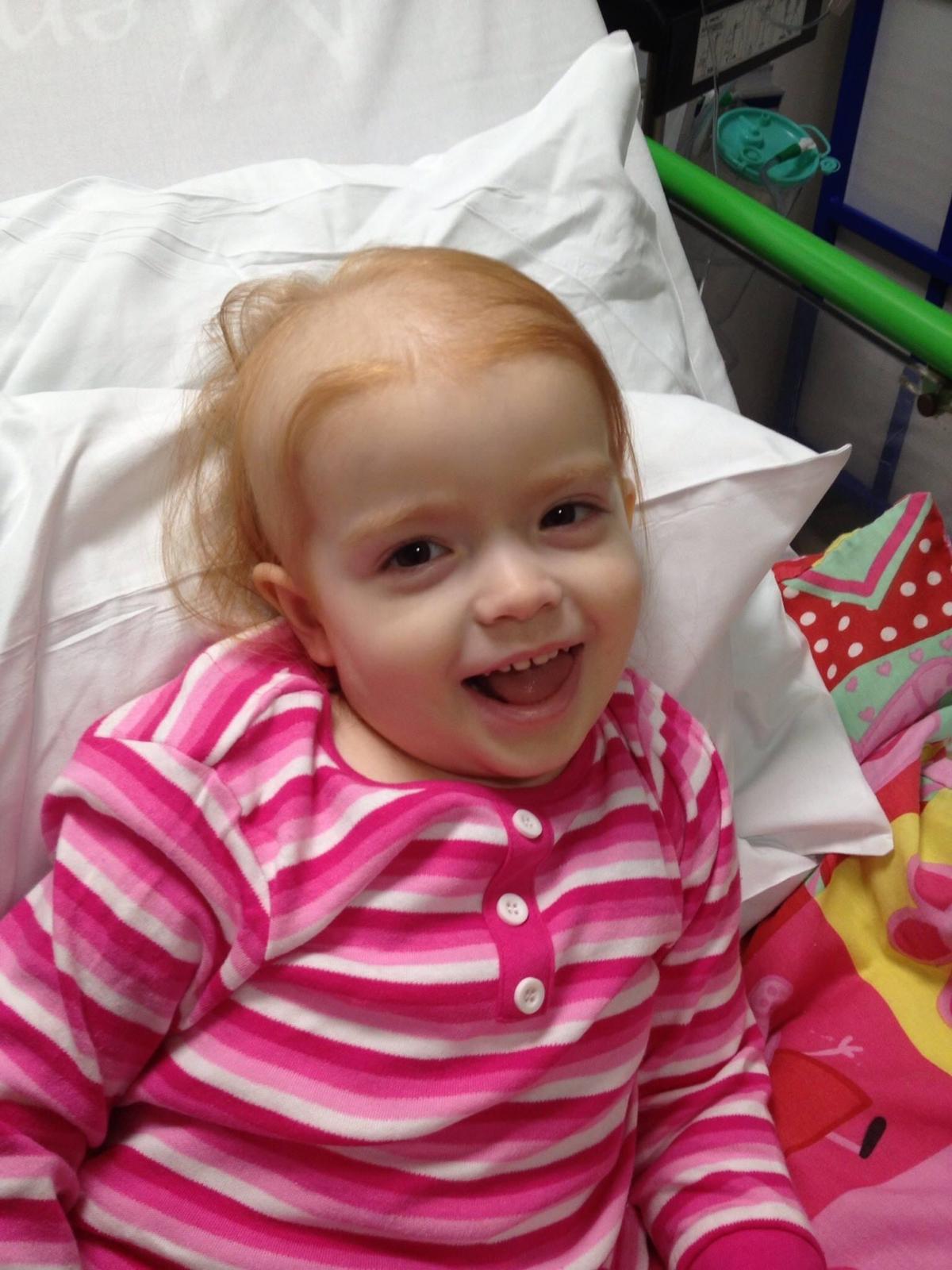 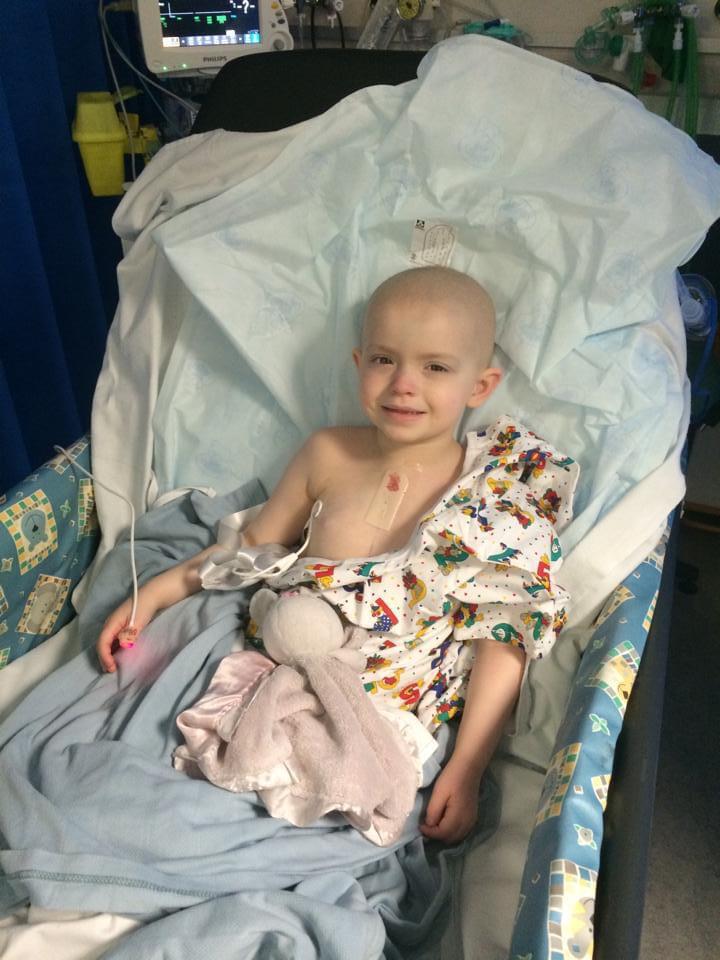 The lifesaving cancer treatment Chloe needs – a trial of immunotherapy HU3F8 with a combination of chemotherapy – is only available in New York and Barcelona.

And she needs to be able to access this treatment within a matter of weeks if the 10-year-old is to stand a chance of beating the disease.

Mum Karen Kallaste, 39, said: "The treatment Chloe needs isn’t available on the NHS in the UK, so we need to pay for it abroad. Spain is the closest country offering the trial so we would move there for 10 months.

“It’s very expensive at £273,000 for Barcelona, and should it be successful Chloe will go for further treatment in the States, which would take the total up to £400,000.

“So we are appealing from the bottom of our heart’s to the public to please help us save our little girl. She’s been through so much already. It’s going to be a huge disruption to our lives.

“Our son James has his GCSEs next year, so he will have to stay here with family who live close by.

“Chloe is not against going to the trial, but she isn’t too keen on going abroad for that long. Being away from her school, her family and friends for a long time is a big deal. 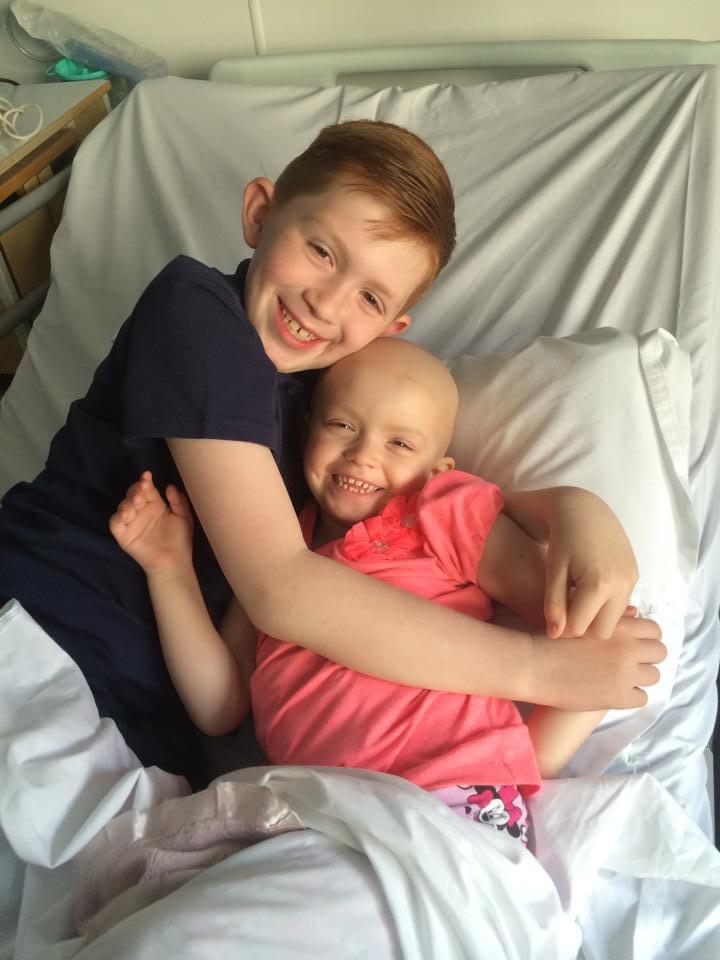 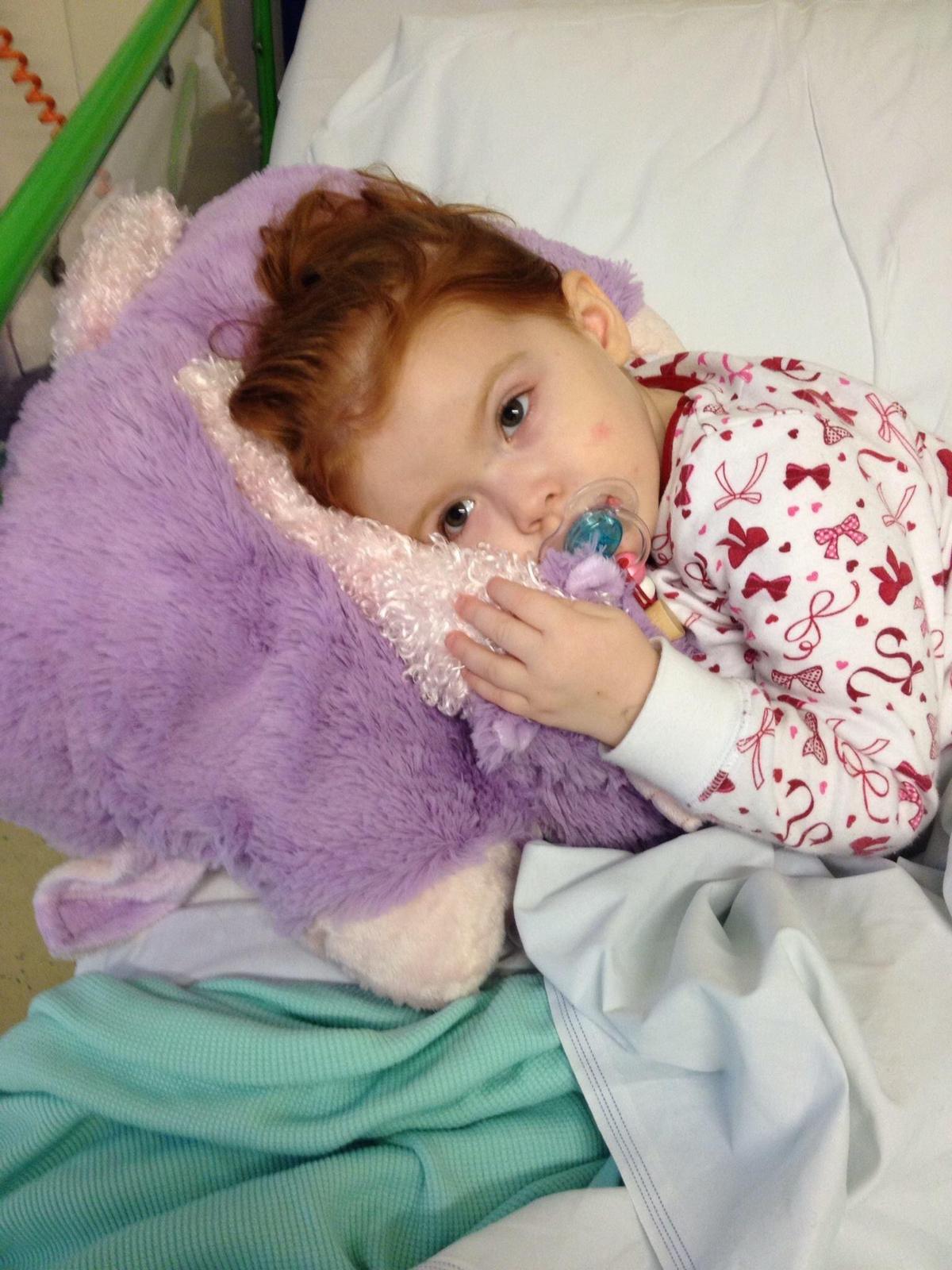 “But we’ve had to tell her that this is our only option to try and get this disease back under control or potentially get it to go away to bring her back into a remission.

“It’s not a conversation you want to have with your child but we had to explain how serious at this point it is that we do everything possible. If the trial was available here, we would do it!”

Chloe was first diagnosed aged two with neuroblastoma in 2013.

She underwent treatment under the NHS for 11 months and achieved her first remission aged three. However, just months later, her cancer returned.

She battled the disease for another 14 months, before achieving remission for a second time at just five years old.

While undergoing treatment for the second time Chloe featured in ITV documentary, Raining In My Heart.

Meanwhile, Chloe’s family raised money so she could access a pioneering preventative vaccine trial in New York in 2016.

Chloe did this – and went on to have three years cancer free.

Then nearly 4 years after it went into remission in February 2020, they were told it had returned again – and that the NHS was unable to help.

In a bid to raise £400,000, Chloe’s family, friends and supporters have so far raised £210,000, thanks to various fundraisers including slime challenges, 5km runs, auctions and sponsored walks.

While the family have also been auctioning toys donated from Mattel, Smyths and Halfords in a last bid to raise funds.

What is neuroblastoma and what are the signs?

Neuroblastoma is a rare type of cancer that mostly affects babies and young children – around 100 a year in the UK, according to the NHS.

The NHS website says it develops from specialised nerve cells (neuroblasts) left behind from a baby's development in the womb.

Neuroblastoma most commonly occurs in one of the adrenal glands situated above the kidneys, or in the nerve tissue that runs alongside the spinal cord in the neck, chest, tummy or pelvis.

It can spread to other organs, such as the bone marrow, bone, lymph nodes, liver and skin.

The cause is unknown. There are very rare cases where children in the same family are affected, but generally neuroblastoma does not run in families.

The outlook for neuroblastoma varies considerably, and is generally better for younger children whose cancer has not spread.

“We’re so thankful that so many people have helped to support us – it means the world,” said Karen

“We’re just hopeful more people can help to raise this money for Chloe to get her the treatment she desperately needs.”

Karen described their daughter as a perfectly normal baby – but things quickly changed when she was 18-months-old in 2013.

“Chloe became very bloated in her stomach and would wake in the night uncomfortable,” she said.

“I took her to the GP as she was holding her urine for up to eight hours, I thought she may have had a urine infection or constipation.

“Then within a week, she became pale, lethargic and went completely off food; she also started to limp.”

Karen, who used to be a manager at Sainsbury’s, and dad Richard, who previously worked in banking, both gave up their jobs to care for Chloe full time.

They explained to their son James, who was eight at the time that his sister had cancer.

The mum added: "It just changed our lives completely. I'd heard of childhood cancers but you just don't expect it to be your child that gets it.”

At the end of 2014, she relapsed when a spot appeared back in her sternum – and she then did 13 cycles of chemotherapy, radiotherapy and further surgery before going into remission.

Then the week before her ninth birthday in 2020, she started to feel pain in her eyes – despite her normal three-month check ups with ultrasounds, bloods and urine tests showing completely normal. 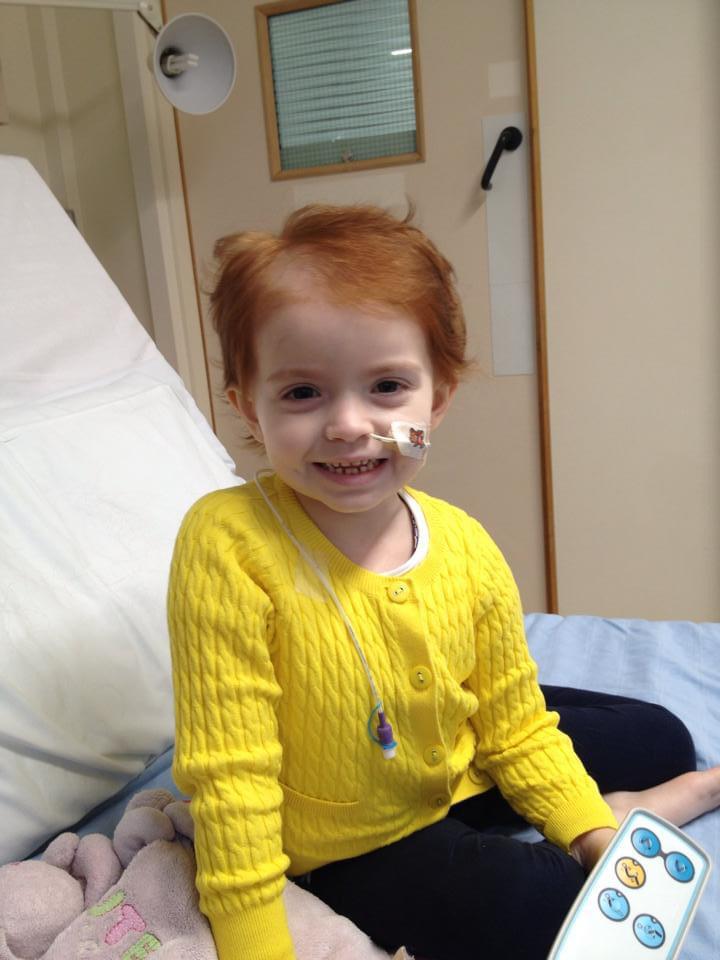 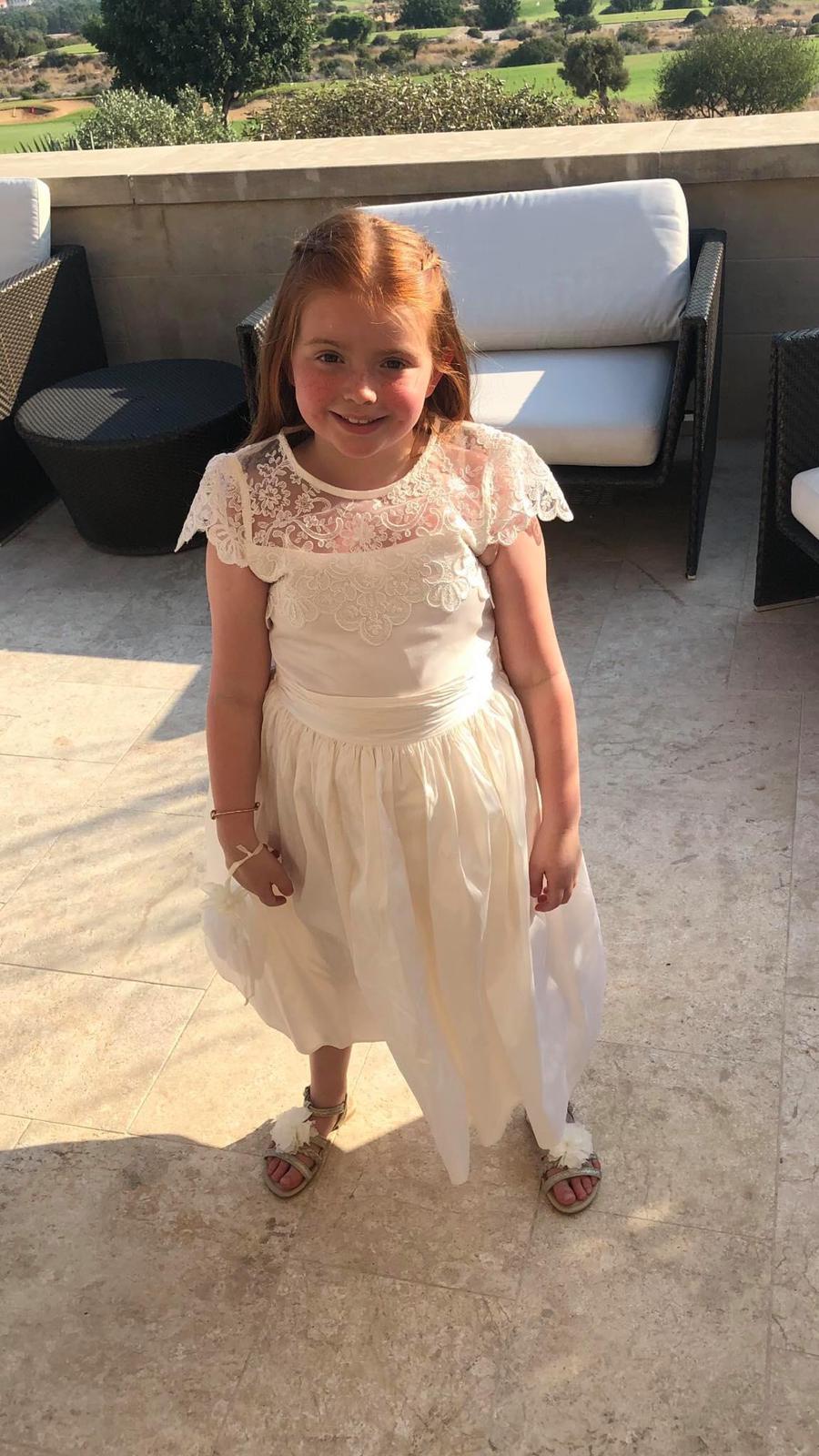 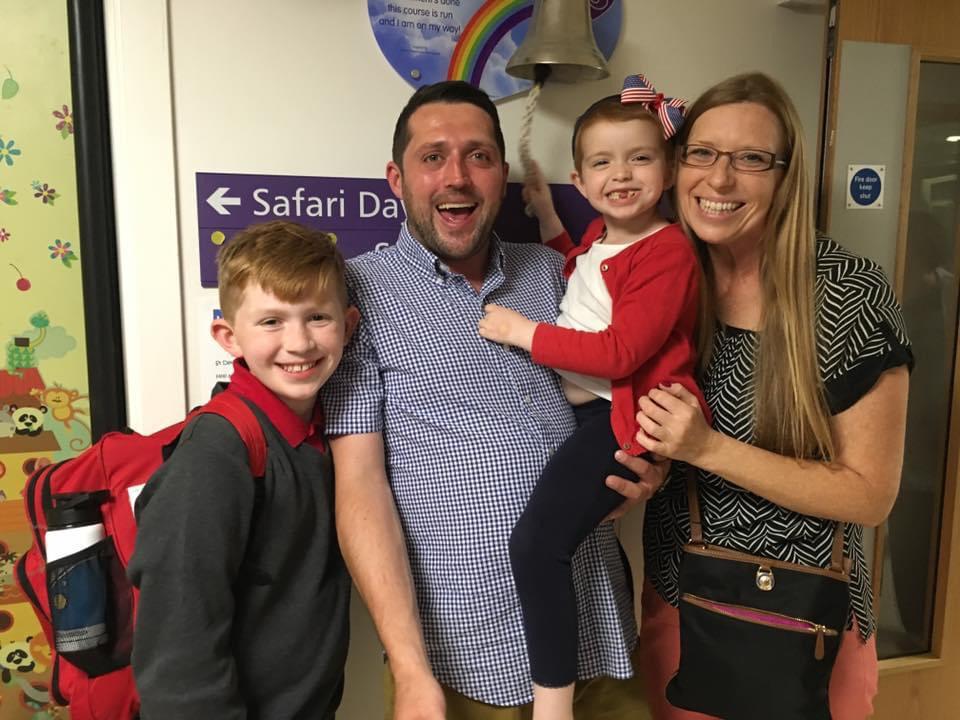 She had an MRI scan of her head and doctors called the day before her birthday to deliver the bad news. The scan found a tumour behind her eye.

They signed Chloe up for a trial to start chemotherapy and antibody treatment – which she did for six months.

Then on her 10th birthday, doctors delivered the news that the cancer had grown.

Karen said: “Here in the UK, we can't get any more antibodies.

“So the only option of an antibody that treats relapse neuroblastoma was designed as a trial in New York and is only available in Barcelona as well.

“Chloe started radiotherapy again at the beginning of May. Barcelona are happy to put her on the trial as long as there’s no progression in the scans after radiotherapy.

“The charity that we fundraise with, Solving Kids' Cancer, will get us from those stable scans to Barcelona within a week.

“It will mean me, her father and Chloe going to Barcelona straightaway for the whole 10 months.”

The family are fundraising with the charity Solving Kids Cancer, and all funds raised will go directly to the charity to pay for Chloe’s treatment costs.

The cost of the treatment in Barcelona is £273,000, and should it be successful Chloe will go for further treatment in the States, which would take the total needed to raise up to £400,000.

Any funds not used for Chloe would be put towards funding research into kinder and more effective treatments here in the UK.

You can help and donate here.