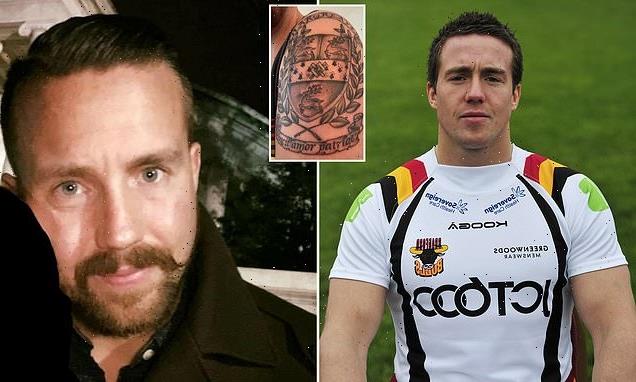 Family of missing ex St Helen’s Rugby League star Bryn Hargreaves fears he was ABDUCTED: Brother says he may have been snatched while in the shower after he vanished from his home in West Virginia five months ago

The brother of a former rugby league star who vanished without trace five months ago fears he may have been abducted.

But despite the best efforts of police to track him all down and a website launched specifically to find the ex-rugby player, searches drew a blank.

Bryn’s family have since set up an appeal to raise £20,000 to hire private investigators to probe his disappearance – after receiving legal advice from a former district attorney.

Speaking for the first time of his family’s living hell, Bryn’s brother Gareth has now said he fears the ex-Wigan and Bradford star may have been abducted. 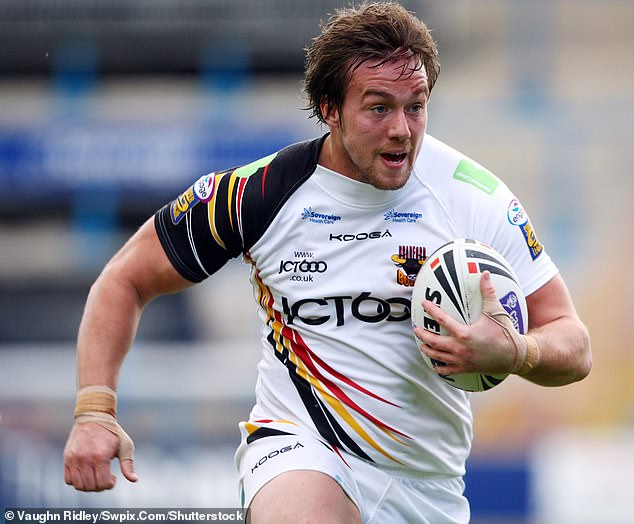 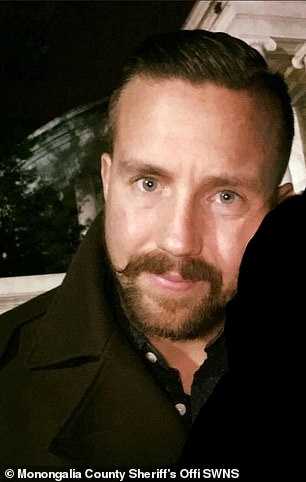 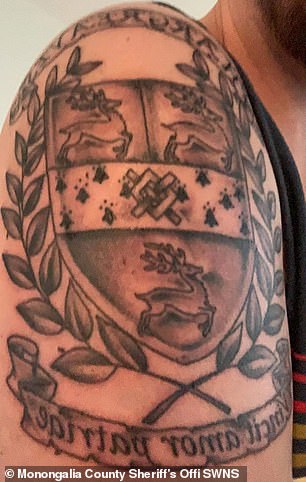 He said police were called to Bryn’s apartment building as there was water leaking into an apartment below.

They found Bryn’s apartment unlocked, but all of his belongings were there and his shower was still running.

Gareth, 38, said: ‘It’s almost like he was abducted from his shower.

‘It’s certainly a fear of mine. Obviously he was having mental health issues and in severe pain with his back from a car accident in December.

‘I think the police thought he’d done something to himself and that certainly is a possibility that we also fear. But five months later, surely a body would have turned up.

‘It’s a bit strange if you wanted to disappear to leave your apartment unlocked with all your ID and some of your prized possessions.

‘It’s one of the reasons I can’t leave this. If he’s had a rubbish time and had enough so he’s taken himself away, that’s fair enough.

‘But if something has happened and we didn’t try to help or find him I could never forgive myself.’ 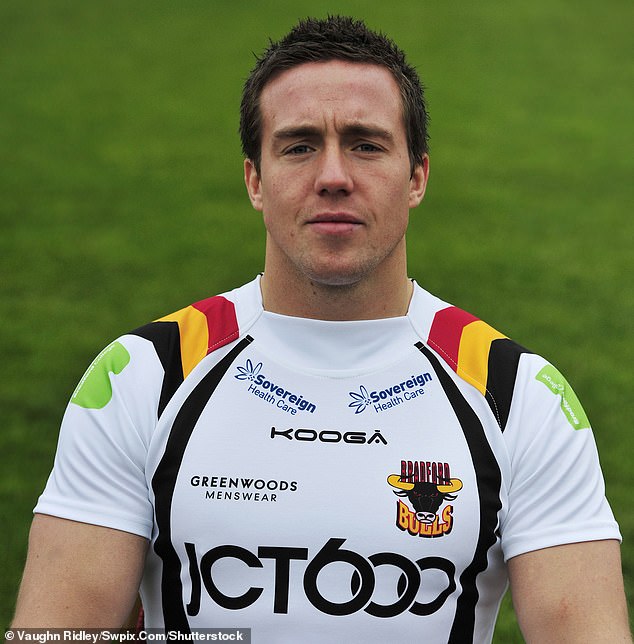 Although his career ended when he was only 26, Bryn had made almost 200 appearances for his three clubs throughout his career 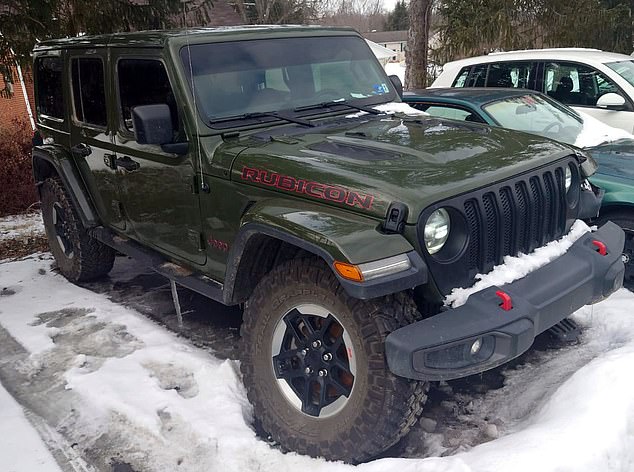 Police say the rugby star is not using his car – a jeep, pictured here after he went missing 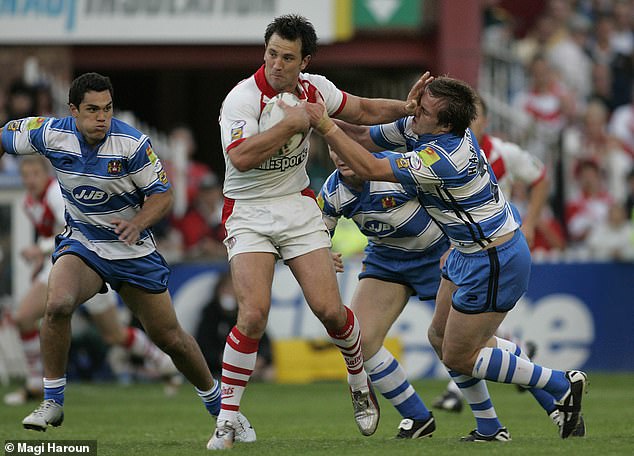 Hargreaves, pictured here on the right, played in the prop position and for Wigan Warriors, St Helens and Bradford Bulls

Bryn, who is originally from Wigan but now lives in Morgantown, West Virginia, played for Wigan Warriors, St Helens and Bradford Bulls between 2004 and 2012.

The prop forward retired aged 26 after his contract wasn’t renewed by Bradford, who had serious financial difficulties.

He made almost 200 appearances for the three clubs in total.

The rugby star, who was best man at Gareth’s wedding in 2018, last spoke to his brothers on January 3.

Two weeks later he was reported missing after his boss at work contacted his family in the UK to ask if they’d heard from him.

Bryn’s mum Maria and Bryn’s youngest brother David, 34, travelled to the USA where they spent seven weeks searching for him.

Gareth said police dredged a lake in the area and put up missing posters around the town, but eventually his heartbroken mum returned home with no answers.

So now they hope private investigators can help shed some light on the mystery.

He added: ‘They turned over every stone as you can imagine, but it’s just gone cold.

‘It’s been dreadful, it’s been the worst five months of my life.

‘My mum is broken, she’s having counselling, it’s taken such a toll on her.

‘My brother has just got married and it’s a lot for him to take on.

‘I’ve just had a baby, who is nine weeks old now so we’ve had to put it on the back burner for a little bit but now I’m trying to get life back together and chase this again.

‘I want to find him, I want to bring him home. If that’s not possible, I need closure. 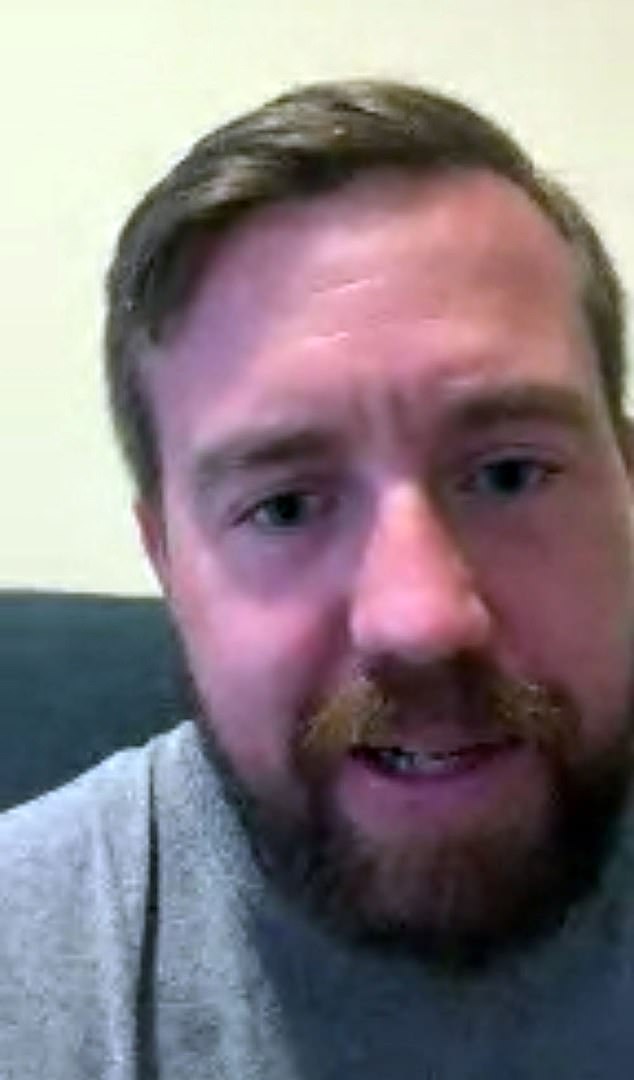 Bryn, originally from Wigan, retired from rugby league aged just 26 after becoming disillusioned with the game and moved to the US 10 years ago.

He worked in the oil and gas industry and lived in Pittsburgh with his American wife who he’d met on holiday in Mexico.

When the couple split, he moved to West Virginia, but Gareth said Bryn was left feeling isolated during lockdown and had suggested he might move back to the UK.

Gareth added: ‘Bryn had some mental health issues in the last two years.

‘He got a job in the middle of nowhere, then when Covid hit, he was completely isolated. He really struggled with his mental health.

‘We tried to get him to come home so many times.

‘He kept saying he was planning to come home in the new year, I spoke to him just before Christmas and that was the plan.

‘The last people to speak to him on January 3 were me and my brother and he seemed fine.’

A spokesman for the Monongalia County Sheriff’s Office said Bryn was reported missing to them on January 16.

Sadly, nobody was able to give a date or location where he was last seen or what he was wearing, which police said hindered their attempts to find him.

Sniffer dogs were deployed to the Cheat Lake area of Morgantown, but to no avail.

Bryn is described as 6’2, 220lbs and has a distinctive tattoo of his family crest on his right arm.

The family continue to raise money via their Gofundme page, which states all cash donated will be used to fund the investigation into his disappearance, as well as to repatriate his body if he is tragically found to have died.

The fund had raised £2,280 at the time of publication.

The page adds: ‘Some monies may need to be used for legal expenses in sorting and protecting Bryn’s assets, with my mum potentially needing to go back over to the USA to do so.

Any remaining balance will be donated to Rugby League Cares to continue their great work in the aftercare of players and generally within the rugby league community.’

Anyone with information is urged to contact the Sheriff’s Department.

Visit the Gofundme to donate to the family’s fundraising.