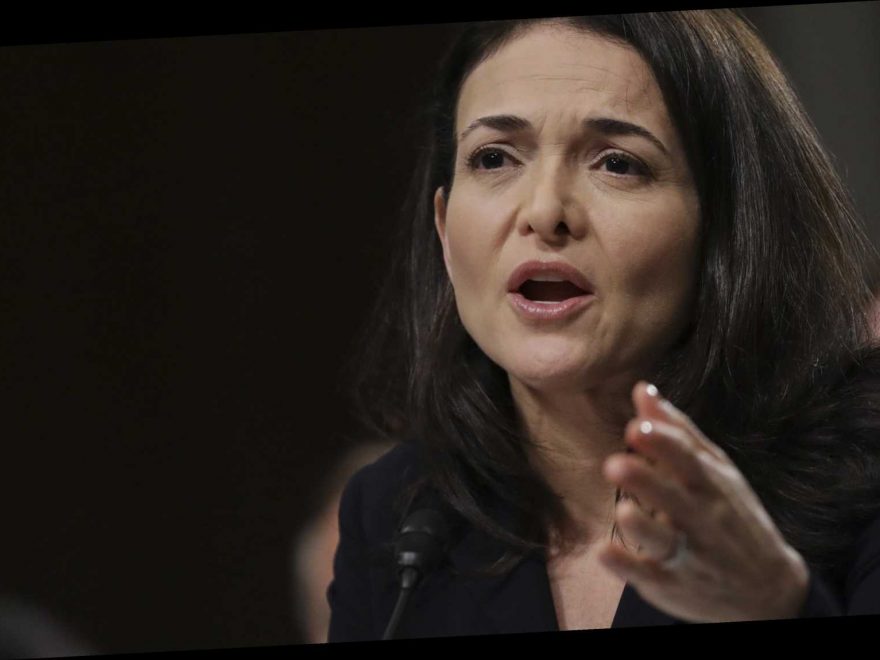 Former Republican congressman from Texas sounds off on ‘Your World’

Several Democrats and a liberal watchdog group slammed Facebook for doing too little, too late to crack down on pro-Trump, radical groups organizing violence in Washington, even as the the tech giant tried to shift blame over the Capitol riot to Parler, and other platforms popular with conservatives.

Facebook chief operating office Sheryl Sandberg said at the Reuters NEXT conference Monday that Facebook took down QAnon, Proud Boys, “Stop The Steal,” and “anything that was talking about possible violence last week.”

“Our enforcement’s never perfect, so I’m sure there were still things on Facebook — I think these events were largely organized on platforms that don’t have our abilities to stop hate, and don’t have our standards and don’t have our transparency,” Sandberg said. “But certainly to this day we are working to find any single mention that might be dangerous and making sure we get it down as quickly as possible.”

Jon Cooper, an ally to Joe Biden who has worked for both his and President Barack Obama’s campaigns in the past, scoffed in a tweet at the clip of Sandberg at the conference.

“It’s amazing how effortlessly Facebook COO Sheryl Sandberg can lie through her teeth,” he said.

Democratic Illinois Rep. Jan Schakowsky also tweeted: “Is a Sheryl Sandberg denial a prelude to a Zuckerberg apology? Either way both are inadequate and demonstrate why they both need to resign.”

The same day Sandberg delivered those remarks, Media Matters for America, a liberal watchdog that has monitored Facebook content, identified at least 70 active Facebook groups either named for or affiliated with “Stop the Steal,” which is the movement of people who insist based on President Trump’s assertations that there was widespread fraud in the presidential election.

According to the analysis, 46 of those “Stop the Steal” groups were private.

“Sandberg is right that Facebook’s enforcement is ‘never perfect,’ but given the sheer number of ‘Stop the Steal’ groups and the environment of misinformation that has festered on the platform for years, it shouldn’t have taken a siege of the nation’s capital for the company to act,” Media Matters wrote in a blog post on its website.

Rachel Cohen, communications director for Democratic Sen. Mark Warner agreed with Media Matters. She responded to Sandberg’s remarks with links to several news reports claiming Facebook allowed the group “Women for America First,” behind the original 30,000-member “Stop The Steal” group, to continue to promote events calling for an overturn of the presidential election.

A CNBC analysis shared by Cohen said the 80,000-member Facebook group “Black Conservative Fund” called on people to march on the Capitol. The New York Times reported that a Republican county commissioner from New Mexico discussed a rally at the Capitol that would leave “blood running out of the building” in a video to his Facebook group, “Cowboys For Trump.” BuzzFeed reported that a Facebook group called Red State Recession sent its nearly 8,000 members to a website offering travel routes to Washington and provided memes to share to social media.

In preparing for the presidential inauguration next week, Facebook announced Monday that it began removing content containing the phrase “stop the steal” from Facebook and Instagram. The company removed the original Stop the Steal group in November and said it has “continued to remove Pages, groups and events that violate any of our policies, including calls for violence.”

“We’ve been allowing robust conversations related to the election outcome and that will continue,” an online memo said. “But with continued attempts to organize events against the outcome of the U.S. presidential election that can lead to violence, and use of the term by those involved in [Jan. 6]’s violence in D.C., we’re taking this additional step in the lead up to the inauguration. It may take some time to scale up our enforcement of this new step but we have already removed a significant number of posts.”

WANT TO GET AWAY FROM BIG TECH? HERE’S HOW

The efforts by those mainstream platforms, prompted by the deadly rampage at the U.S. Capitol on Jan. 6, will likely succeed, according to social media and misinformation experts. But the crackdown could send some of Trump’s fiercest supporters into spaces on the internet where conspiracy theories and violent rhetoric run rampant.

“We’re going to see less opportunity to radicalize new people” on mainstream platforms, Kate Starbird, a leading misinformation expert at the University of Washington told the AP Wednesday. “But for those who are already radicalized, or already down the rabbit hole with conspiracy theories, this might not make a difference if the places they go become echo chambers.”

Facebook and Instagram also suspended Trump through the end of his term. Twitter banned Trump’s account and 70,000 accounts associated with the far-right QAnon conspiracy theory. Snapchat banned Trump as well, and on Wednesday, YouTube suspended his channel for at least a week.

RON PAUL BAFFLED AT BEING CENSORED BY FACEBOOK: I AM ‘NON-INTERVENTIONALIST’ AND PREACH ‘NON-VIOLENCE’

The crackdown prompted many conservative posters to consider more obscure alternative platforms such as Gab, which has marketed itself to Trump supporters. Gab CEO Andrew Torba, who describes himself as a “Christian entrepreneur and American populist,” posted Wednesday that 1.7 million users signed up in the past four days.

Other platforms attracting Trump supporters include Signal and Telegram, messaging services already used by people and groups with different ideologies around the world, as well as a growing list of lesser-known platforms, such as Rumble, MeWe and CloutHub. Telegram announced Wednesday that it had more than 500 million users, with more than 25 million signing up since Sunday

Many of the smaller sites already were havens for extremists and conspiracy theorists who have been kicked off Twitter, YouTube and Facebook, said Jared Holt, a disinformation researcher at the Washington-based think tank the Atlantic Council.

“In the worst-case scenario, I could envision there’s a potential here for mass radicalization if droves of people show up on the platforms that have been the stomping grounds for extremist movements,” Holt told the AP.