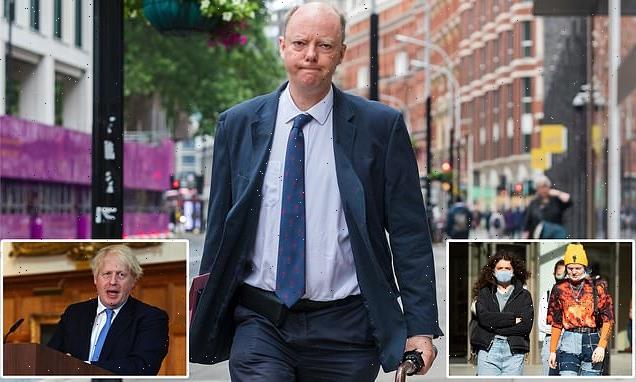 Voters are ready to embrace the freedom of the July 19 reopening, but fears over a Covid surge means we could still have to wear masks

A new poll suggest more than half of British voters back the removal of all restrictions come Freedom Day on July 19, but face masks may remain if Covid cases continue to spike.

England’s Chief Medical Officer, Professor Chris Whitty, is privately predicting that face masks will remain in use, particularly in confined spaces after July 19, according to the Times.

That’s despite more than half (58 per cent) of those polled in a new YouGov survey who say they are in support of removing any remaining restrictions, with less than 30 per cent opposing.

Although Whitty is comfortable as a backseat advisor while ministers make any final policy decisions, he has reportedly been telling colleagues that people might need to wear masks on public transport or in enclosed areas without social distancing.

Half of voters in the new Times poll insist they will keep their face masks on even if it is no longer mandatory, with just a third saying they will definitely drop the face coverings.

Boris Johnson said he believes the UK’s vaccine rollout has ‘broken that link between infection and mortality and that is an amazing thing’.

The final stage of the PM’s lockdown exit roadmap is due to take place in just over a fortnight, with all remaining curbs potentially being lifted. 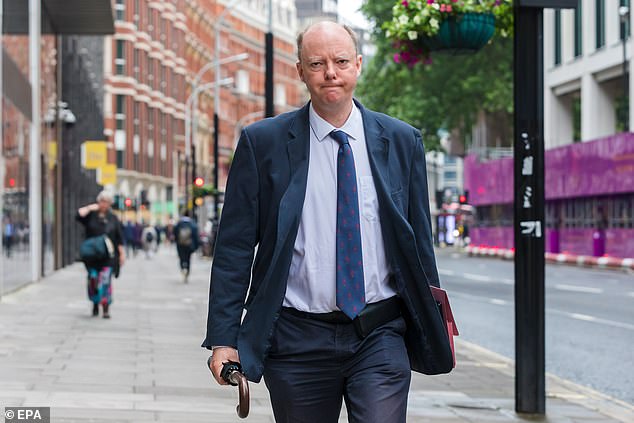 Chief Medical Officer Professor Chris Whitty is reportedly privately predicting that face masks will remain in use, particularly in confined spaces with no social distancing, after July 19 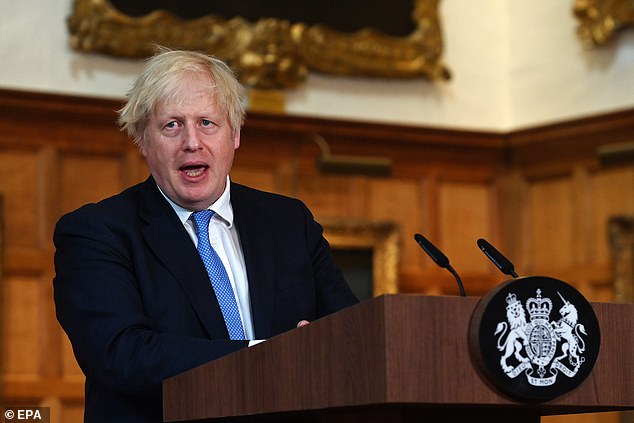 The majority of those asked as part of the YouGov poll agreed that legal curbs on our freedoms should conclude on July 19.

Those surveyed suggested they would support the return of draconian measures if deaths began to significantly rise again – 44 per cent said they backed restrictions returning if a new variant arose and caused over 5,000 deaths, compared to 36 per cent who disagreed.

It comes as health chiefs reported another 27,125 infections in the last 24 hours, up on the 15,810 recorded last Friday and the fifth day in a row the daily figure has surged above 20,000.

304 patients were admitted with the virus on June 28, which was up a third on the last week – and a further 27 deaths were recorded yesterday, up 50 per cent on the 18 recorded last Friday. 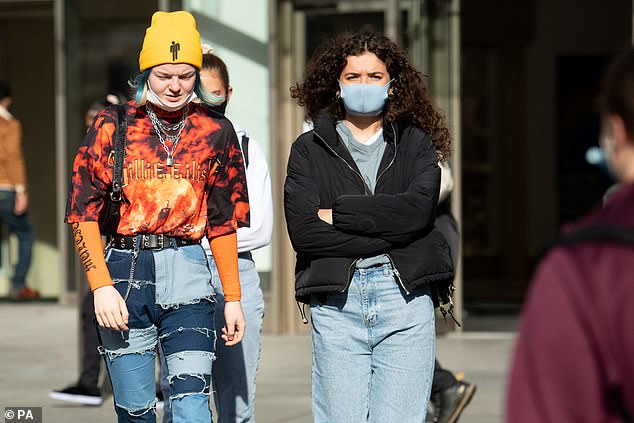 More than half (58 per cent) of those polled in a new YouGov survey say they are in support of removing all remaining restrictions on July 19, with less than 30 per cent opposing

Commenting on the findings, Oxford University’s Professor James Naismith said it was thanks to vaccines that surging cases were not fuelling a spike in deaths, adding the UK’s ‘point of maximum danger has probably passed’.

The infectious disease expert, and director of the Rosalind Franklin Institute, said: ‘The Prime Minister’s decision to delay unlocking for a month has been validated; more people have been vaccinated and Delta (Indian variant) has been slowed.’

Voters were also asked on the effectiveness of the ‘bubble’ system in schools that has seen tens of thousands of pupils across the country sent home prematurely.

Just under half (47 per cent) agree with schools who send pupils home when classmates test positive, with 36 per cent disagreeing according to YouGov.