SEAWORLD has long battled claims about the conditions its captive killer whales are kept in, including allegations they suffer such acute stress they become ill, aggressive and die early.

This week, the park came under further scrutiny following the "sudden and unexpected" death of San Diego orca Amaya – with the cause of death pending. 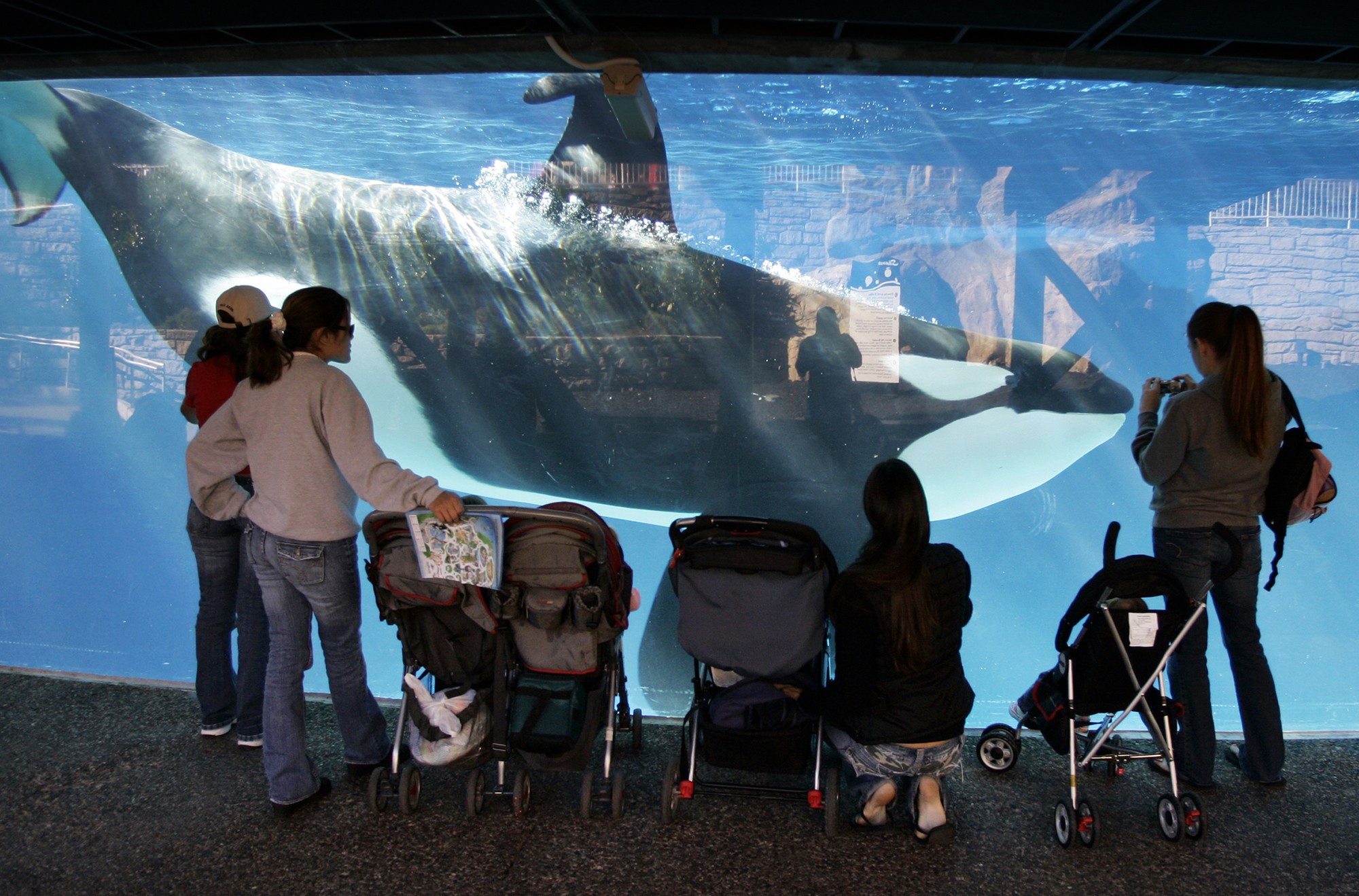 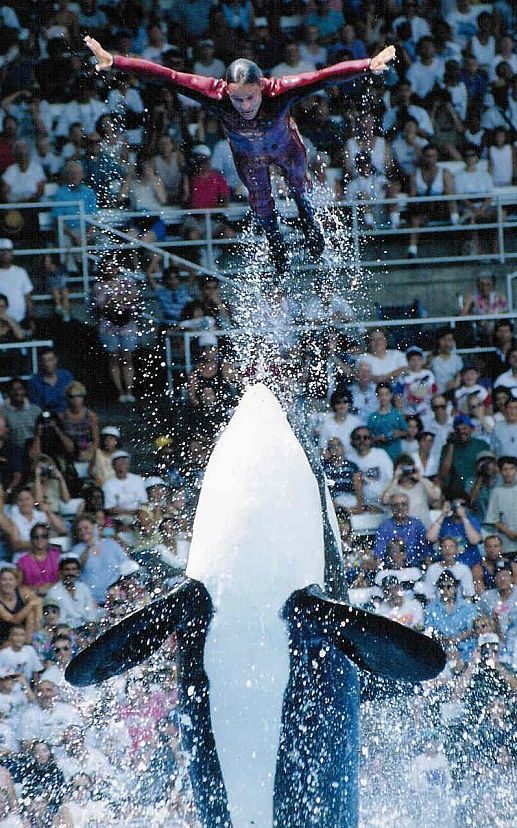 Her death was announced by the park in a statement, saying: “It is with a heavy heart SeaWorld announces that Amaya, a 6-year-old female orca, died unexpectedly on August 19, 2021…The entire SeaWorld family is saddened by the loss.”

While the park added the specialists who cared for the whale were left "heartbroken", at least 24 orcas have died at SeaWorld’s three parks over the years, according to the non-profit Whale and Dolphin Conservation USA.

The parks have long come under scrutiny, with campaigners arguing the 36ft pools the whales are kept in are inhumane for the mammals.

Previously speaking to the Sun Online in 2018, former SeaWorld trainers John Hargrove and Jeffrey Ventre claimed during their time working for the park whales were routinely drugged and deprived of food, and even self-harmed as a result of the psychological trauma they suffered.

Jeffrey Ventre was initially delighted when he landed the role of SeaWorld trainer in 1987, saying: “My day to day activities were performing for the public and taking care of whales and dolphins.

"I was initially happy as it's pretty hard to do because so many wanted to be trainers, and I felt honoured to be working with marine mammals."

However, over the next eight years, he discovered the horrifying truth.

He says: “The job is more akin to a stunt man or clown performing with captive animals using food deprivation as a motivator."

They would grind their teeth or chew concrete out of boredom, causing dental damage, and "raking" – scratching each other with their teeth – was common.

He says: “There was a lot of self-mutilation. Jaw popping was regularly seen – it's a threat display between two orcas."

Jeffrey claims the whales were medicated daily for medical conditions – but also to control their behaviour.

“The whales and dolphins were stressed and this caused stomach ulcers," he explains.

"So they got meds for that. They also got chronic infections, so they got antibiotics. They were also sometimes aggressive or hard to control so they could be given Valium to calm their aggression.

“All whales were getting vitamins packed in their fish. Several got daily antibiotics, including Tilikum, for chronic teeth infections.”

Inbreeding was also common, with John recalling a whale called Taku – Tilikum's son – mating with his own mother.

He remains deeply affected by what he saw, explaining captivity cut the whales' lives short.

He adds: "I worked with some whales that were on medication every day of their life and have personally watched whales die at very young ages from disease.

“It was the most difficult decision in my life to have to walk away from the whales I loved to be able to become a whistle-blower and expose the industry."

SeaWorld killer whale Tilikum was connected to the death of three people, and he became the focus of 2013 documentary Blackfish.

On February 24 2010 trainer Dawn Brancheau, 40, who had worked at SeaWorld for 16 years, died at the Orlando park after Tilikum pulled her into the water by her ponytail.

She suffered “multiple traumatic injuries” and was held under the water until she drowned.

John was devastated by her death.

He says: "I was personal friend with Dawn Brancheau for nine years before Tilikum killed and dismembered her."

Dawn is not the only human casualty.

Before he arrived at SeaWorld, Tilikum was involved in the death of another trainer.

The incident happened at Sealand of the Pacific, a marine park that has since closed down in British Columbia, Canada, in 1991, with the trainer accidentally falling into a tank with Tilikum and two other whales.

Then in 1999, trespasser Daniel Dukes was found dead after entering Tilikum’s tank at night. 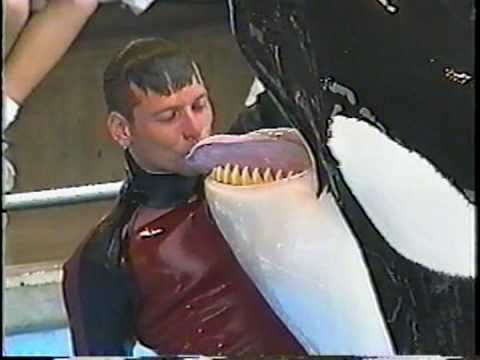 'A whale grabbed me and held me under'

Jeffrey claims attacks on trainers were common because stress made the orcas hyper-aggressive – but many of the incidents weren't reported.

“I was involved myself and witnessed other trainers getting dunked, and shoved by the whales, and Taku rammed me underwater," he says.

"This was never reported. But 'stuff' like this was a common occurrence."

John adds: "I worked with 20 different orcas in my career and swam with 17 of them.

"The three I didn’t swim with were because they were classified as 'non-waterwork whales' and no trainer swam with them.

"I had 10 major 'waterwork aggression' incidents during my career where whales grabbed me in their mouth and held me under."

Jeffrey claims trainers were forced to lie to the public about the whales, passing off injuries they sustained from captivity as normal.

One of those is dorsal fin collapse, where the dorsal fin leans to one side.

The reason this happens isn't totally known, but scientists have suggested it's due to stress and reduced activity.

Jeffrey explains: “We were also given scripts for educational shows that were filled with errors that were actually public relations talking points.

"For example, when we spoke to kids we were told to tell them that killer whales live 25 to 30 years on average. This is not true.

"We also told the public that dorsal fin collapse was genetic or a fairly regular occurrence in the wild, which is isn't.”

In the wild, killer whales live to between 50 and 80, where in captivity their life expectancy is around 17 years.

Jeffrey left the job in 1995 and John quit in 2012, with both realising the negative impact the industry was having on both trainers and whales.

John now campaigns for better conditions, saying: "By speaking out it helps with the guilt I still keep buried inside me for being able to walk away and go on with my life when those whales I loved more than anything, could not."

Jeffrey, a medical doctor and specialist in physical medicine and rehabilitation, now lives in Washington. He campaigns against keeping orcas in captivity, and in 2016 SeaWorld announced they were ending their breeding programme

Twenty-two orcas now remain at the park's Orlando, San Antonio, and San Diego attractions. The youngest Amaya was born in 2014.

Jeffrey says: “It's hard to significantly improve their lives in small pools as most of the issues of deconditioning, broken teeth, hyper-aggression, mortality and morbidity are a function of captivity.

“A step in the right direction is to a protected sea pen where they have an entire cove to play, interact with kelp and fish, be together and not performing shows, but also an area where they can get teeth flushings and medical care.”

PETA Director Elisa Allen says: "In the open ocean, orcas travel more than 100 miles each day, feeling the currents, seeing other marine life, accompanied by family, and raising and teaching their offspring – but in captivity, they can do little else but swim in endless circles.

"This life of frustration, stress, and loneliness takes an enormous toll, and orcas in captivity die far short of their natural life expectancy.

"Anyone with a heart can only be moved by their plight and stay far, far away from these 'abusement' parks."

Addressing the claims, a Seaworld spokesperson said: “These are many of the same tired, false and misleading claims uninformed activists and disgruntled former employees have been repeating for years.

“Our animal welfare practices are accredited and reviewed by organizations such as American Humane, the Association of Zoos and Aquariums, Alliance of Marine Mammal Parks and Aquariums and U.S. Department of Agriculture's Animal and Plant Health Inspection Service, so any notion that SeaWorld abuses animals is categorically false.

“The fact is, no one does more to protect marine mammals and advance cetacean research, rescue and conservation than the more than 1,000 dedicated animal care experts at SeaWorld.”

"SeaWorld maintains the highest standards of care for all animals, including cetaceans.

"And regardless of TripAdvisor’s position, SeaWorld will continue to advance education and animal conservation efforts along with our millions of supporters, professional scientists and other science based organizations around the world.” 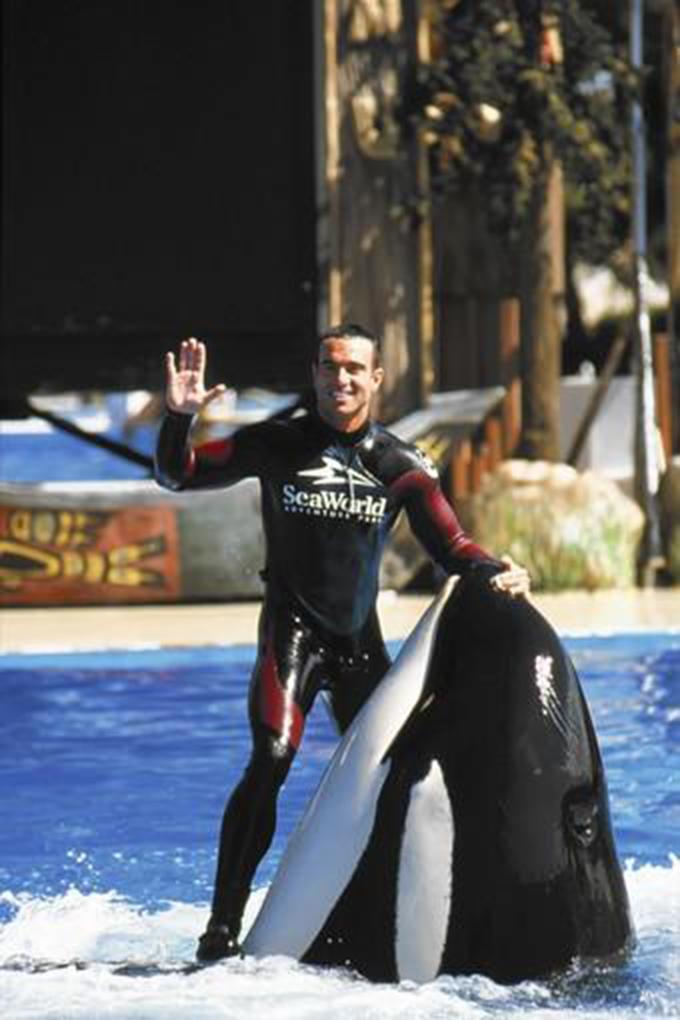 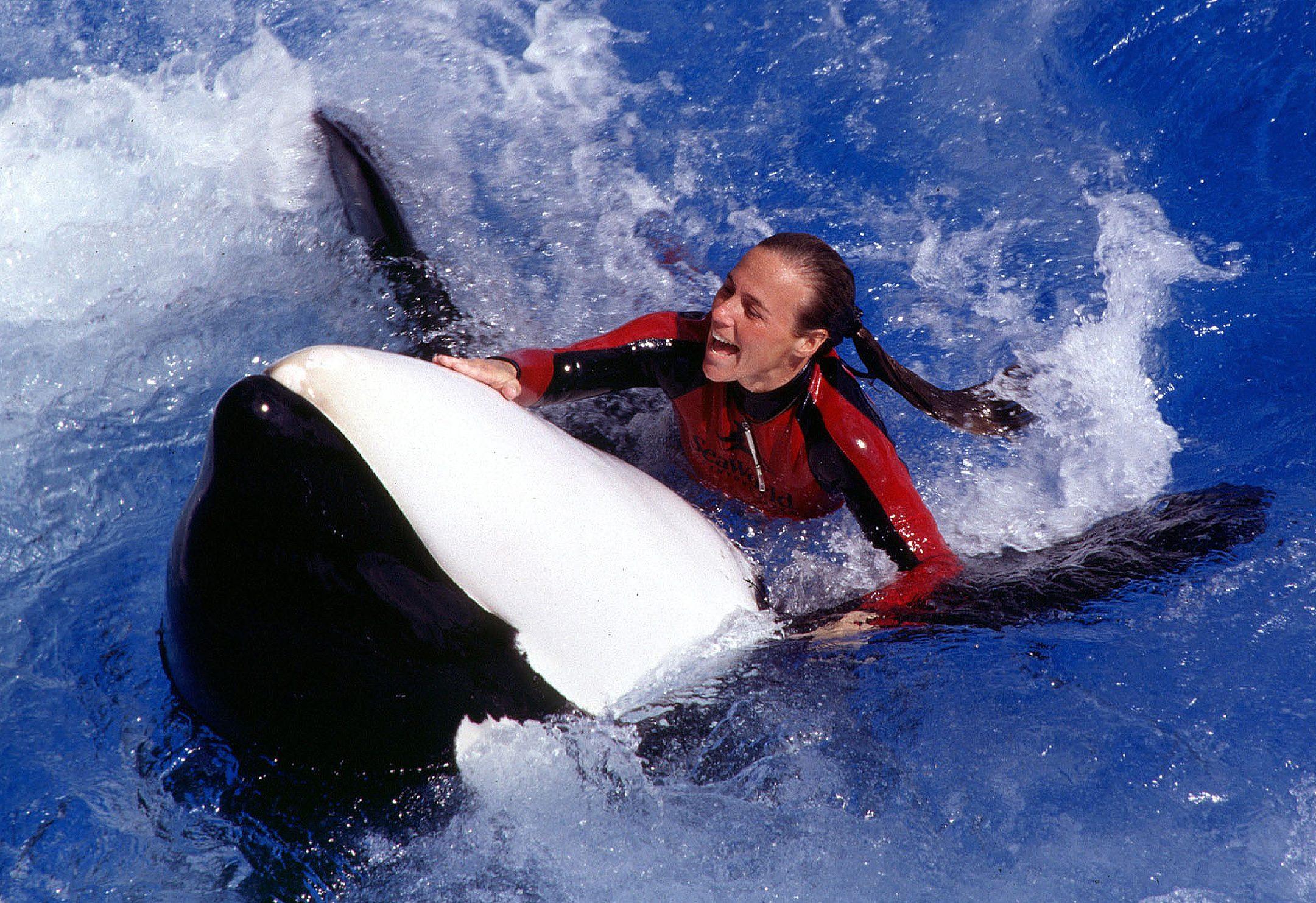 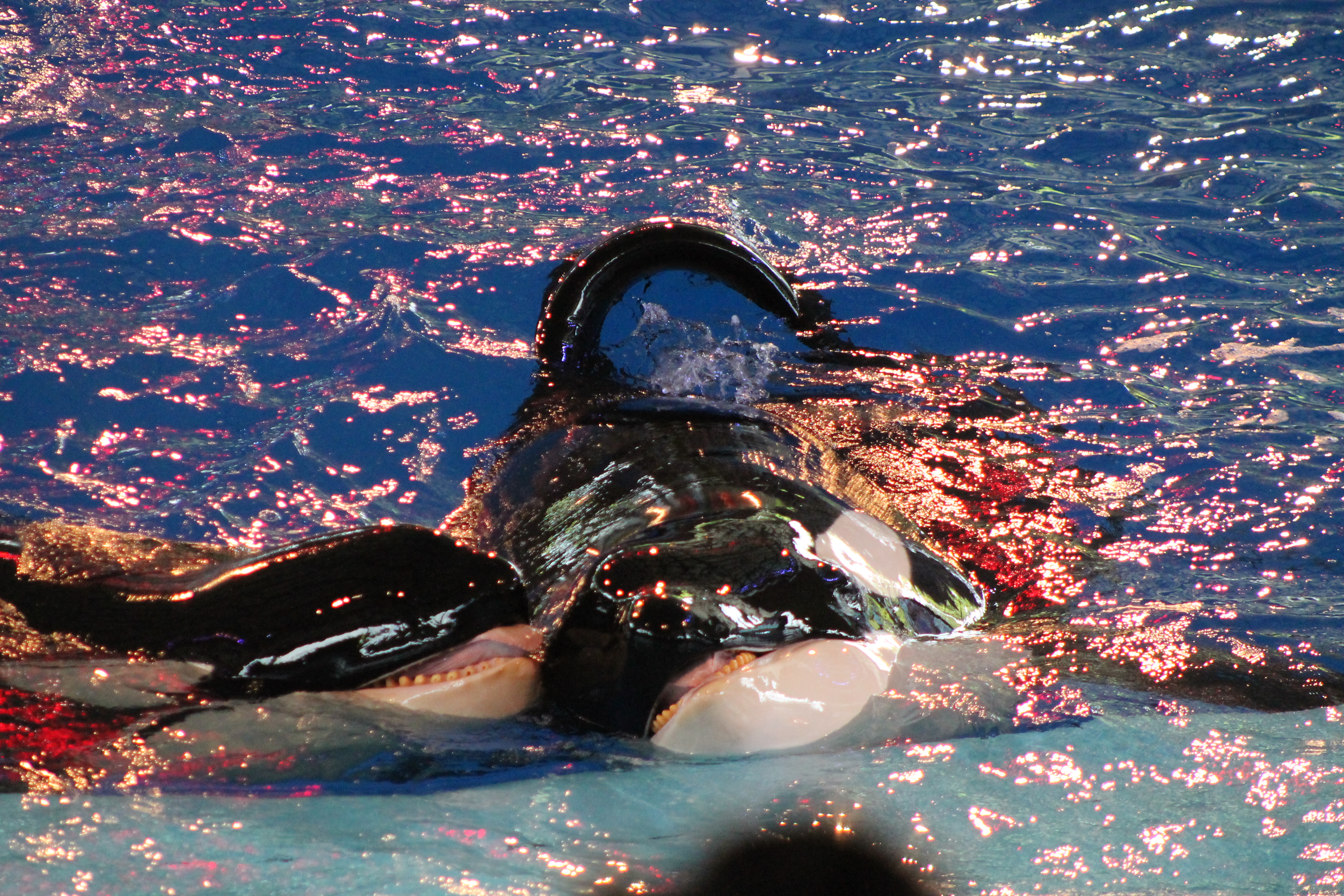