Ruggs, who was arrested last year after he allegedly killed a 23-year-old woman and her dog after crashing into her car, is now due in court on May 19. His attorney told ESPN that “there is material that still needs to be reviewed and evidence inspected.”

Las Vegas police said that Ruggs was driving more than 156 miles per hour on a residential street with his girlfriend last November around 3:30 a.m. when he crashed into another woman’s car.

The woman, 23-year-old Tina Tintor, was pronounced dead at the scene. Her dog, Max, was also killed. Officials later determined that Tintor died of “thermal injuries due to a motor vehicle collision.”

Ruggs was arrested, and police said that his blood-alcohol level was at 0.161 — which is more than double the legal limit in Nevada. He was released by the Raiders hours after his arrest.

Ruggs was charged with DUI resulting in death, DUI resulting in substantial bodily harm and two counts of reckless driving. He is also facing a misdemeanor firearms charge. If convicted, he could face up to 50 years in prison. 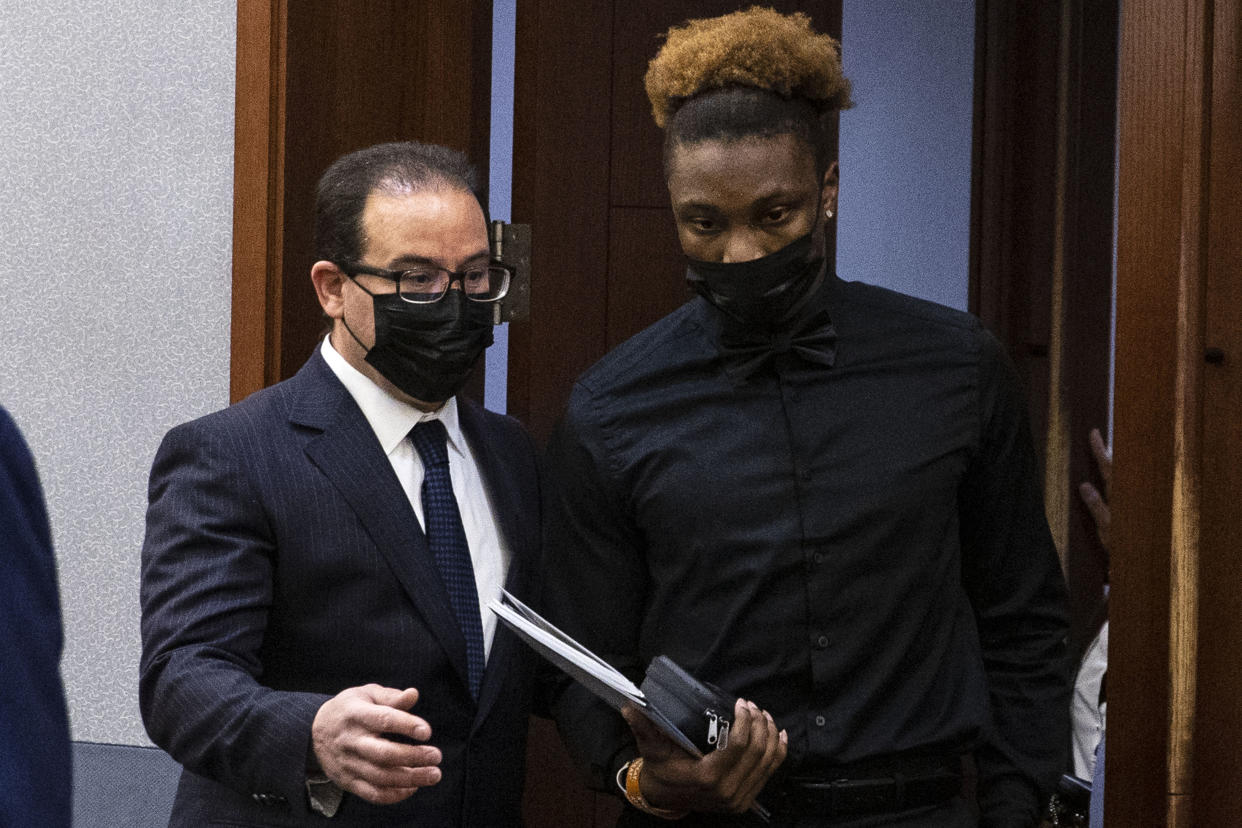