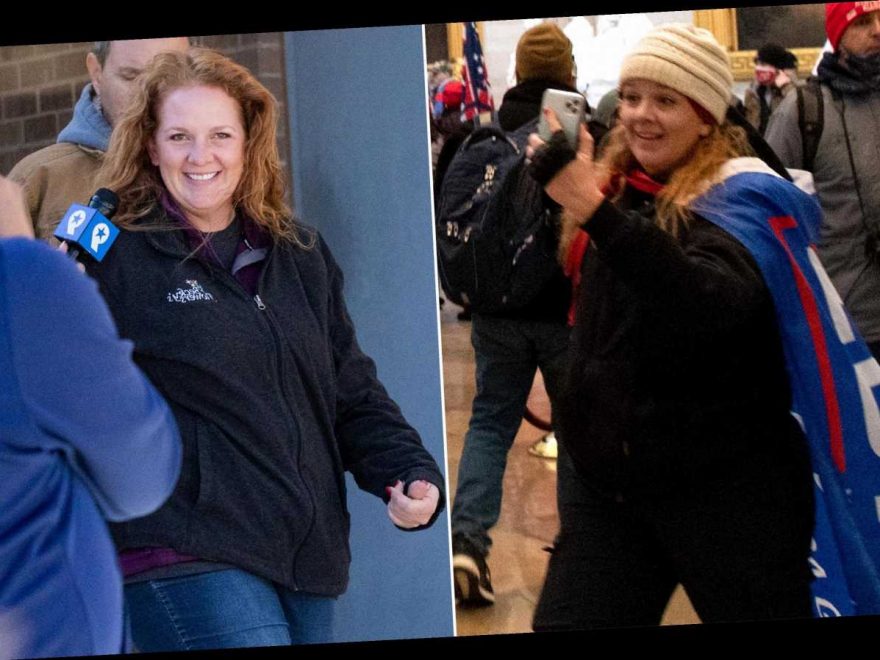 Items from Capitol riot will end up in the Smithsonian

Graham, Gaetz lash out at GOP colleagues over impeachment vote

The one-time Texas mayoral candidate who bragged about tearing down House Speaker Nancy Pelosi’s office door during last week’s storming of the US Capitol was all smiles following her court appearance Wednesday.

Jenny Cudd was pictured beaming from ear to ear as she left a Midland courthouse, where she appeared before US Magistrate Judge Ronald Griffin on charges of entering a restricted building and disorderly conduct, the Midland Reporter-Telegram reported.

Cudd, who now owns a flower shop, was taken into custody earlier Wednesday, along with another rioter, Eliel Rosa, in connection with the Jan. 6 insurrection, said Daryl Fields, a spokesman for the US Attorney’s Office in San Antonio.

After the siege, Cudd posted a video on Facebook laughing about her involvement and boasting that “we did break down … Nancy Pelosi’s office door” and “stole her gavel.”

But in a video message to the Associated Press, Cudd claimed she did not personally go into Pelosi’s office or see people break down the door. The “we” in her message referred to everyone at the Capitol, she claimed.

“I walked through an open door into the Capitol along with several hundred other people,” she said.

She insisted she personally did not do anything violent or destroy property.

“She’s basically just been charged with being there,” said her attorney, Don Flanary.

“She did not break into Nancy Pelosi’s office. She didn’t go anywhere inside or near it.”

“We’re pretty confident that the cameras will show she was only in the public portions of the Capitol,” he added.