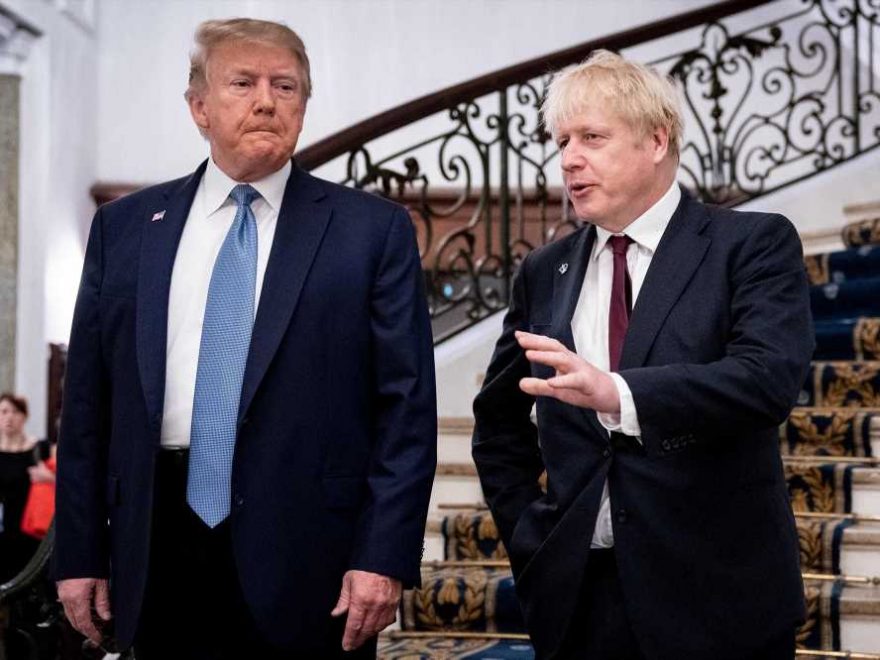 Will Team Biden ever get tough on China over COVID's origins?

In the race to save lives from the novel coronavirus, the United States and Britain are winning. A stunning 47 percent of UK residents and 36 percent of US residents have received at least one dose of a COVID-19 vaccine. Compare that with the European Union, where only 15 percent of the population has gotten at least one jab.

America and Britain are ahead thanks to the brash nationalism of UK Prime Minister Boris Johnson and former President Donald Trump — the very quality that drew the ire of the trans-Atlantic elite. The political import is especially ironic in the American case: While our blue-check Twitterati were busy using Europe as a supposed exemplar to bash Trump, the 45th president was getting things done.

The United States is now vaccinating as many as 4 million people a day, and President Joe Biden has announced that vaccines are plentiful enough that all adults will be eligible by May 1. It’s a remarkable achievement.

Biden gets some credit for distributing the shots, but Trump is responsible for producing  vaccines in record time and guaranteeing that America had first dibs on the supply. The current president claims he inherited a mess. In fact, he inherited a miracle — Trump’s Operation Warp Speed.

In the spring of 2020, Trump put America at the front of the line for whatever vaccines would ultimately be produced. He had the foresight to contract with not one or two, but six different vaccine companies for a total of 800 million doses. Not all six companies’ vaccines would actually be approved and put into use, but he went for all six, because failure was not an option.

Operation Warp Speed paid firms to manufacture the vaccines before clinical trials proved they were safe and worked. Companies couldn’t take that risk on their own. It was a bold strategy, and it worked.

Trump insisted he would have vaccines ready by the end of 2020, a goal naysayers like government virus guru Anthony Fauci said was impossible. Thousands of column inches and many more tweets mocked Trump’s optimism. Before the novel-coronavirus vaccines, the fastest ever vaccine development — for mumps in the 1960s — took four years.

Johnson, like Trump, showed the pluck to partner with the drug companies early and lock in Britain’s future vaccine supply. Meanwhile, the European Union dithered over what to buy and at what price. By the time the Brussels bureaucrats contracted with vaccine developers, 105 days after Johnson signed his deals, it was slim pickings.  That’s largely why the European nations lack supply now.

Looking back, French President Emannuel Macron admits, “We didn’t shoot for the stars. That should be a lesson. We were wrong to lack ambition, to lack the madness . . . to say: ‘It’s possible, let’s do it.’ ”

Now EU countries are so desperate for supply that Hungary has bought 5 million doses from the Chinese state-owned company Sinopharm for a whopping $36 a dose, probably the highest price in the world. Amazing, since China refused to publish clinical data proving the vaccine works. Now there are signs it’s far less effective than the Chinese implied.

Britain has plenty of supply, and Johnson regards that as a vindication of Brexit and proof of the “innovative genius and commercial might of the private sector.” Spoken like his sometime-buddy Trump.

Yet the enemies of both men have tried to rewrite history, with Biden going so far as to claim, “When I came into office, the prior administration had contracted for not nearly enough vaccine to cover adults in America. We rectified that.”

Sorry, even the left-leaning Kaiser Health News rates that “mostly false.” Without the contracts giving the US first dibs on supply, America would have been left high and dry like the Europeans. Worse, the vaccines might never have been produced. Trump’s intervention made warp-speed vaccine development less risky for the companies doing it.

That’s crucial, because this is not the last pandemic. Trump’s Operation Warp Speed is a model to follow next time.

In 2019, before COVID struck, Trump’s Council of Economic Advisors warned that a flu pandemic could cost 500,000 American lives, but emerging technologies could make it possible to develop a vaccine against an invading disease in a matter of months, instead of years — provided government could reduce the financial risks.

That advice was prescient, and Trump took it. The rest is history.

Betsy McCaughey is a former lieutenant governor of New York.