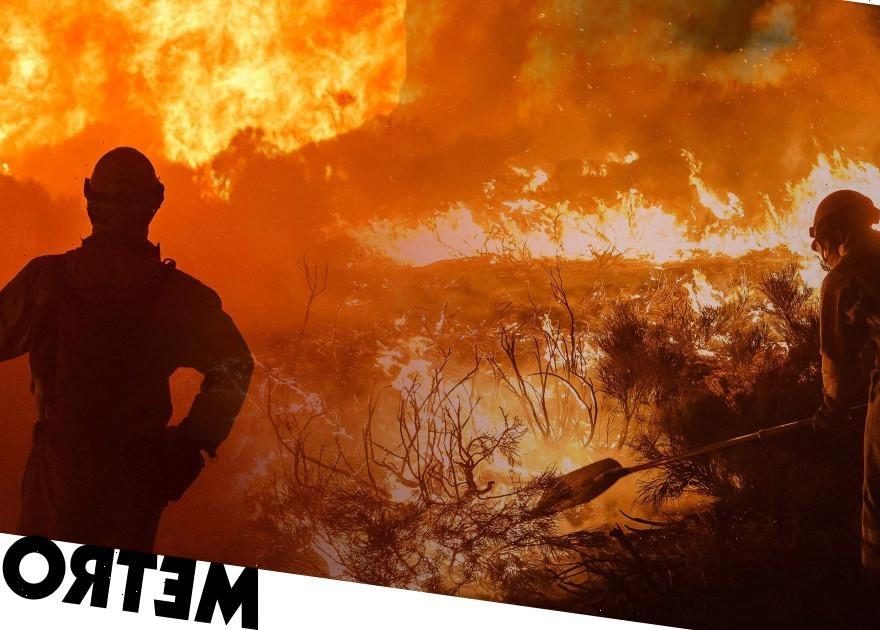 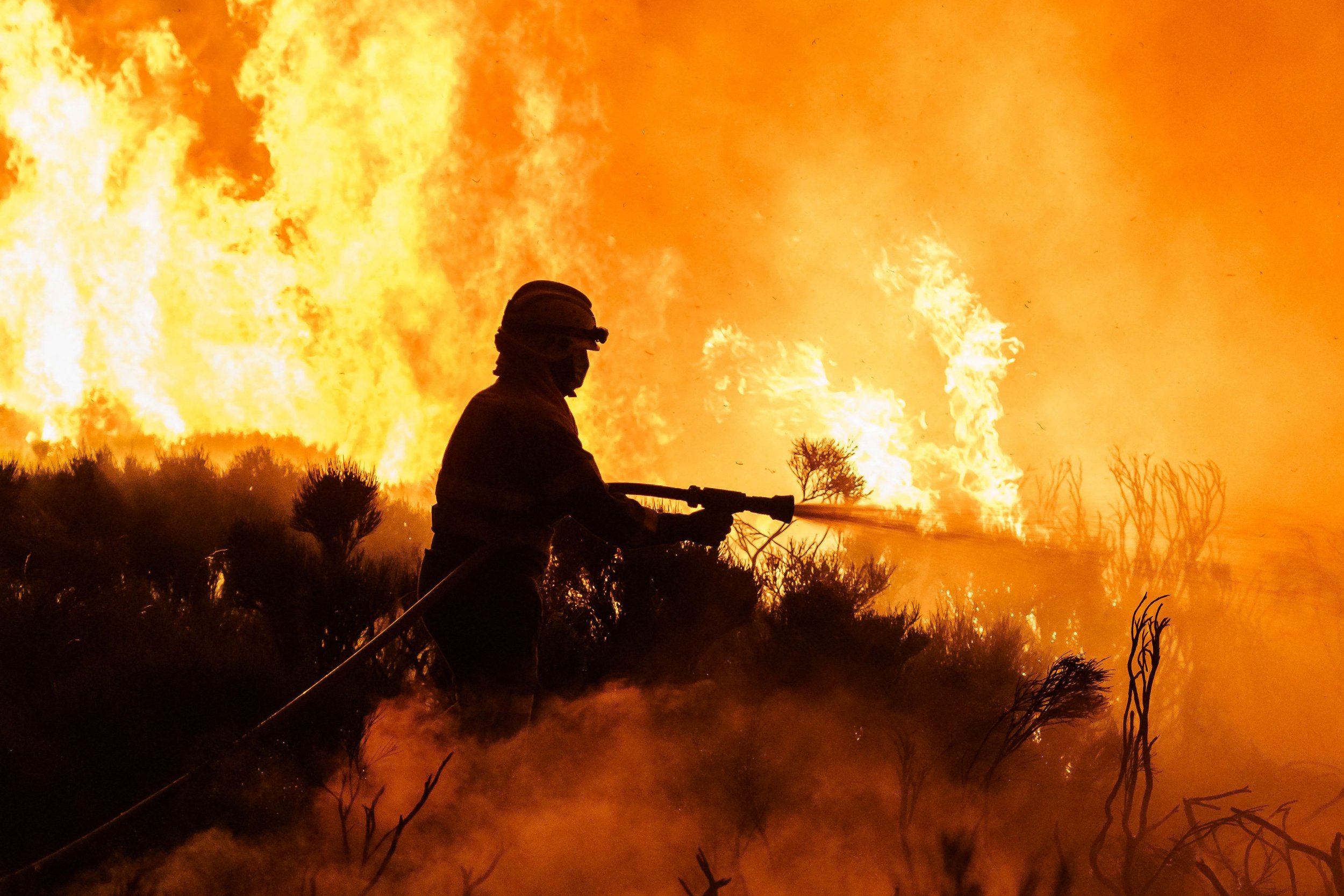 At least 800 people were evacuated in Spain as wildfires decimated forests and temperatures soared to an all-time high.

A new provisional heat record of 47.2C was recorded in Cordoba on Saturday, as much of Southern Europe sweltered under a relentless heatwave.

Rescue efforts were under way in the central province of Avila, where almost 200 firefighters are tackling two separate fires.

Several villages in Avila were evacuated, with more than 500 people taken to a sports facility as the blaze destroyed 12,400 acres of forest.

Jesus Martin, the mayor of Solosancho, one of the villages affected, said: ‘Our mountains have been burned. It’s a horrible sensation. Everything is black.’

Meanwhile in Spain’s eastern Valencia region, an electrical storm triggered a fire that forced the evacuation of 300 villagers in Azuebar.

Student Miriam Garcia said: ‘We have to drink water and put on sun cream all the time, stopping to drink at a bar every so often.

‘It would be better to be at home than in the street, it’s so hot.’

Climate scientist Dominic Roye said hot air from the Sahara is fuelling wildfires across the Mediterranean, but it shows no sign of ending.

He said: ‘The heatwave we are experiencing now is very extreme. It’s not normal for summer, not this hot.’

Spanish Prime Minister Pedro Sanchez tweeted: ‘Solidarity to the evacuated residents, I can imagine their pain and worry.’

Italy has also extended the number of cities on red alert to 16, with temperatures expected to hit over 43C in the Sicilian cities of Palermo and Catania.

In Turkey, floods have killed 58 people and brought chaos in the country’s Black Sea region.

Torrents swept through the Kastamonu district as firefighters brought wildfires raging through southern regions under control.