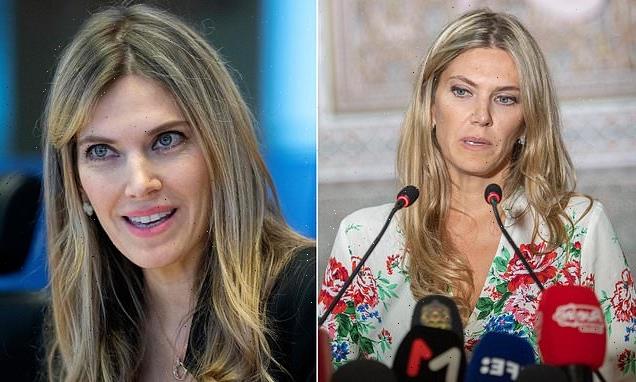 The vice-president of the EU Parliament has been charged with corruption after Belgian police found ‘bags of cash’ in her home.

Greek socialist MEP Eva Kaili, 44, is one of four suspects to have been charged and detained in relation to a police investigation into alleged lobbying by World Cup hosts Qatar.

Mrs Kaili, who has spoken publicly in support of Qatar’s recent labour reforms, was arrested on Friday and has now been charged, along with three others. Two more have been released and the house of at least one more MEP has been searched by investigators. 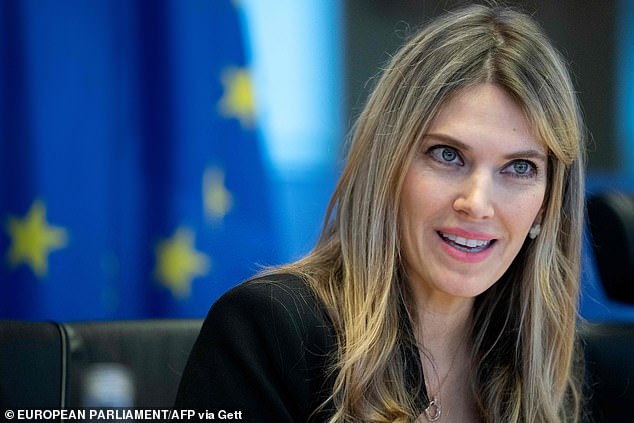 The Belgian federal prosecutor’s office did not identify the four by name, but a judicial source confirmed that Mrs Kaili was among those charged.

‘Four individuals have been arrested by the Brussels investigating judge who is leading the investigation,’ the federal prosecutor’s office said in a statement.

‘They are charged with participation in a criminal organisation, money laundering and corruption. Two persons have been released by the investigating judge.’

Mrs Kaili has been stripped of her responsibilities as vice president of the parliament, notably that of representing president Roberta Metsola in the Middle East, but she remains an MEP.

She would normally enjoy immunity from criminal prosecution but there is an exception in cases where a suspect is caught red-handed in the act of committing an alleged crime. According to a judicial source, Belgian police detained Mrs Kaili in possession of ‘bags of cash’ and so she was brought before a judge. 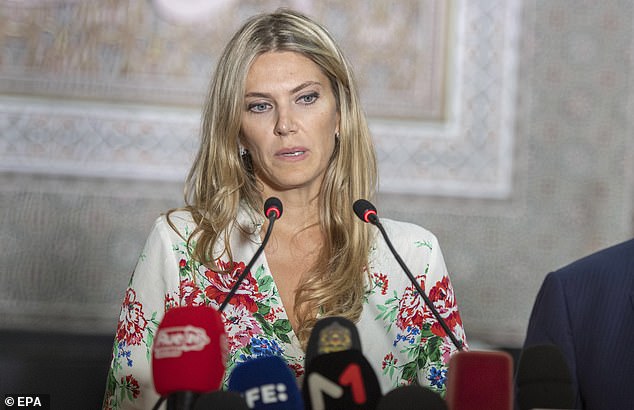 Mrs Kaili, 44, (pictured) is one of four suspects to have been charged and detained in relation to a police investigation into alleged lobbying by World Cup hosts Qatar

Among the six arrested on Friday, after at least 16 police raids of premises in Brussels, were the former MEP Pier-Antonio Panzeri and his fellow Italian Luca Visentini, the general secretary of the International Trade Union Confederation.

‘It is suspected that third parties in political and/or strategic positions within the European Parliament were paid large sums of money or offered substantial gifts to influence parliament’s decisions,’ the prosecutor’s statement said, without pointing fingers directly at Qatar.

Who is Eva Kaili?

Eva Kaili, 44, is a Greek MEP and a member of the Panhellenic Socialist Movement and the Greek Socialist Party, called the Pasok-Movement for Change.

In the EU Parliament she is a member of the center-left Socialists and Democrats group – although she has been suspended pending investigations.

She was first elected to the European Parliament in 2014.

Before that, she was a television presenter, anchoring one of Greece’s national news programmes.

She was elected as one of the EU’s 14 vice-presidents in January 2022. 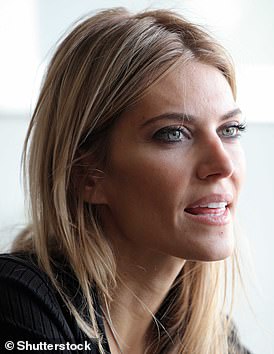 Eva Kaili, 44, is a Greek MEP and a member of the Panhellenic Socialist Movement

The scandal erupted during the 2022 football World Cup, an event Qatar had hoped would boost its reputation but which has been dogged by allegations of mistreatment of the migrant workers who built the host’s new stadiums.

Mrs Kaili visited Qatar just ahead of the World Cup and praised the country as a ‘frontrunner in labour rights’, a sentiment she has repeated on the floor of the parliament, to the consternation of some MEPs.

Migrant workers make up more than 2.5 million of Qatar’s 2.9 million population and labour conditions have been strongly criticised – particularly in the lead-up to the football tournament.

Ms Kaili is a member of the Panhellenic Socialist Movement and was voted in as one of 14 vice-presidents in January 2022. She has been an MEP since 2014.

The center-left Socialists and Democrats group in the European Parliament said that it ‘has taken the decision to suspend MEP Eva Kaili’s membership of the S&D Group with immediate effect, in response to the ongoing investigations.’

They demanded that what it called ‘the unfolding Qatar lobbying scandal’ should be added to the assembly’s agenda next week so that further details about the affair can be established and an appropriate response considered’ by lawmakers.

The former Greek TV news anchor was also suspended by her party at home – the Greek Socialist party, Pasok-Movement for Change.

Pasok said it acted ‘following the latest developments and the investigation by the Belgian authorities into the corruption of European officials’.

Questions of corruption are now expected to hang over this week’s European Parliament plenary session in Strasbourg, where the Socialists and Democrats will be under pressure from opponents on the right and left.

Meanwhile, the second search of an MEP’s house is understood to have involved a Belgian member, since the president of the parliament, Roberta Metsola, was invited to witness the raid. Under the Belgian constitution the European Parliament president must attend if one of the country’s MEPs is targeted by a search.

The judicial source identified him as Marc Tarabella, a Belgian socialist and vice-chair of the parliamentary delegation ‘for relations with the Arab peninsula’. He has not been charged. 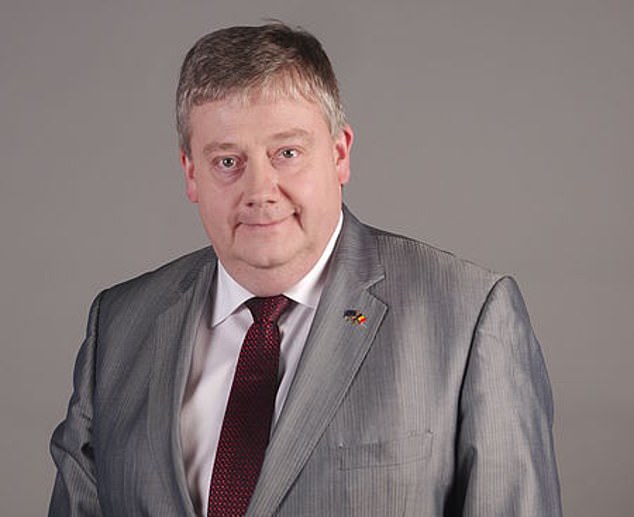 Mr Tarabella said in a statement to Politico: ‘I have absolutely nothing to hide and I will answer all the questions of the investigators, that goes without saying, if that can help them to shed light on this affair.

‘The justice system is going through its process of information-gathering and investigating, which I find completely appropriate.’

Last month he told the news outlet that he Qatar has become a ‘good example to follow for the other countries in the neighbourhood’ thanks to hosting the World Cup.

Mrs Metsola, a Maltese conservative, has called a meeting of the leaders of the parliament’s political blocs on Monday to discuss the Belgian investigation, two parliamentary sources said.

Some MEPs also now plan to oppose opening the debate on visa liberalisation for Qatari travellers, potentially derailing a key diplomatic goal of the gas-rich nation.

Mrs Kaili has been contacted by MailOnline for comment.