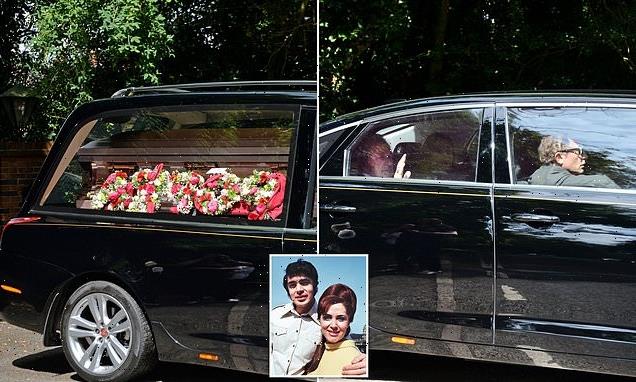 Engelbert Humperdinck, 85, bravely waves to fans as he finally lays his wife of 56 years to rest six months after she died aged 85 following Covid battle

Engelbert Humperdinck was spotted bravely waving to fans and well-wishers as he bid farewell to his wife of 56 years at her funeral after her battle with Alzheimer’s.

Dozens of fans stood outside their sprawling mansion in Great Glen, Leicestershire, as a hearse covered in red and pink flowers carried her coffin past the family home.

The funeral cortege started in Market Harborough before continuing to a private church service in a chapel in Loughborough.

Patricia Dorsey was 85 when she ‘slipped away’ in February after battling Alzheimer’s and testing positive for coronavirus. 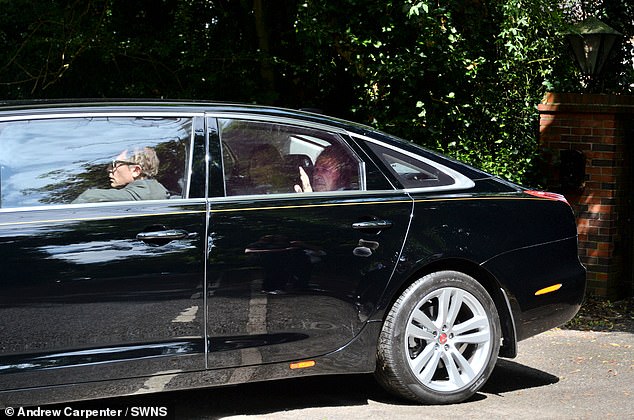 Fans stood outside their sprawling mansion in Great Glen, Leicestershire, as a hearse covered in red and pink flowers carried her coffin past the family home 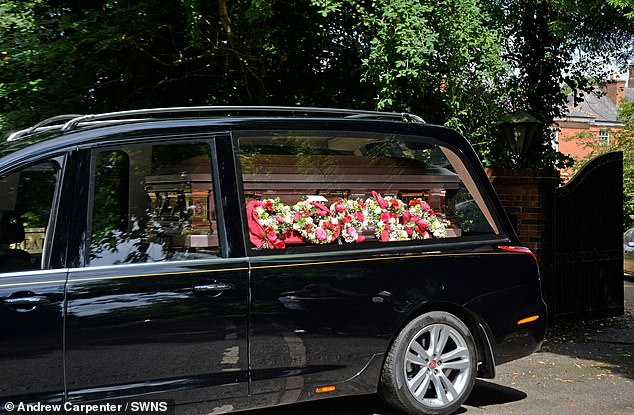 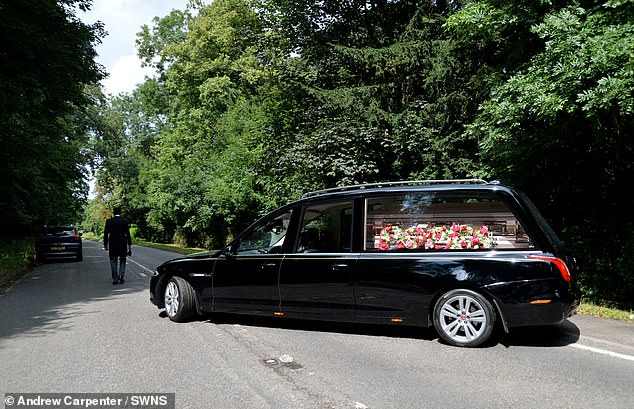 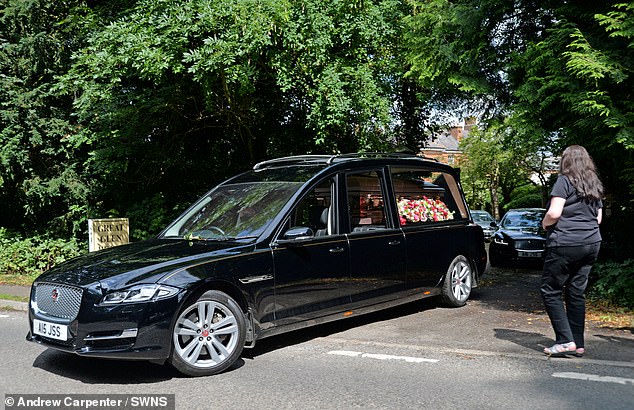 Patricia, nee Healey, married Engelbert in 1964, and they had four children together – Louise, Bradley, Jason and Scott.

She was diagnosed with Alzheimer’s in 2007, and her husband has previously spoken about the difficulty of her living with the disease.

Legendary crooner Engelbert, whose real name is Arnold Dorsey, was famous for his hits Release Me and the Last Waltz.

Days before her Tuesday’s funeral, Engelbert posted a video online asking fans to pay their respects.

He said: ‘It would be lovely to see friendly faces along the way and so a prayer or a tip of the hat or a wave would be so wonderful.

‘It doesn’t matter where you are in the world, please just say a prayer for my beautiful and wonderful wife.’

The couple met in 1953 at Leicester’s Palais De Danse nightclub when Patricia was 17. 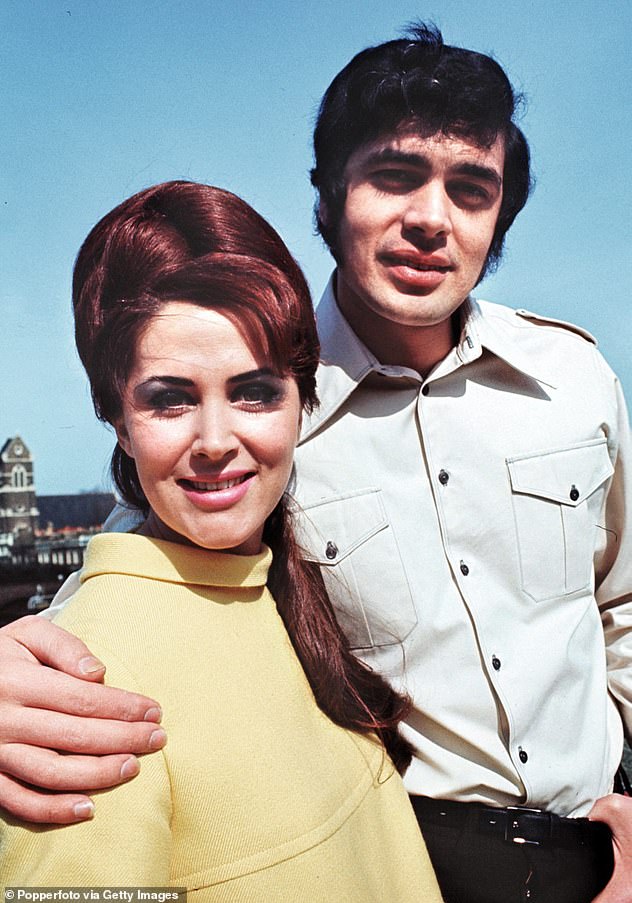 When Patricia was interviewed by the BBC several years ago about their first meeting, she said: ‘The night that I saw Enge, it was just something different.’ Pictured: Engelbert with Patricia in 1968

When Patricia was interviewed by the BBC several years ago about their first meeting, she said: ‘The night that I saw Enge, it was just something different.

‘He stood out because he had got this wonderful white suit on.’

In 2017 Engelbert revealed that Patricia had been suffering from Alzheimer’s for years. More and more of her slipped away from him, but with prayer, holy water from Lourdes and the help of German doctors, she regained her speech and seemed to be making progress.

‘Then along came Covid,’ says Engelbert. ‘It invaded my home in LA and everybody got it including myself and my wife, her carers, one of my sons and my daughter. But Patricia had no Covid when she passed, it was a cardiac arrest.

‘Covid did get hold of her for a while, but she had the antibodies prior to her death and when she died she didn’t have the disease. I think it must have stirred up something else that caused her to have a heart condition. 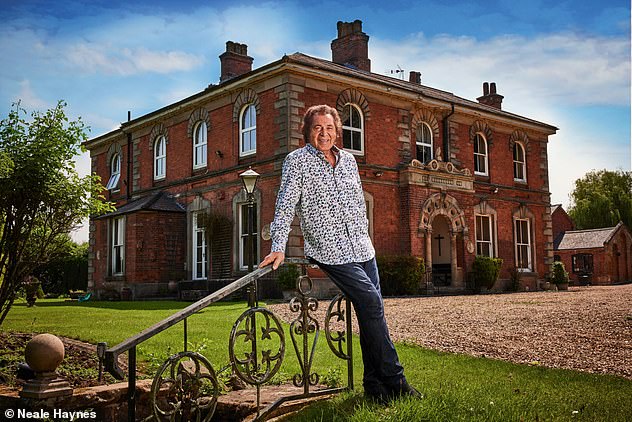 ‘When she was suffering with Alzheimer’s I took her to Lourdes and it’s quite wonderful there. I’m sure all these little things I tried to do for her were instrumental in keeping her here longer than she should have been.

‘The doctor said it was the only thing that would work so we persevered with that, but then along came Covid and that changed the path. Now I’m left with long Covid, stupid little things like aches and pains, but the good part is my voice is still there. The Covid’s hard to get rid of in a hurry, it’s leaving me but it’s taking its time.’

He added: ‘The problem is that a spouse cannot heal a spouse, for some reason no healer can do that. The person that told me I had healing powers was a healer himself, but he couldn’t heal his wife who had cancer.

‘It broke his heart. This is the same with every healer.’ Was he able to heal anyone in his family with Covid?

‘All I can tell you is that our prayer ritual was constant, every night at 8pm. I told people 8pm was the time of prayer, and prayers came from all over the world. It was a chain of prayer, and I felt those prayers at 8pm.

‘I was the reader every night. It was a ritual we kept going, all my friends and some of my fans all prayed at the same time.’