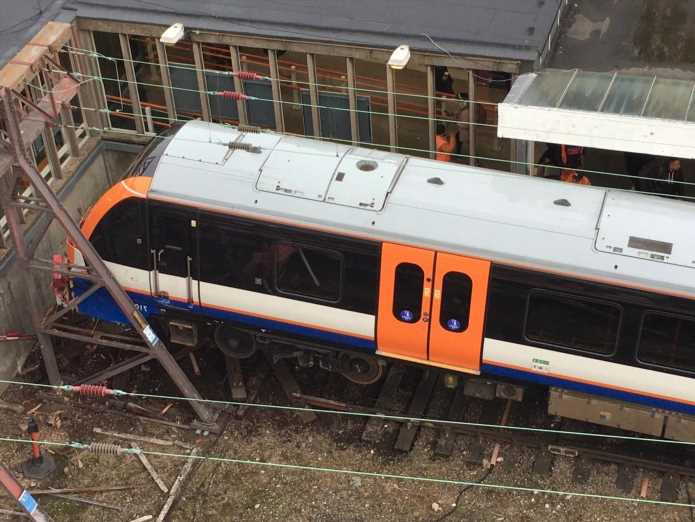 A TRAIN has smashed through a barrier at Enfield station leaving two people injured.

The Overground train has been left raised at an angle after hitting the buffers at around 8.14am today. 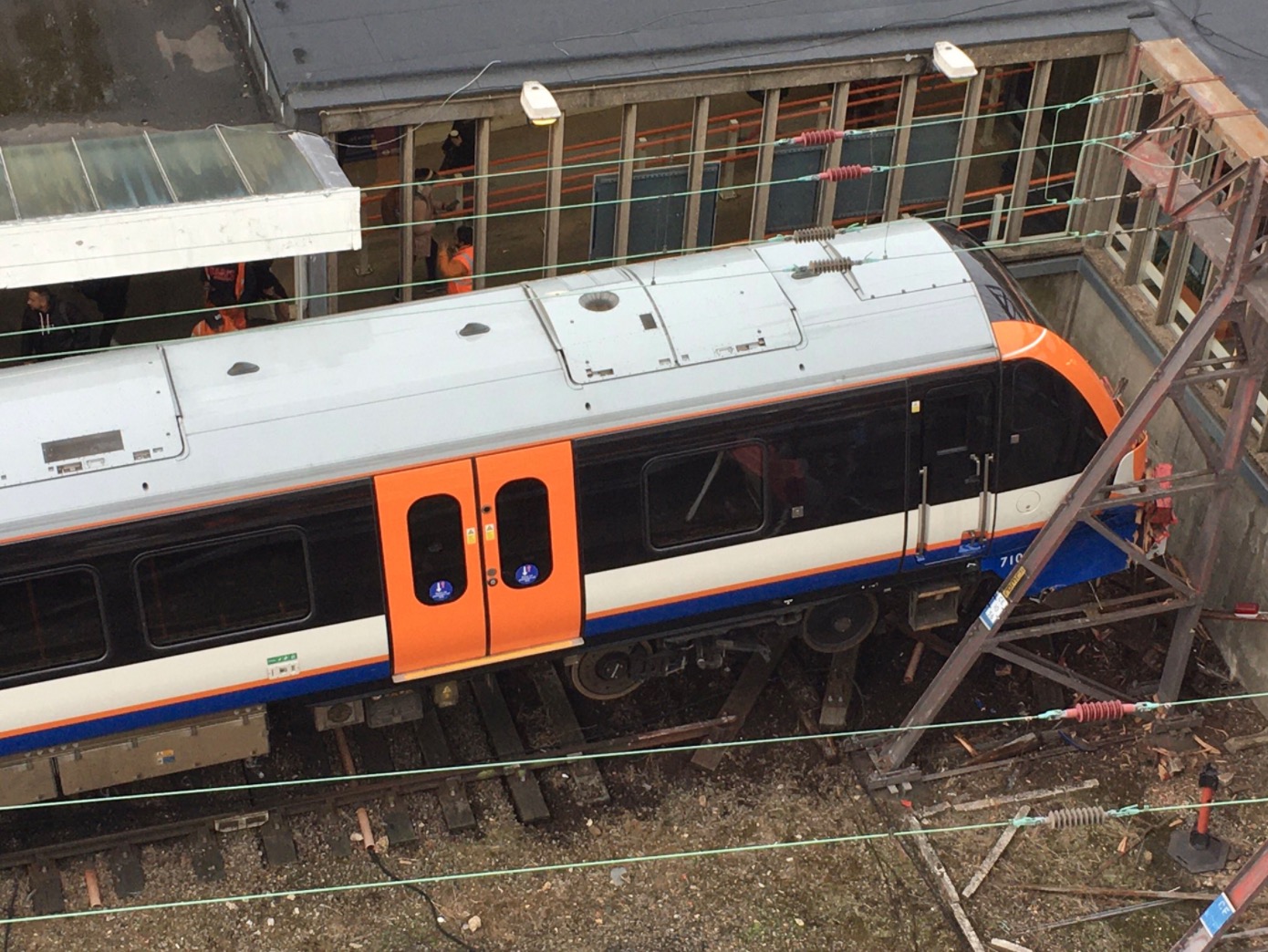 Around 50 people were evacuated from the eight-carriage train by firefighters.

Stunned commuters described the scene as "chaos" with services now suspended between Enfield Town and Edmonton Green until 3pm.

One said: "Just been there & chaos at the door. Train arrived at Enfield Town & crashed into the buffers.

London Fire Brigade confirmed they are still on the scene in Enfield.

Station Commander Jim O’Neill said: “The train has hit the buffers at the station, which is at the end of the line, and gone up over the top of them.

“Firefighters carried out a systematic search of the train to ensure there were no further people on board.

“Crews are now assisting station staff to make the scene safe and a recovery operation will then be carried out.”

A London Ambulance Service spokesperson added: “We were called at 8:16am this morning (12 October) to reports of a train derailed at Enfield Town railway station, Enfield.

"We sent a number of resources to the scene: one ambulance crew, an emergency planning officer, a clinical team manager, two incident response officers, medics in cars, and our hazardous area response team.

“Two people were assessed at the scene for minor injuries, but they were not taken to hospital." 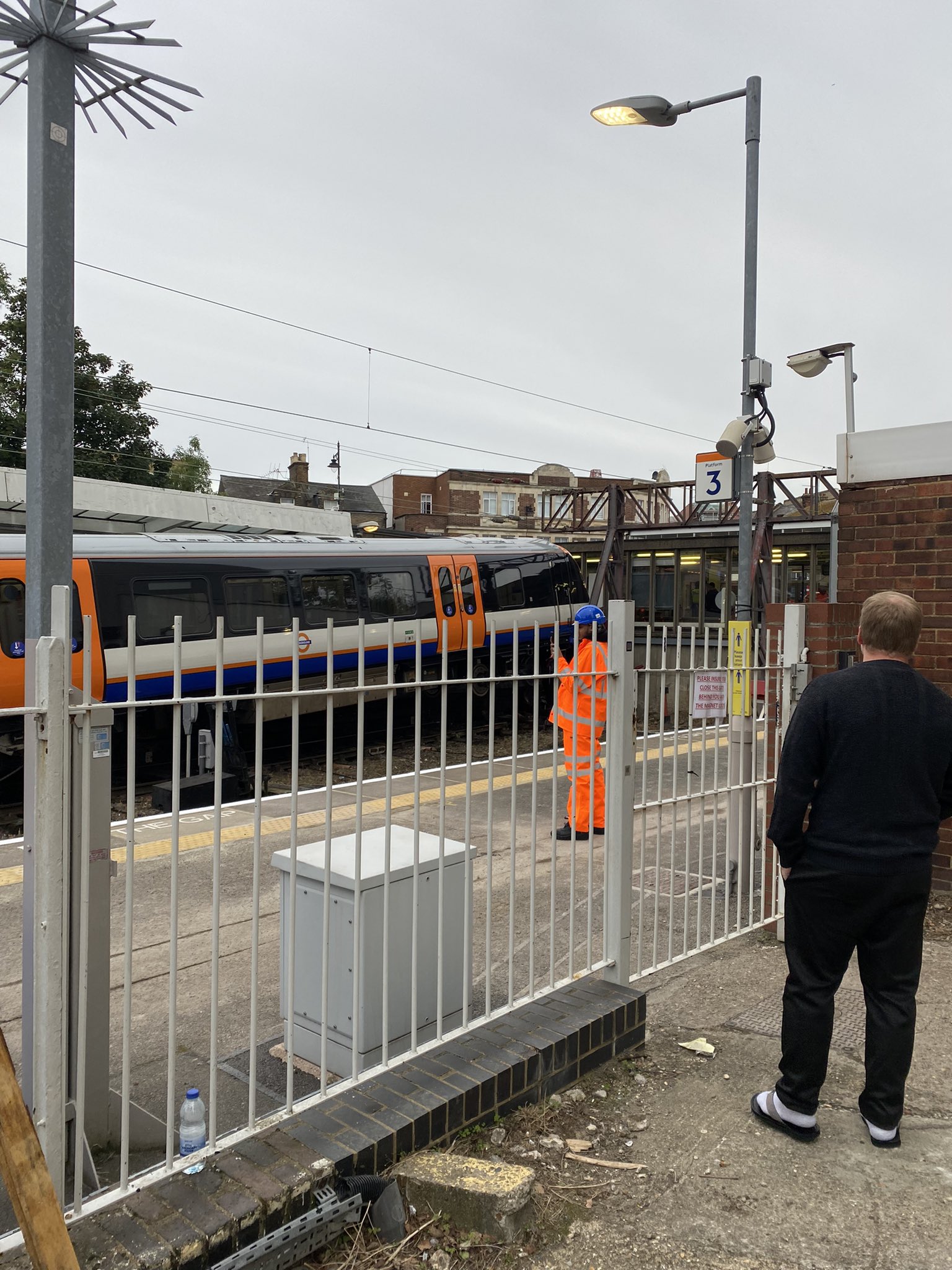