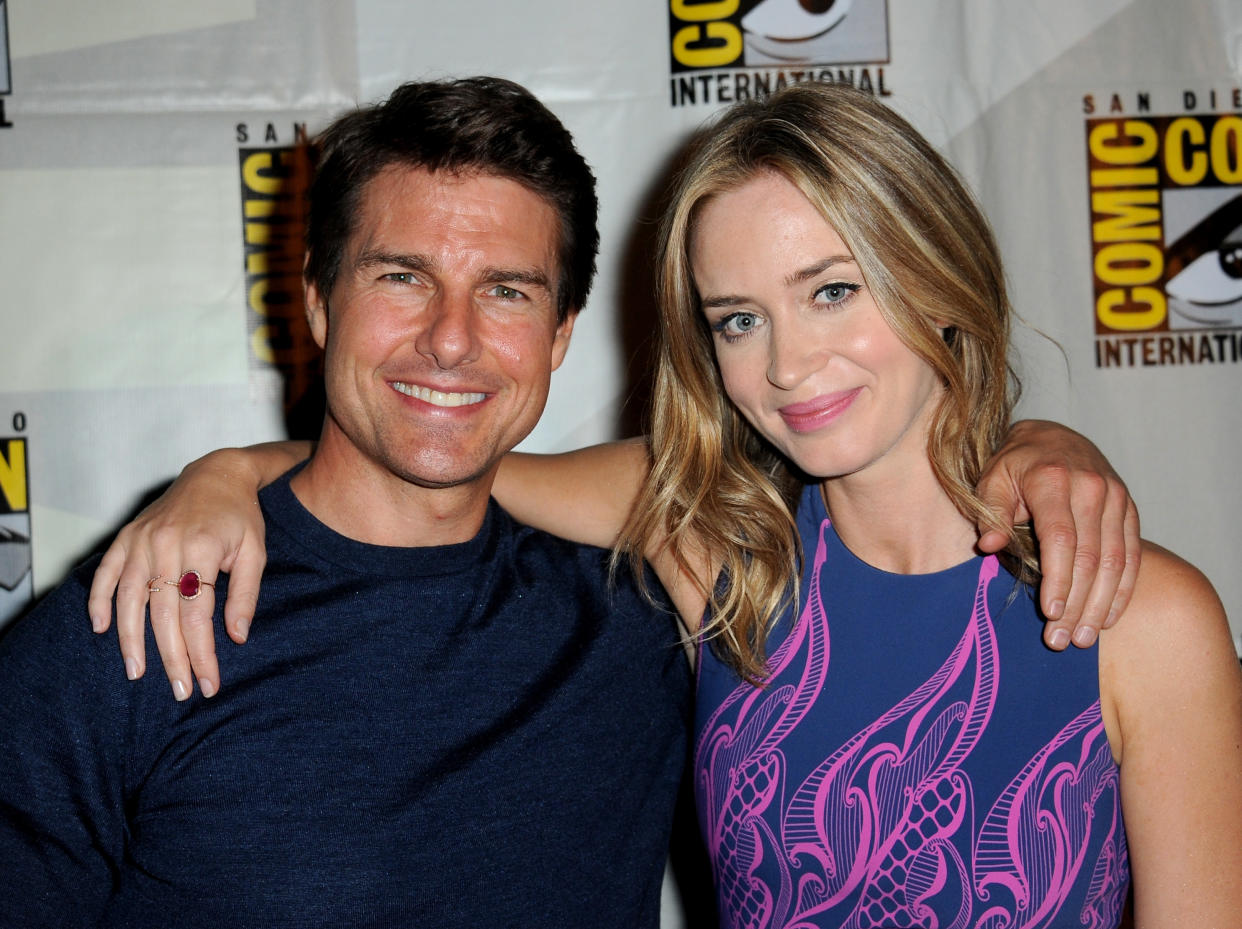 The British actress, who appeared alongside Cruise in 2014's Edge of Tomorrow, is clarifying a story she recently told on the podcast Smartless about the action star telling her to "stop being such a p****" on the set of the sci-fi action flick. She said the story, which she told because she thought it was funny, was "taken literally and absurdly out of context."

"It's ludicrous that it's being spun as something that offended me," Blunt said in a statement to E! News. "It didn't. I shared the story as lightheartedly as it was meant by Tom."

She went on to call Cruise "a dear friend" whom she adores and said he was "a total gem to me" when they worked together. As for calling her "a p****," "It was said as a joke to make me laugh, which it did in a big way. And it's still something we laugh about to this day."

Blunt appeared on Dec. 12's Smartless, co-hosted by Jason Bateman, Sean Hayes and Will Arnett, and talked about making the film — and the 85-pound "enormous robotic suit" she wore for the role. The Devil Wears Prada actress said that when she first tried on the exo suit, she cried. While she trained extensively prior to filming the role, using weights, sprints, gymnastics and Israeli martial arts, she feared she'd be unable to move — or act — in it.

"It was so heavy that the first time I put it on, I just started to cry — in front of Tom," Emily said. "And he didn't know what to do. He just stared at me and was like: 'I know. I know. I know.' I was like: Tom, I'm not sure how I'm going to get through this shoot' and I started to cry. 'I'm just feeling a bit panicky about the whole shoot.' And he literally stared at me for a long time, not knowing what to do, and he goes, 'Come on, stop being such a p****, OK?'"

The podcast co-hosts laughed at her recollection and said, "Good for Tom,” Blunt said, "And I did laugh — and then we got through it" as she got used to working in the suit. She called Cruise "brilliant" in the film.

Blunt also revealed in the conversation that she sustained an injury on the set, while doing an aerial stunt on wires that went wrong. She hurt her ribs and collarbone — injuries that lingers to this day. (At the time, Entertainment Weeklyreported she nearly broke her nose, with an on-set medic sticking two fingers up it to pop the cartilage back in place, as well as dislocated her thumb and popped two ribs.)

There has been talk about an Edge of Tomorrow sequel, but Blunt, who has said she read an "amazing script" for the project, didn't seem hopeful last year.