This may have been the most low-key wedding in recent history. But one element was utterly, gloriously over the top — and that was the flowers.

The display was made of hundreds of tumbling peach, pink and ivory roses, the palest pink hydrangeas, trailing jasmine and even playful, fluffy, pink astilbe, plus foliage collected from Windsor Great Park. 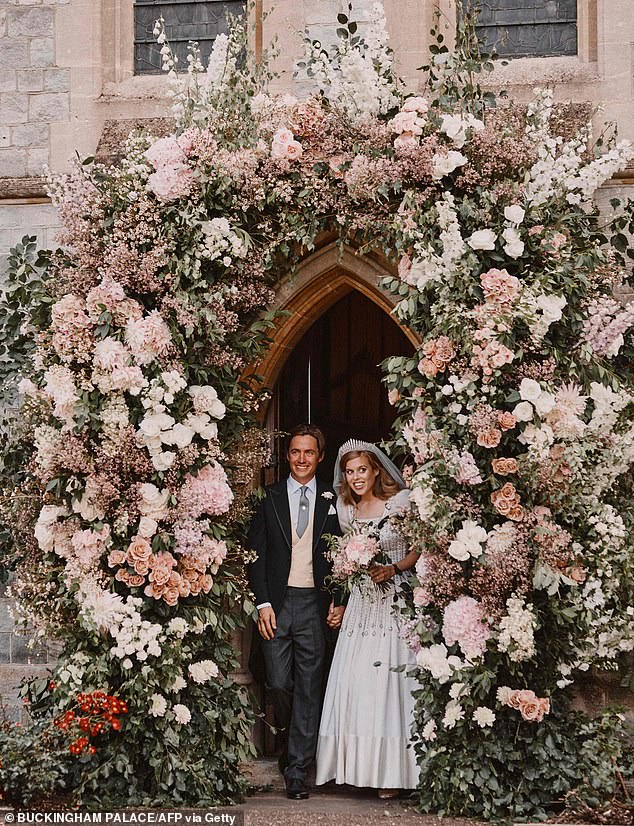 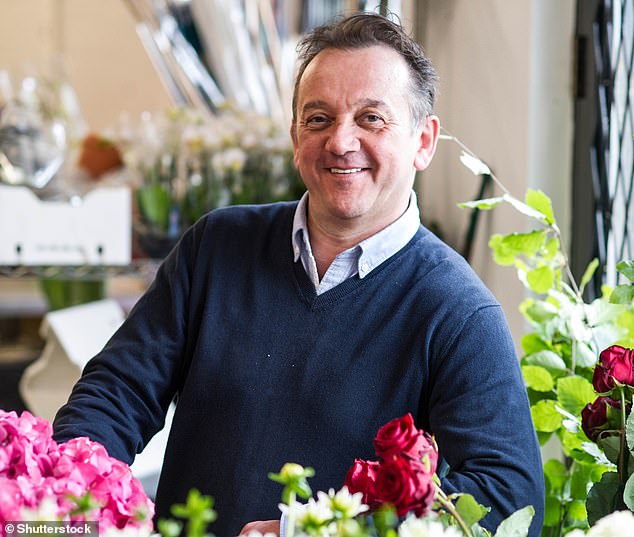 Van Helden wrote on Instagram: ‘Thank you so much for giving us the honour and privilege of being part of your special day.’

He was, perhaps, well placed for the top-secret job of the year: he’d previously decorated St George’s Chapel at Windsor Castle for Beatrice’s sister Eugenie’s October 2018 wedding, opting then for seasonal berries — plus sandbags and ropes to keep everything in place on a windy day.

Van Helden, 57, started with a flower stall on the Fulham Road but is now the number one choice of the showbiz set.

The secret of his success is a distinctive style. Arrangements are often simple and feature only one kind of flower, — but in jaw- dropping profusion. 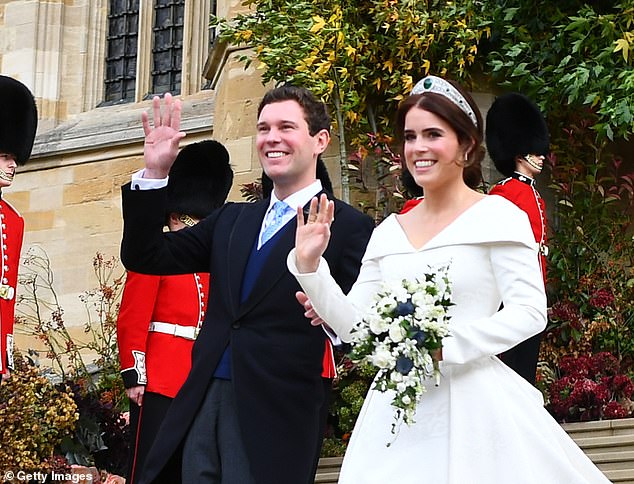 He has said: ‘If I could sum up my aesthetic ethos in one simple sentence, it would be to go for volume.’

So who goes to him? Everyone. He’s done arrangements for parties thrown by the Beckhams and Elton John uses Van Helden for his charity events and did for both his civil partnership in 2005 and marriage in 2014.

Van Helden knows that Elton, who once famously blew £293,000 on flowers in less than two years, will not tolerate lilies, chrysanthemums or carnations.

He was behind the wonderful displays in Pippa Middleton’s £100,000 glass wedding marquee — he and Pippa are friends — and was in charge of flowers at the 70th birthday celebration at the Ritz for the late Princess Margaret. 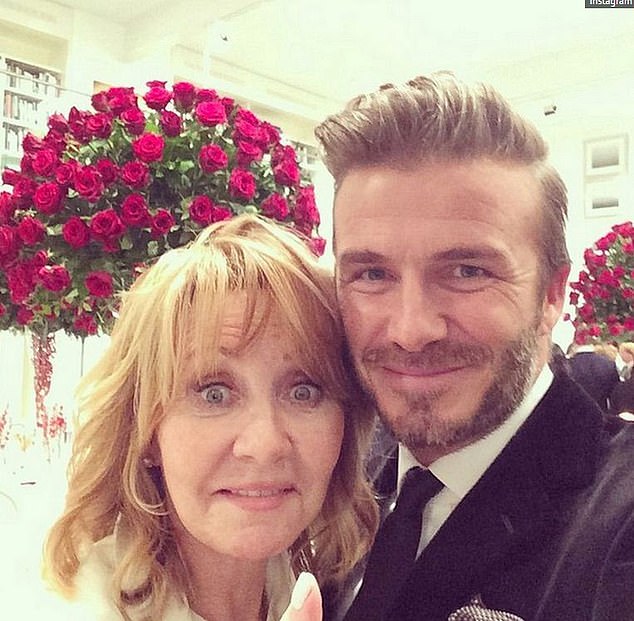 He’s done arrangements for parties thrown by the Beckhams and Elton John uses Van Helden for his charity events and did for both his civil partnership in 2005 and marriage in 2014. Pictured: Lulu and David Beckham at Elton John’s wedding

He has even decorated No.10 for a Christmas party thrown by Gordon Brown, arranged table decorations for Nelson Mandela and dressed the church for supermodel Claudia Schiffer’s wedding.

Singer Kylie Minogue is a friend, as is model Liz Hurley and actress Donna Air.

As is tradition for royal brides, Beatrice’s bouquet included sprigs of myrtle, taken from a bush planted by Queen Victoria, at Osborne House, on the Isle of Wight.

Van Helden told an interviewer: ‘As a floral designer, my job is to bring happiness to people. It is important to me that people say “Wow” as they enter the room.’