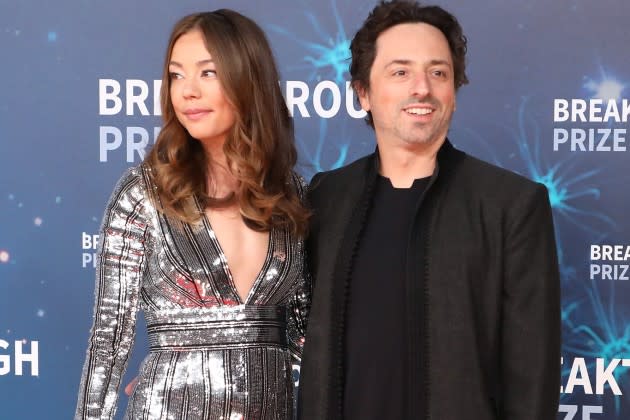 Elon Musk has denied a Wall Street Journal report alleging he had an affair with Nicole Shanahan, wife of Google co-founder Sergey Brin. Shanahan has also called the story false — and now Musk says he hopes Shanahan sues the outlet for defamation.

On Sunday, the Journal published a report alleging that Musk, the high-profile tech mega-billionaire who is CEO of Tesla and SpaceX, had a “brief affair” with Shanahan in early December. That led Brin to file for divorce from Shanahan and ended the friendship between Musk and Brin, according to the WSJ story, citing anonymous sources “familiar with the matter.”

Musk, who’s currently locked in a legal battle with Twitter over his attempt to walk away from his $44 billion acquisition agreement, fiercely denied the WSJ story shortly after it was published. “This is total bs,” he tweeted. “Sergey and I are friends and were at a party together last night!” Musk said he had seen Shanahan only “twice in three years, both times with many other people around. Nothing romantic.”

“Haven’t even had sex in ages (sigh),” he posted later, and said in another tweet, “I work crazy hours, so there just isn’t much time for shenanigans.”

Shanahan also denied the Journal report via her lawyer Bryan Freedman. “Make no mistake, any suggestion that Nicole had an affair with Elon Musk is not only an outright lie but also defamatory,” Freedman said in statements to the Daily Mail and the New York Post. Freedman did not respond to an inquiry about whether his client planned to sue the publication.

In a statement to Variety, a Wall Street Journal spokesperson said, “We are confident in our sourcing, and we stand by our reporting.”

Musk on Wednesday tweeted that his own status as a “public person” would make it “almost impossible” to win a defamation lawsuit against a news organization. “They could say I’m Satan and the ‘source’ is their psychic!” But, he said, “Nicole is not a public person, so could win. I hope she sues them.” He also asserted that Michael Siconolfi, the WSJ’s investigations editor, “has done so many fake hit pieces.” Musk also claimed he spoke with Brin “and he says neither he nor anyone he knows has talked to WSJ.”

Musk has criticized the Journal story as driven by a thirst for page views, writing in a post Wednesday, “The media is a click-seeking machine dressed up as a truth-seeking machine.”

According to the Journal story, “At a party earlier this year, Mr. Musk dropped to one knee in front of Mr. Brin and apologized profusely for the transgression, begging for forgiveness, according to people with knowledge of the incident. Mr. Brin acknowledged the apology, but still isn’t speaking regularly to Mr. Musk, those people said.”

Pictured above: Nicole Shanahan and Sergey Brin in 2019