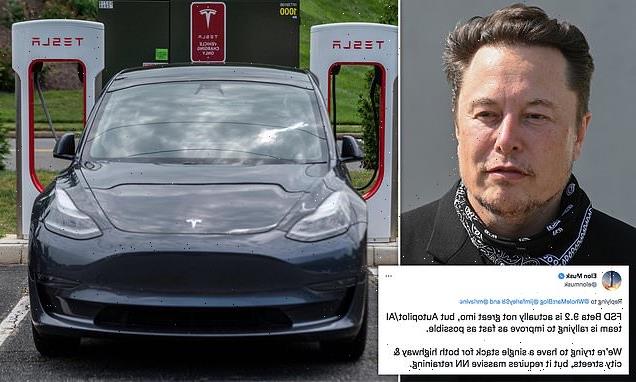 Elon Musk admits Tesla’s new self-driving software is ‘not great’ …. but they’re trying to improve it

Elon Musk has admitted that his electric-car company Tesla’s new self-driving software is ‘not great’ but the firm is trying to fix it.

The billionaire entrepreneur, 50, tweeted on Monday that the company was working on improving the much-awaited update to its self-driving software, Full Self-Driving (FSD), ‘as fast as possible’.

FSD is an upgrade package to Autopilot, the company’s suite of of advanced driver-assistance system features.

Musk’s tweet follows scrutiny from US safety regulators, who opened an investigation into Tesla’s driver assistant system earlier this month following a string of crashes in the past few years. 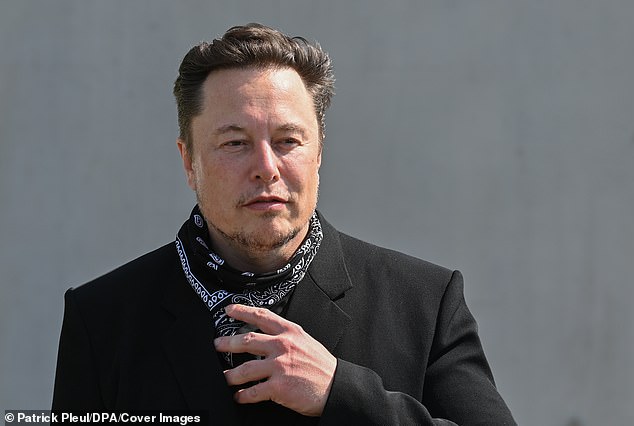 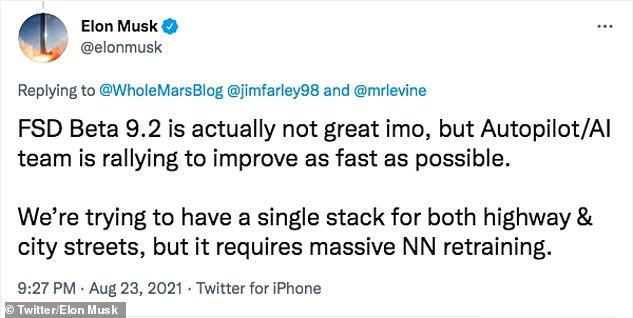 Tesla Inc’s Chief Executive said that the Full Self-Driving Beta version 9.2 is ‘actually not great’ in a tweet, after the system has come under scrutiny

Musk wrote: ‘FSD Beta 9.2 is actually not great imo [in my opinion], but Autopilot/AI team is rallying to improve as fast as possible.

‘We’re trying to have a single stack for both highway & city streets, but it requires massive NN [neural network] retraining.’

Autopilot uses cameras, ultrasonic sensors and radar to see and sense the environment around the car.

The sensor and camera suite provides drivers with an awareness of their surroundings that a driver alone would not otherwise have.

A powerful onboard computer processes these inputs in a matter of milliseconds to help what the company say makes driving ‘safer and less stressful.’

Autopilot is a hands-on driver assistance system that is intended to be used only with a fully attentive driver.

It does not turn a Tesla into a self-driving car nor does it make a car autonomous.

Before enabling Autopilot, driver must agree to ‘keep your hands on the steering wheel at all times’ and to always ‘maintain control and responsibility for your car.’

Once engaged, if insufficient torque is applied, Autopilot will also deliver an escalating series of visual and audio warnings, reminding drivers to place their hands on the wheel.

If drivers repeatedly ignore the warnings, they are locked out from using Autopilot during that trip.

Any of Autopilot’s features can be overridden at any time by steering or applying the brakes.

The Autopilot does not function well in poor visibility.

This driver assistance system does not make Tesla electric vehicles safe for use without an attentive driver behind the wheel, according to CNBC.

FSD Beta, which features new or newly revised functionality, is only available to Tesla employees and some drivers who previously purchased FSD.

The feature is sold with the promise of enabling a Tesla vehicle to automatically change lanes, navigate on the highway and move into a parking spot without anyone behind the wheel.

Tesla says later this year FSD will also include the ability to automatically steer on city streets, which is included with FSD Beta.

Musk has previously outlined the improvements that come with 9.2, which include the ability to reason about the causes for a lead vehicle being slow if it’s holding up traffic.

Tesla and other manufacturers warn that drivers using the systems must be ready to intervene at all times, however.

Scrutiny from US safety regulators, who opened an investigation into its driver assistant system, follows 11 accidents feared to have been caused because the system has trouble spotting parked emergency vehicles.

Of the 11 crashes that have been identified over the past three years, 17 people were injured and one was killed.

That deadly accident happened in Interstate 70 in Cloverdale, Indiana, in December 2019 and saw passenger Jenna Monet, 23, killed after the Tesla being driven by her husband Derrick slammed into the back of a parked fire engine.

Two US senators also called on the Federal Trade Commission to investigate Tesla, saying it misled consumers and endangered the public by marketing its driving automation systems as fully self-driving.

The 11 crashes have occurred when Teslas on Autopilot or Traffic Aware Cruise Control hit vehicles at scenes where first responders have used flashing lights, flares, an illuminated arrow board or cones warning of hazards. 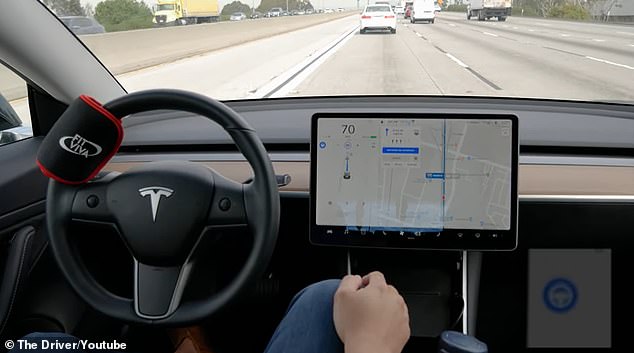 Shares of Tesla fell more nearly 4.5 percent to $685.20 in trading earlier this month on back of the news.

But the company’s billionaire owner Elon Musk has claimed in recent months the function was safer than ever.

The crashes into emergency vehicles cited by NHTSA began on January 22, 2018 in Culver City, California, near Los Angeles.

That incident saw Tesla using Autopilot struck a parked firetruck that was parked partially in the travel lanes with its lights flashing. Crews were handling another crash at the time.

January 22, 2018 in Culver City: A Tesla Model S hit the back of a fire truck parked at an accident in Culver City around 8:30 am on Interstate 405 using the cars Autopilot system. The Tesla, which was going 65mph, suffered ‘significant damage’ and the firetruck was taken out of service for body work.

May 30, 2018 in Laguna Beach: Authorities said a Tesla sedan in Autopilot mode crashed into a parked police cruiser in Laguna Beach. Laguna Beach Police Sgt. Jim Cota says the officer was not in the cruiser during the crash. He said the Tesla driver suffered minor injuries.

The police SUV ended up with its two passenger-side wheels on a sidewalk.

The Tesla driver, Derrick Monet, and his wife, Jenna Monet, both suffered serious injuries and were transported to the hospital for immediate medical care. Jenna ultimately succumbed to her injuries and was pronounced dead at Terre Haute Regional Hospital.

July 15, 2020 in Conchise County, AZ: A Tesla Model S hit an Arizona Department of Public Safety patrol car, resulting in the patrol car rear-ending an ambulance that was on the scene of an earlier car accident. No one was seriously injured, but the Tesla driver was taken to the hospital for injuries.

August 26, 2020 in Charlotte, NC: A Tesla driver watching a movie crashed into a Nash County Sherriff’s Office deputy vehicle in Charlotte, North Carolina on US 64 west.

The driver, Devainder Goli, of Raleigh, was accused of violating the move-over law and watching television while operating a vehicle.

The Tesla driver was not injured, but was taken into custody on a DWI charge.

March 17, 2021 in Lansing, MI: A Tesla on autopilot crashed into a Michigan State Police car. Troopers from the Lansing Post had been investigating a crash involving a car and a deer on I-96 near Waverly Rd in Eaton County at around 1:12am.

While investigating the crash, a Tesla driving on autopilot struck the patrol car, which had its emergency lights on.

Neither the driver of the Tesla – a 22-year-old man from Lansing – nor the troopers were injured at the scene. Police issued the unidentified man a citation for failure to move over and driving while license suspended.

May 15, 2021 in Arlington, WA: A Tesla driving in Arlington, Washington hit a police vehicle that resulted in ‘significant damage’ to the police car.

There were no injuries reported from the incident.

May 19, 2021: Three people were hospitalized after a Tesla hit a parked Miami-Dade County Department Transportation Road Ranger truck that was blocking the left lane of I-95 to help clear the debris of an earlier crash.

The driver of the Tesla was transported to a nearby hospital with with severe, albeit non-life-threatening, injuries.