This is the shocking moment an elderly man is floored when a flying chair hits his head in front of stunned drinkers in a Wetherspoons pub.

CCTV shows the man at where is believed to be The Thomas Frost on Walton Road, Liverpool, being struck by the wooden item while stood up on 9 December.

In the clip, the customer, who is wearing a black bobble hat and jacket, can be seen walking around the venue while carrying a plastic bag. 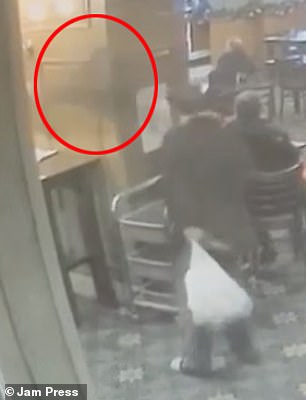 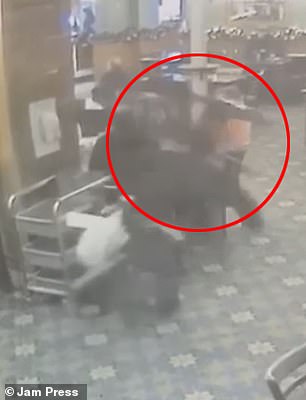 He then turns and appears to shout at someone out of frame before, suddenly, a chair is thrown across the room and hits him on the head.

The man collapses to the ground as members of staff and customers rush to his aid.

The attacker was out of the frame and it is not known if they were arrested or whether the incident was reported to the police.

It is also not known if the victim suffered serious injuries. 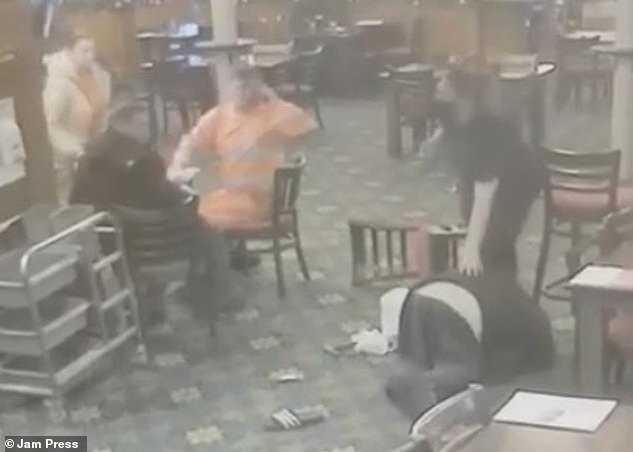 CCTV footage shows the man collapsing to the ground while a staff member rushes to his aid. The attacker was out of the frame and it is not known if they were arrested 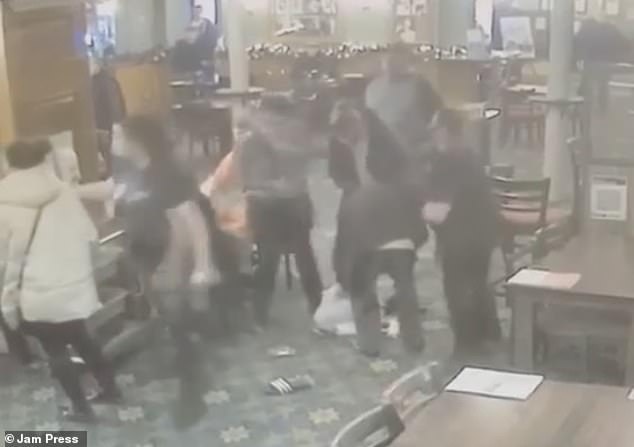 Customers and staff members can be seen helping the man as he stands back up. Footage appears to show people approaching the unknown attacker, who is out of the frame

The video, which was shared on social media, has gained over 133,000 views with users reacting to the violent incident.

Another added: ‘Who throws a chair at a fella walking away with his back turned?’

MailOnline has approached Wetherspoons and Merseyside Police for comment.