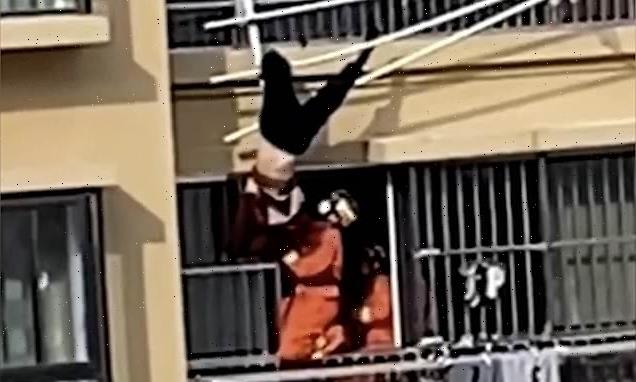 Chinese firefighters rescued an elderly woman who slipped over the edge of a balcony and got caught in a clothes rack.

The 82-year-old woman was hanging out her washing on the 19th floor balcony of her apartment in Yangzhou, Jiangsu province in southern China when she had an accident.

The woman’s legs became entangled on a clothes rack of the 18th floor while her head, arms and torso were dangling over the 17th floor. 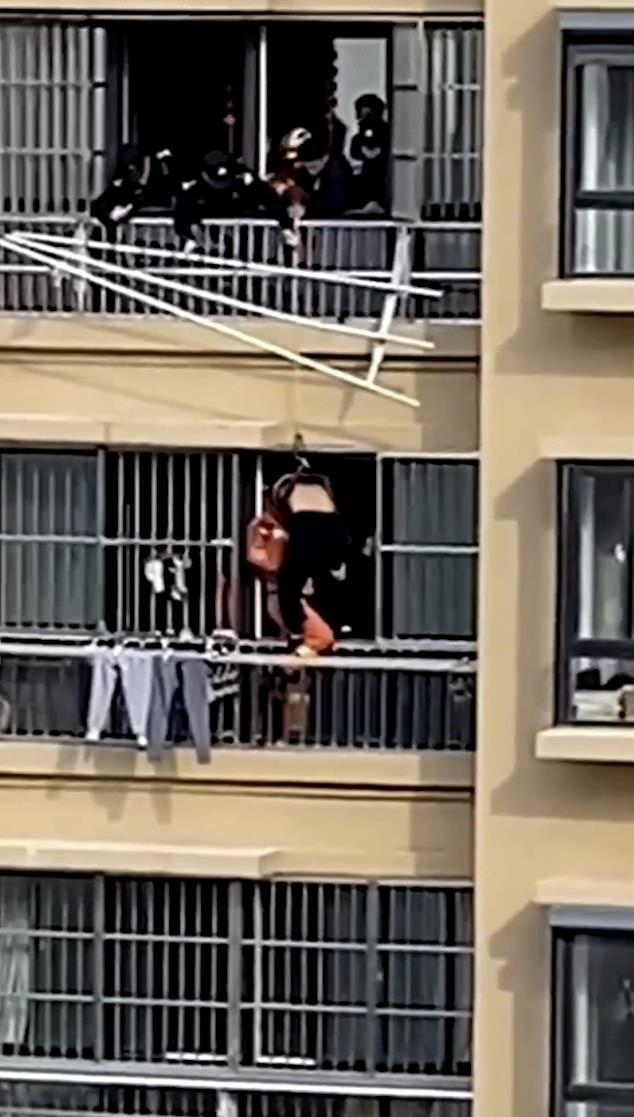 Firefighters were able to rescue the woman who escaped serious injury 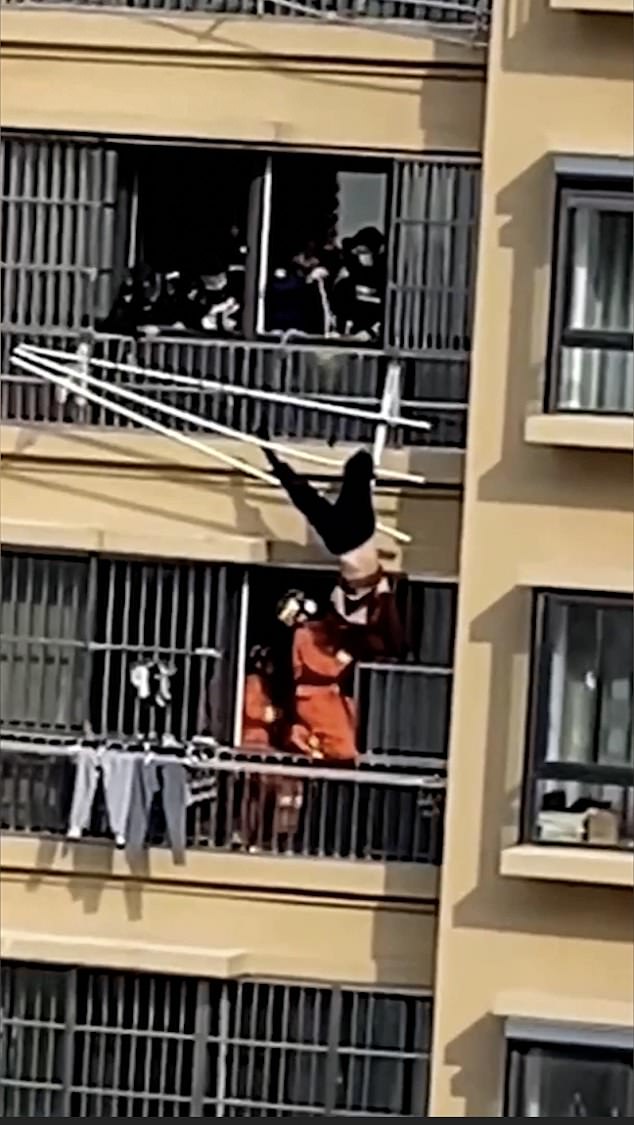 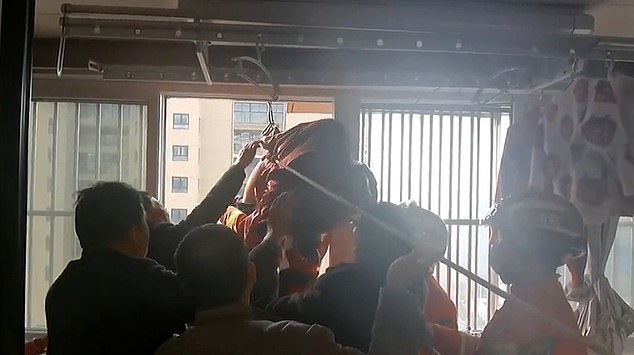 Amazingly, the woman avoided serious injury despite her ordeal

Firefighters held her legs on the 18th floor while another team attached a rope around her body on the 17th floor.

The rescuers were then able to pull the woman up to safety. Officials said she was fatigued but was not seriously injured.

An investigation into the incident showed the woman was hanging out her own washing when she tumbled over the edge of the balcony. 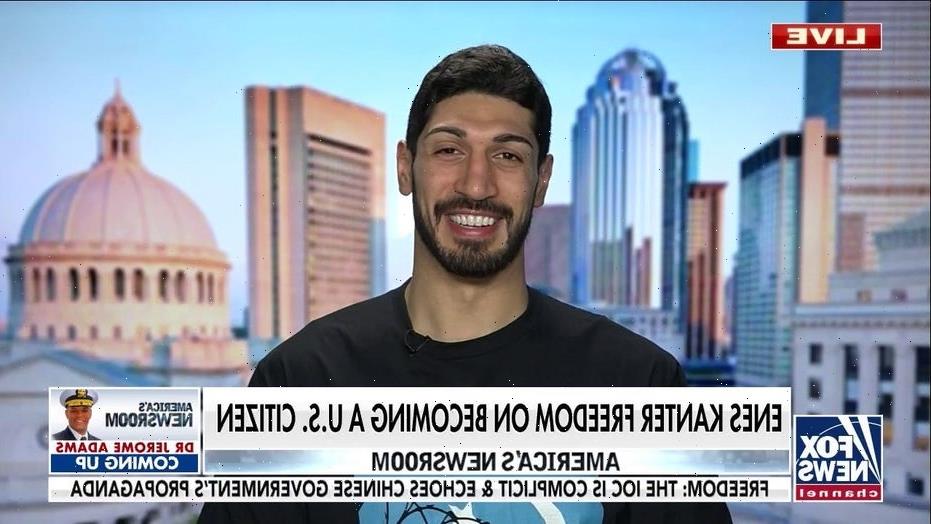