An eight-month-old baby was killed after he rolled into the path of a lorry when his mother became distracted by her mobile phone in Thailand.

Nontawat Saingam was playing in a baby walker in the front yard of his home in the central Samut Prakan province on Thursday afternoon when he managed to open the gate and roll down the driveway into the road.

Devastating CCTV footage shows how the oncoming HGV tried in vain to swerve out of the way before the baby was crushed by the rear wheels. 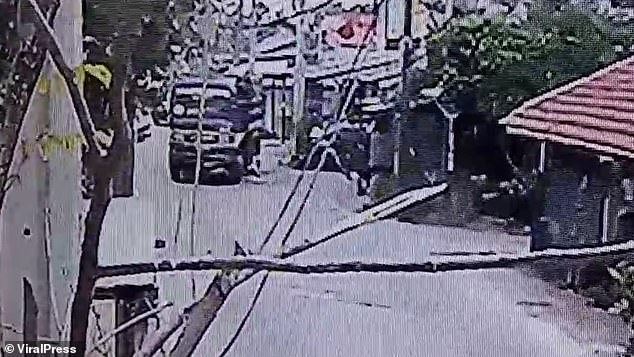 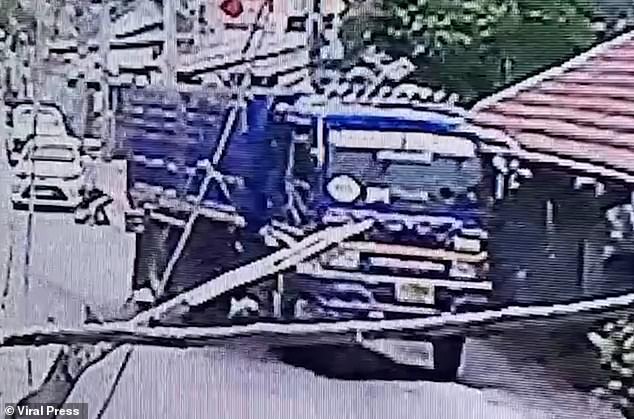 Nontawat was killed instantly after suffering a fractured skull and broken right leg.

His mother, Wilawan Pitpan, 32, had been chatting on social media when the accident happened.

She was seen running into the road seconds later and picking up the baby boy, whose stroller was left in pieces on the road. 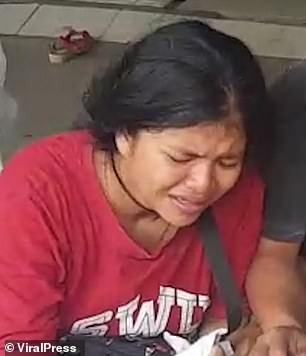 Wilawan told reporters she had been watching her son play but did not notice when he opened the one-metre-high metal gate, which was not tightly shut.

She said she left the child unattended for a while as she was distracted by the conversation with her sister on the Line chat application.

The baby then pushed the walker hard to open the gate and rolled into the road straight into the pathway of the truck.

The mother said: ‘I didn’t know how long I kept looking at my phone and texting with my sister.

‘But I was very shocked when I saw the walker disappeared and the gate was opened.

‘I rushed outside and saw what had happened. I called the rescue foundation. I was trying to think that he was just unconscious so they could save him. But then I knew I was wrong.’

Truck driver Sanan Sopapong, 61, said that he was driving away from a house construction four kilometres away when the walker slid on the road in front of him. 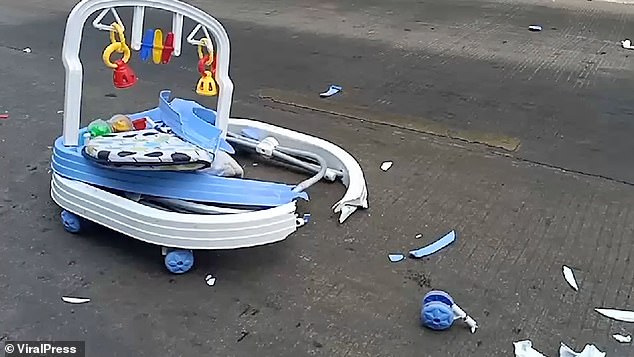 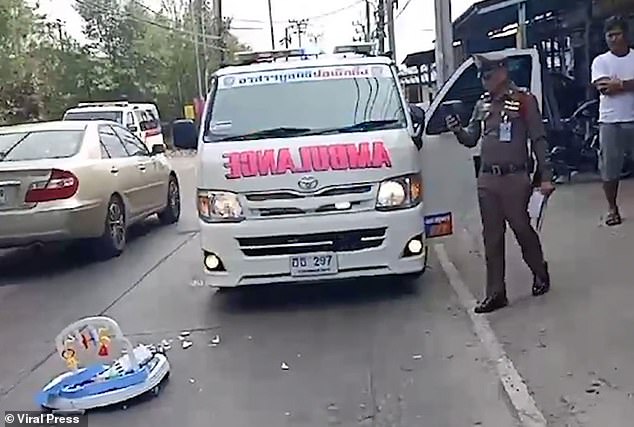 He said: ‘I couldn’t drive fast because the road is very narrow. I was shocked to see the walker suddenly rolled very close to the truck. I tried to swerve but the walker instead went under the back wheel.’

The driver immediately stopped his truck and helped to try and revive the baby while waiting for police.

Nontawat’s body has been delivered to the Institute of Forensic Medicine for an autopsy while police are continuing their investigation.

The regretful mother added: ‘Now I really wish I could turn back time. I should’ve been more careful and I would never let him out of my sight, ever.’