A CREEPY video has captured a door opening and slamming shut after a series of unexplained noises at a flat.

The confused flatmate set up a motion-detection camera after their pal complained of the noises. 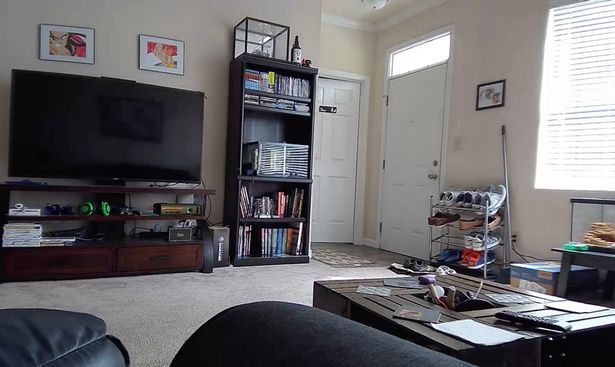 The flatmate was shocked when they received a notification from the camera at 11am,  when they were both out of the house.

Reddit user Blin11 said: "I got home from work and checked out the door. It was fully shut like I left it this morning.

"I don’t see anything else out of place, and no extra fans or anything were left on by my roommate.

"I'm getting a static cam set up for the other side of the door, and I’m going to talk to my roommate about it when he is back from vacation."

Responding to a message they wrote: "I hope no one died here."

Some viewers were convinced it was a sign of paranormal activity, saying: "That for sure is a ghost."

A second wrote: "Okay this creeped me out..I dont think you are faking this at all! It seems like whatever it is was trying to be sneaky at first then realized no one was home to scare so got mad and slammed it…definitely need to keep a eye out and catch some more on camera…"

Others looked for another explanation asking: "Could it be related to your air conditioning? My house has a door that slams when the air conditioning kicks on if we leave it open. If the latch is weak it might also pull it open."

But the man responded to say it wouldn't have been possible, claiming the door had actually been locked shut.