A drug addict who smiled as he ran over a BBC costume designer when she tried to stop him from stealing her bag is set to be freed from prison – after twice going on the run while free on license.

Mark Woolley was jailed for life in 2001 for mowing down Elizabeth Sherlock when she gave chase after her bag was snatched.

He was convicted of killing Mrs Sherlock after she chased his then-girlfriend Jackie Moorehouse, who had taken her bag – which contained £20 in cash, a mobile phone and bank cards.

The pair stole to pay for their heroin addiction and had scores of previous convictions.

Mrs Sherlock had been waiting with her husband at Euston Station in London on Easter Sunday to catch a train to Wigan for her father’s birthday.

Woolley had gone on the run in 2018 and in 2019 after breaching conditions when he was released on licence, before being caught and put back behind bars.

Now the Parole Board has said it is satisfied he is suitable for release again, subject to strict conditions. 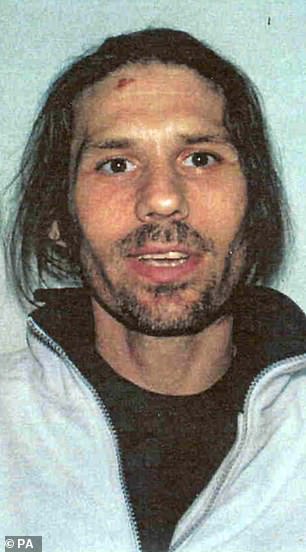 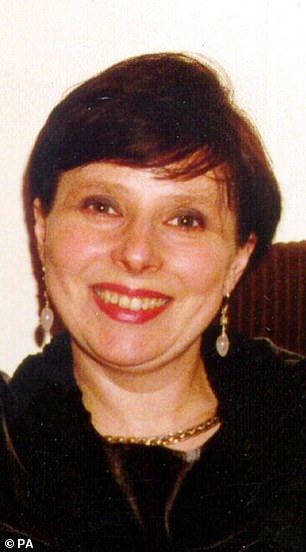 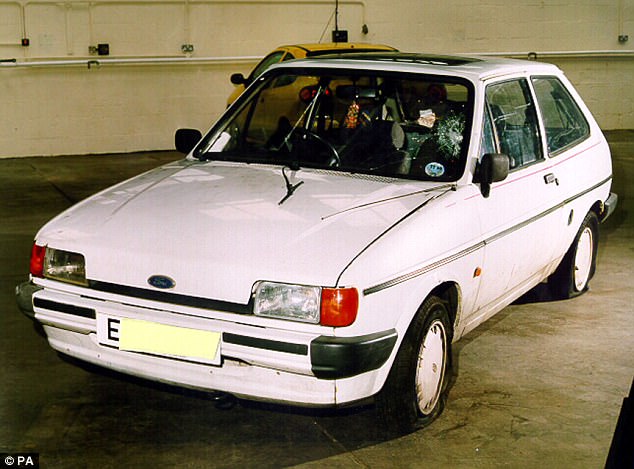 Woolley’s trial heard he was ‘seen to smile’ as he sped off with Moorehouse in a car, leaving Mrs Sherlock dying on the roadside just feet away from her husband.

Mrs Sherlock had jumped on the car in pursuit, having shouted ‘stop that thief – she’s got my bag’, and clung on to the wiper blades but the car did not stop.

The court heard how the designer was thrown into the air in front of the car and tumbled like a rag doll as she was run over before Woolley smiled as they sped off. 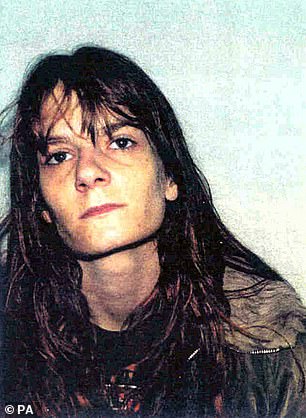 Woolley was convicted of killing Mrs Sherlock after she chased his then-girlfriend Jackie Moorehouse (pictured), who had taken her bag

According to a document detailing the Board’s decision, at the time of his crimes Woolley had a way of life ‘revolving around drugs’ and mixing with like-minded people with his ‘core beliefs’ contributing to his offending.

His behaviour behind bars was described as ‘generally compliant’ and he had won praise for acting as a carer for other inmates.

But his probation officer warned he needed more psychological counselling in custody before he ‘could be considered fully safe’ to release.

A psychologist found that any risks were at a ‘manageable level’ as he had not been violent or aggressive behind bars, the Parole Board papers said.

The Board took into account his motivation to take part in rehabilitation and his ‘positive life goals’ when making their decision.

He will face ‘strict limitations’ on his movements and activities as well as over who he speaks to – including a ban on contacting the victim’s family – and will need to live in designated accommodation.

As well as continuing to behave, he must disclose any relationships and details of any vehicles he has access to, take part in drug testing and have an electric tag and curfew.

A Parole Board spokesman said: ‘Decisions are solely focused on what risk a prisoner could represent to the public if released and whether that risk is manageable in the community.

‘The panel carefully examined a whole range of evidence, including details of the original crime, any evidence of behaviour change, as well as understood the harm done and impact the crime has had on the victims.

‘Parole reviews are undertaken thoroughly and with extreme care. Protecting the public is our number one priority.’