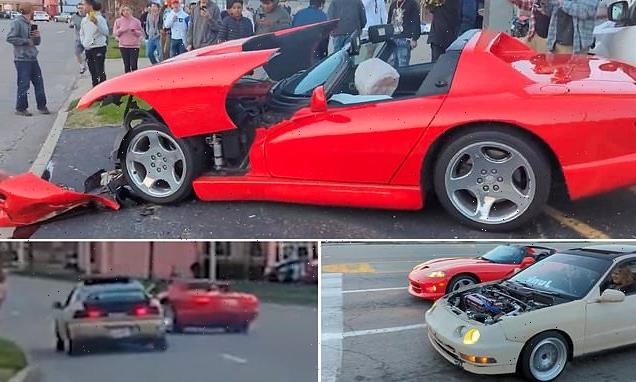 Pole position! Moment driver wipes out his Dodge Viper on a lamp-post after taking on a scruffy Acura Integra in a street race

This is the moment the driver of a sports car worth tens of thousands of dollars crashed it into a lamp-post during a street race.

The driver of the red Dodge Viper RT/10 took on a scruffy beige Acura Integra that didn’t even have a hood in Dayton, Ohio, on April 10.

Footage shows the Dodge suddenly swerving in front of the Acura and spinning off the road and smashing head-on into the metal pole. 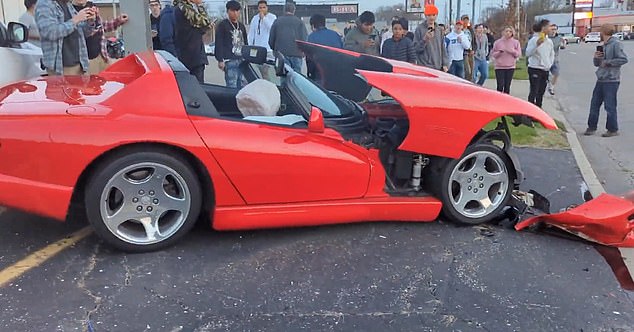 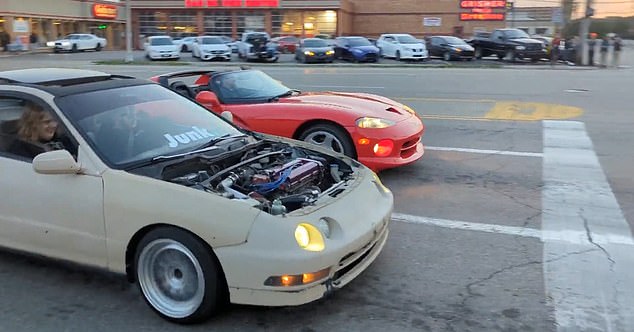 The Dodge was racing a scruffy beige Acura Integra, which had the word ‘junk’ written on the windshield

The cars rev their engines as an onlooker shouts: ‘You have to! You have to!’

As the two cars begin racing their tyres screech with smoke erupting from the wheels, while onlookers whoop with excitement.

The red Dodge was in front of the Acura but suddenly cut in front and hit the lamp-post head first.

Although airbags did deploy the diver was able to exit the vehicle by himself and did not appear to be injured.

Luckily there were no pedestrians on the sidewalk when the car mounted and struck the lamp-post.

The footage has been seen hundreds of thousands of times online, with hundreds commenting on it.

Tim Leu commented: ‘If you own a car worth that much and has that much power under the hood, you better know how to drive it…in all instances.

‘Just having a fast car doesn’t mean that you can drive fast without first learning how to drive it. 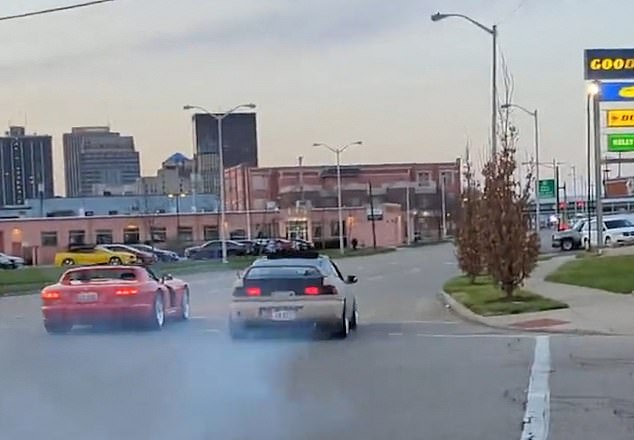 ‘Good luck to the driver in explaining that to his insurance company.’

Meanwhile, another online user said: ‘I don’t feel sorry for this guy! He shouldn’t have been trying to race in the first place. It’s his own fault he totalled his car.

‘What if there was some poor unsuspecting person walking where he crashed at?!

‘He wanted to show off how fast his car was and he ended up getting out of a mangled wreck and was standing there looking like a fool.’