Feeling fuel-ish? Hilarious moment baffled driver tries to fill up his Tesla at a gas station before finally realising it’s an ELECTRIC car

Most Tesla owners buy their care because of the environmental benefits of driving an electric vehicle.

But this man in Las Vegas seemed unaware that his Model 3 runs on battery power when he tried to fill it up with petrol.

Dash cam footage shared by magician Justin Flom on Wednesday shows the baffled driver trying to refuel his car at a gas station to the amusement of those behind. 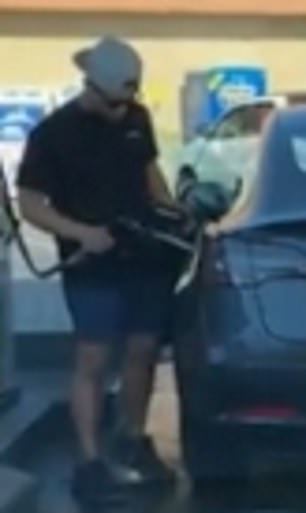 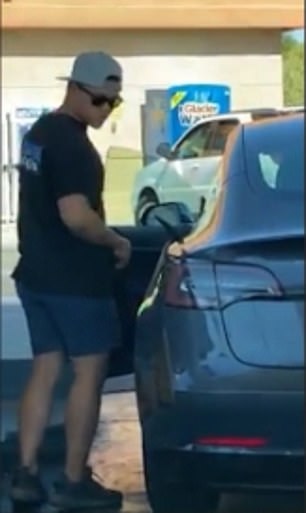 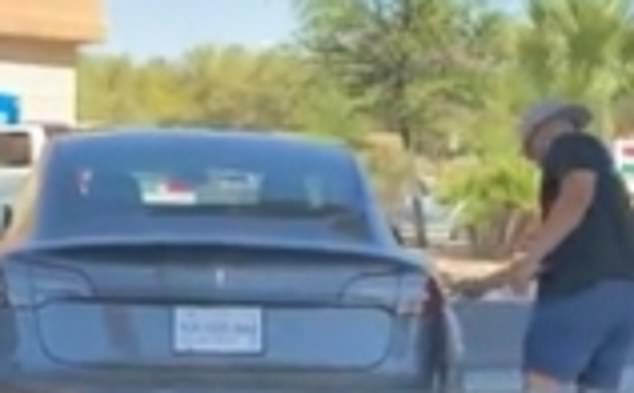 In the video, a man taking the video asks ‘at a gas station?’ as the Tesla driver, initially wearing a face mask, gets out his car.

The Tesla driver ducks into the car again as the man says ‘maybe he’s just throwing something away’, before the Tesla driver gets his wallet out and the man laughs ‘nope, he’s not, oh my gosh’.

After popping the charging port of the car, the driver takes a fuel nozzle and tries to put it in.

The man and woman in the car behind question whether the Tesla driver was in his father’s car as he opens the trunk. 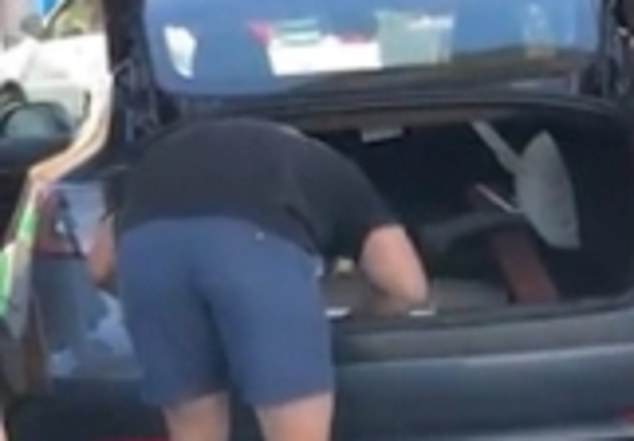 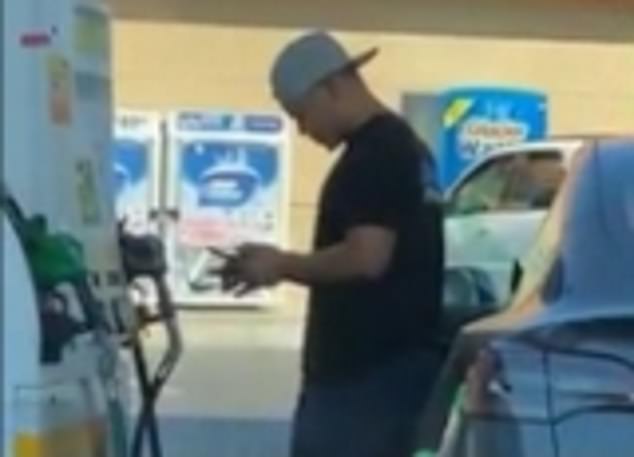 Finally, the driver gives up after he checks his phone and realises his embarrassing mistake

Unable to find a petrol in the trunk, the Tesla driver angrily moves to the other side of the car to check there, but to no avail.

Becoming increasingly cross and frustrated he gets out his mobile phone to seek answers, before eventually driving off as the people in the car behind crack up laughing.

Justin Flom shared the footage on Wednesday with the caption ‘he tried to put GAS in his TESLA’.

One commenter wrote: ‘I think he bought Tesla while sleeping, I mean people generally knows the specifications of the car he is driving.’ 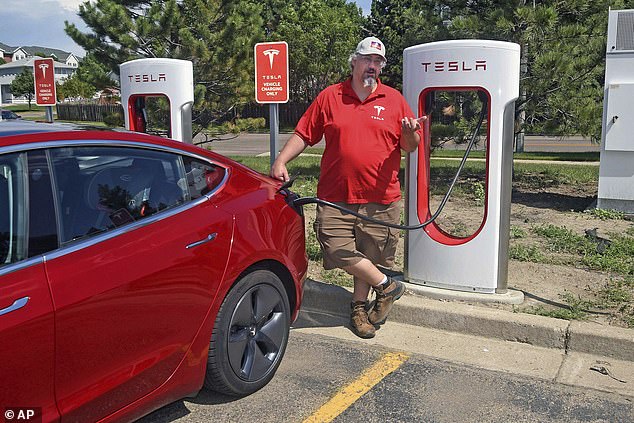 Another said: ‘Surprised the person who sold him the car didn’t explain it doesn’t need gas. Poor guy! Eventually he would have found out about it.’

Another wrote: ‘Wow! Agent at the rental probably told he needed to return it with full tank joking around and he wasn’t listening maybe?’

But others suspected the video may be a hoax, with similar footage of a woman trying to fill her car up from the wrong side emerging earlier this month.

One wrote: ‘This has to be fake. Is this the same people who filmed the girl who kept trying to fill up on the wrong side?’