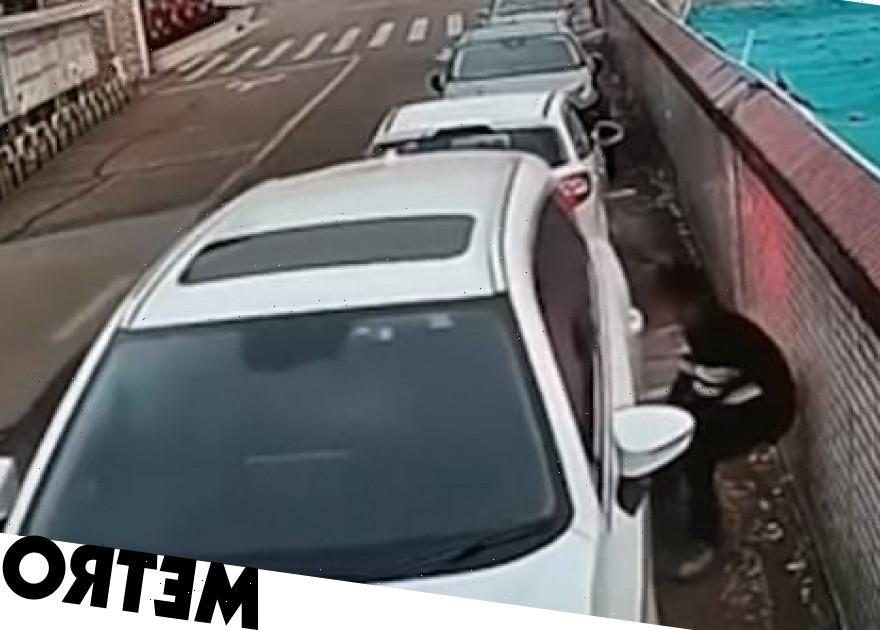 This is the hilarious moment a driver ended up using his bare hands to park his car.

The bungling motorist nearly hit three motorbikes and a cyclist while trying to park his car in the large space – before ultimately giving up.

CCTV footage shows the driver in Wuzhou, south-eastern China, turn into the space at an angle, seemingly forgetting this manoeuvre requires some parallel parking.

He rethinks his strategy, reverses, and nearly knocks over two passing bikes.

The driver also has trouble with his lights as both the hazards and headlights suddenly turn on.

He drives into the space once again but ends up in the same hopeless position, before reversing out and nearly hitting a third motorbike.

At this point, he gives up trying to steer his way into the space, and gets out to ponder his next move.

To finally stop his car blocking the narrow street, he rolls up his sleeves and reveals some pretty impressive strength.

After gradually pulling the car in line with the wall, he punches the air in triumph and walks away.