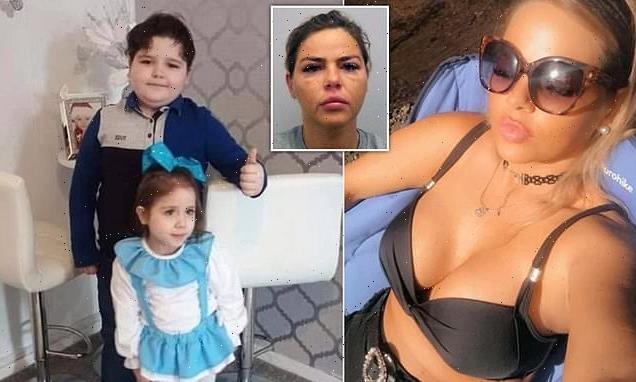 Drink-driving mother-of-four, 35, was ‘a party girl who loved her drinks’ say neighbours as she is jailed for four years over M1 crash that killed her children, four and ten

A drunk mother-of-four who screamed ‘God, why did I not put their seat belts on’ after killing her two children in a crash on the M1 has been jailed for four years – as neighbours reveal she was a ‘party girl who loved her drinks’.

Mary McCann, 35, was driving her Vauxhall Astra car down the M1 with her two youngsters, Lilly and Smaller in the back of the car, when the vehicle hit a Scania HGV.

The two children, aged four years and 10, were killed instantly in the horrific collision near Milton Keynes, Bucks, shortly after 11pm on August 9 last year.

Earlier the same day, the two children had been pictured together with a balloon in celebration of Smaller’s tenth birthday.

McCann was charged soon after the crash after police discovered she had been drinking.

She was jailed for four years and one month at Aylesbury Crown Court today, having earlier pleaded guilty to two counts of causing death by careless driving whilst under the influence of alcohol.

Now, neighbours have described her as a ‘party girl’, with one telling MailOnline: ‘She looked like a party girl. I couldn’t get around it. It’s shocking as I have kids of my own. When you see the little girl and know that she died in the accident, it makes you worry.

‘I didn’t ever see her shouting or screaming. She was quiet. The only time I ever heard her was when she had a party.

‘She loved her music, I saw her a lot in the car with music on. She used to come back late at night with her kids, I could hear the car. It was quite late.

‘They had expensive drinks, I saw when they took the bottles out. They had whisky and Bailey’s. They had loads of bottles, even miniature one’s. She must have loved her drinks. There were quite a lot of bottles.’ 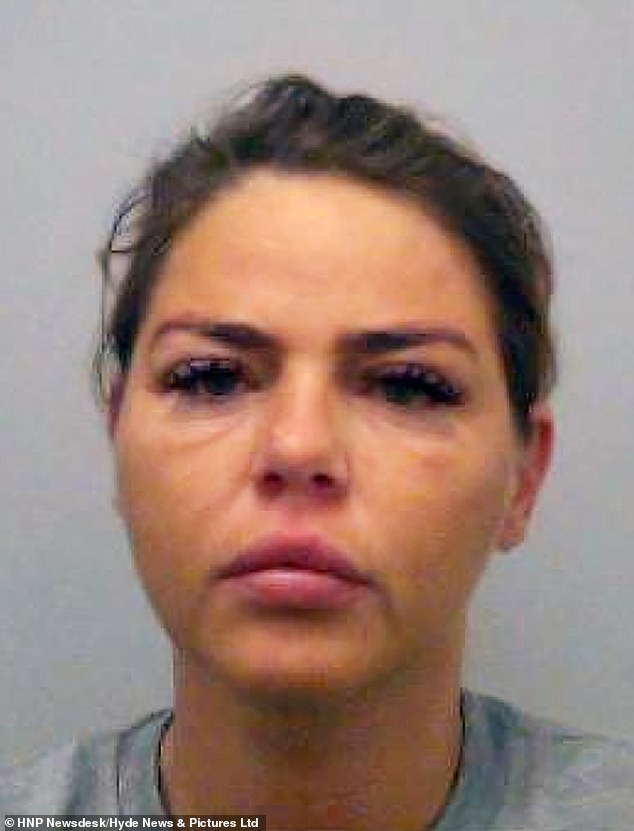 Mary McCann, 35, has been jailed for to two counts of causing death by careless driving while unfit through drink 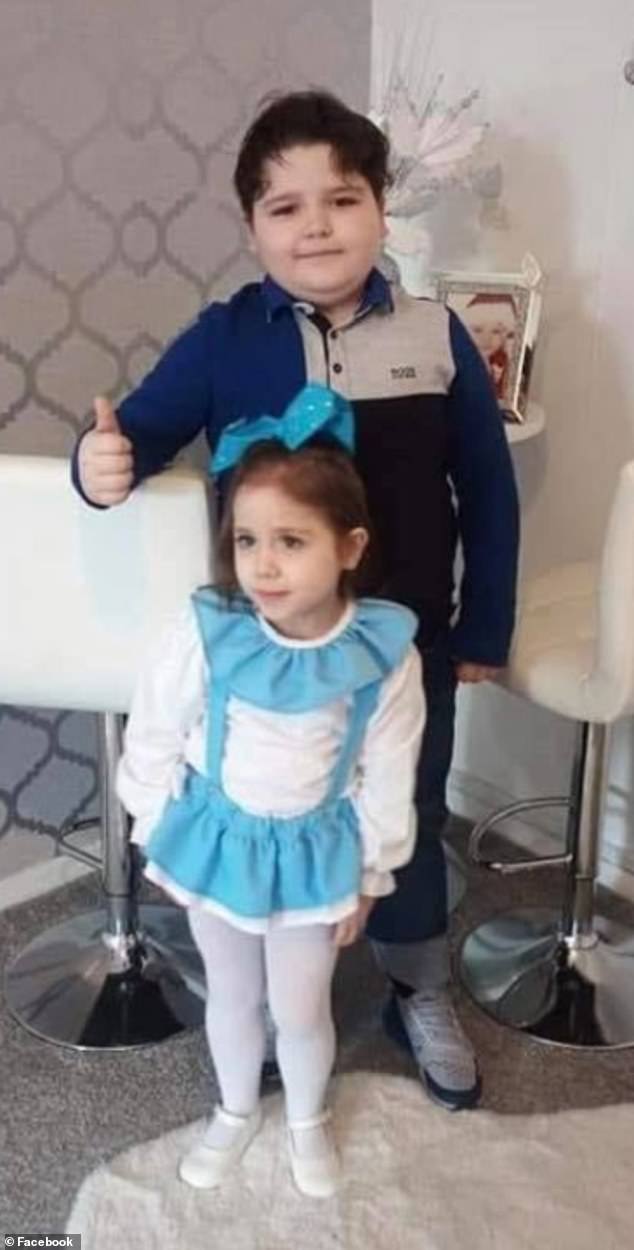 The two children, aged four years and 10, were killed instantly in the horrific collision near Milton Keynes, Bucks, in August last year 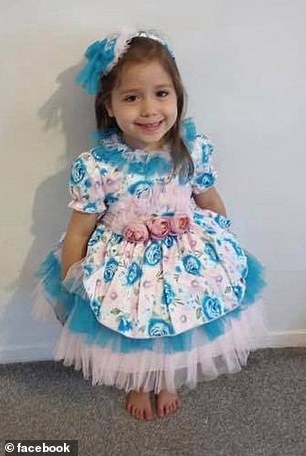 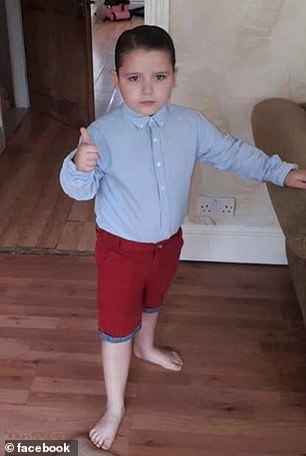 Mary McCann was driving her Vauxhall Astra car down the M1 with her two youngsters, Lilly (pictured left) and Smaller (pictured right) in the back of the car, when the family car became involved in a dramatic crash with a Scania HGV 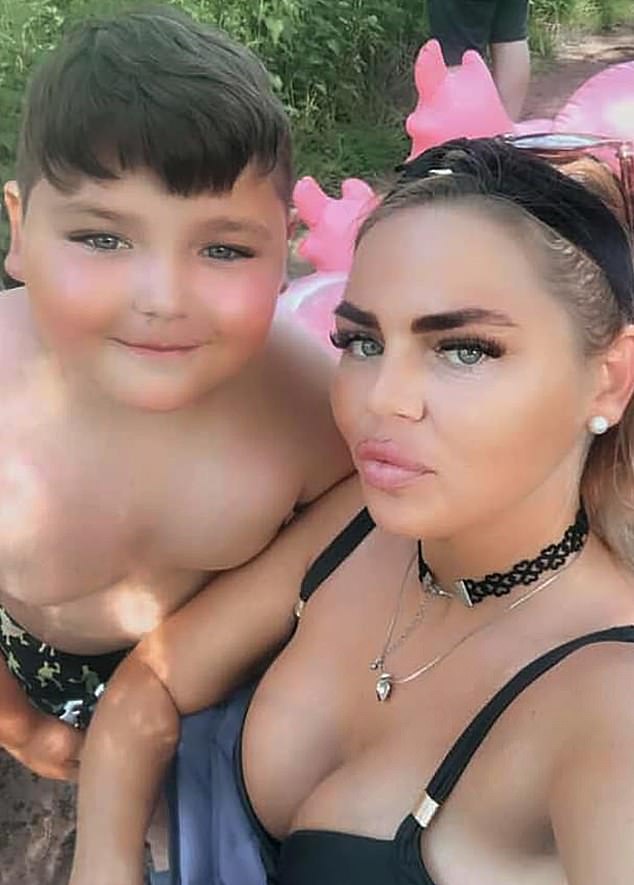 McCann (pictured with her son Smaller), from Derby, was charged soon after the crash after police discovered she had been drinking

McCann had consumed at least 98 milligrams of alcohol per 100 millilitres in blood – over the legal limit is 80 milligrams.

She was also speeding at at least 72mph on a stretch of motorway where the speed limit had been reduced to 60mph.

Stephen Shay, prosecuting, told the court: ‘Shortly before the collision the lorry was in lane one and the lorry was moving into lane two. The defendant was driving in lane two.

‘For no obvious reason, the defendant drifted into Lane One. She steered right in an unsuccessful attempt to jump the lorry.

‘The car sustained catastrophic damage to the rear side and rotated anticlockwise.

‘Lily was ejected from the right of the car before it moved into the central reservation.

‘The defendant said ‘God, why didn’t I put their seatbelts on?’

‘His fatal injury was likely to have been caused by his head striking the damaged part of the car.’

Lorry diver Simon Denton told the court in a victim impact statement that the horror smash had left him suffering from nightmares and flashbacks.

He added: ‘This has left me depressed, anxious and in constant fear. I cannot go out and when I do I am looking behind me. I am scared.

‘When she absconded I thought ‘why can you not stand up and take responsibility for what you have done?”

McCann, from Derby, was taken to hospital to be treated for shock, while another of her daughters, then aged two, was strapped into her seat and survived the fatal collision. She also has a third daughter, then aged 13, who was not in the car.

Mr Denton was unhurt, but the motorway was closed for 12 hours following the fatal crash.

McCann was subsequently arrested after she handed herself in to police. 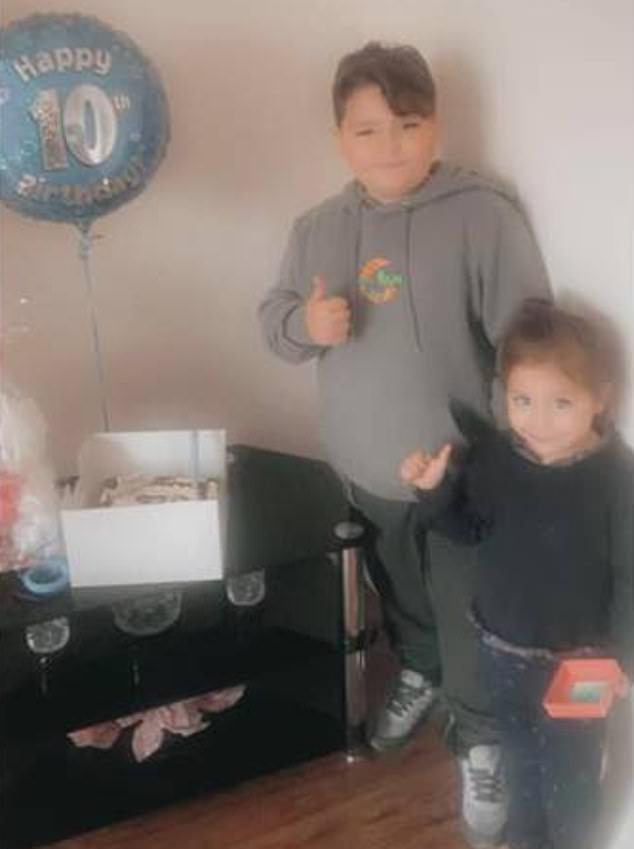 She was bailed on August 24, but failed to show for a court appearance the following month, when it was feared she had gone on the run and may have fled to Ireland.

Border Force was told to place alerts at all British ports and airports to stop her leaving the country.

She handed herself in later that month and has been remanded in custody since.

Laban Leake, representing McCann said in mitigation that the horror crash had been ‘unintentional’.

He added: ‘She has to be punished by this court and quite rightly so. However, it must be acknowledged that the true punishment for this offence, which was of course truly tragic, lies in her grief for her children.

‘She has complex PTSD and a bereavement reaction condition. She was on psychotic medication, but she stopped it because she wishes to feel the blunt force of her grief.’

The court was told her surviving children are living with their grandmother and doing well, but they are expected to return to her when she is released from jail.

She sobbed from her cell at HMP Bronzefield in Surrey as the case against her was read out.

Judge Francis Sheridan told McCann that she would carry the cross of her actions for the rest of her life.

Passing sentence, he said: ‘The driving in this case was not far short of dangerous driving.

‘This is a heartbreaking case, to have to sentence a mother for killing two of her own children while drunk and driving as badly as you were.

‘It is a disgrace that you drove whilst drunk with your two children in the back of the car.

‘You will carry the costs of what you did for the rest of your life.’

McCann, of Bamford Avenue, Derby, was jailed for 49 months and banned from driving for seven years and two weeks.