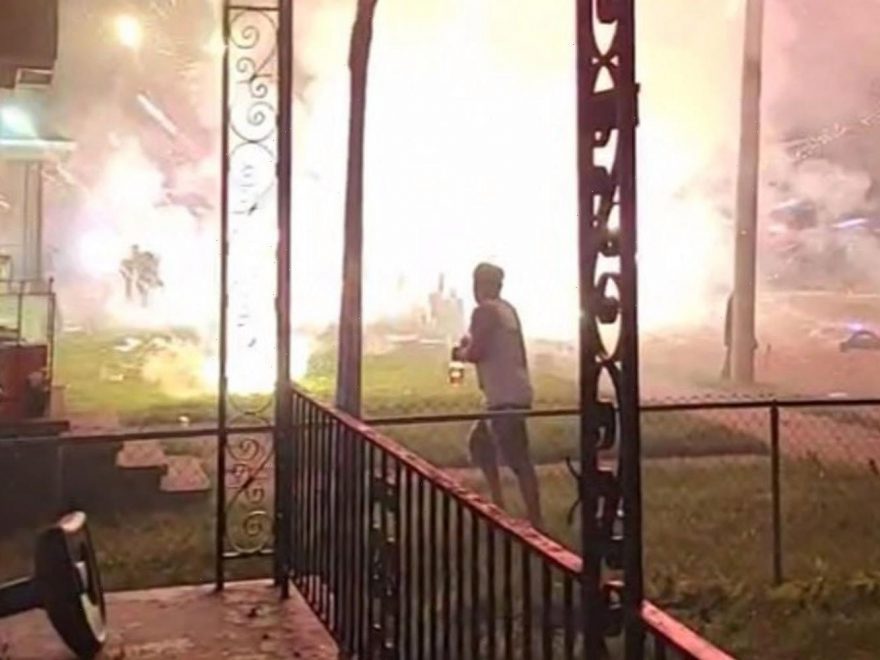 THIS is the shocking moment four people were hurt in a blast after a “homemade firework” was thrown into a U-Haul rental truck at an Independence Day party.

The pyrotechnics detonated at around 10:30pm on Sunday night in Toledo, Ohio. 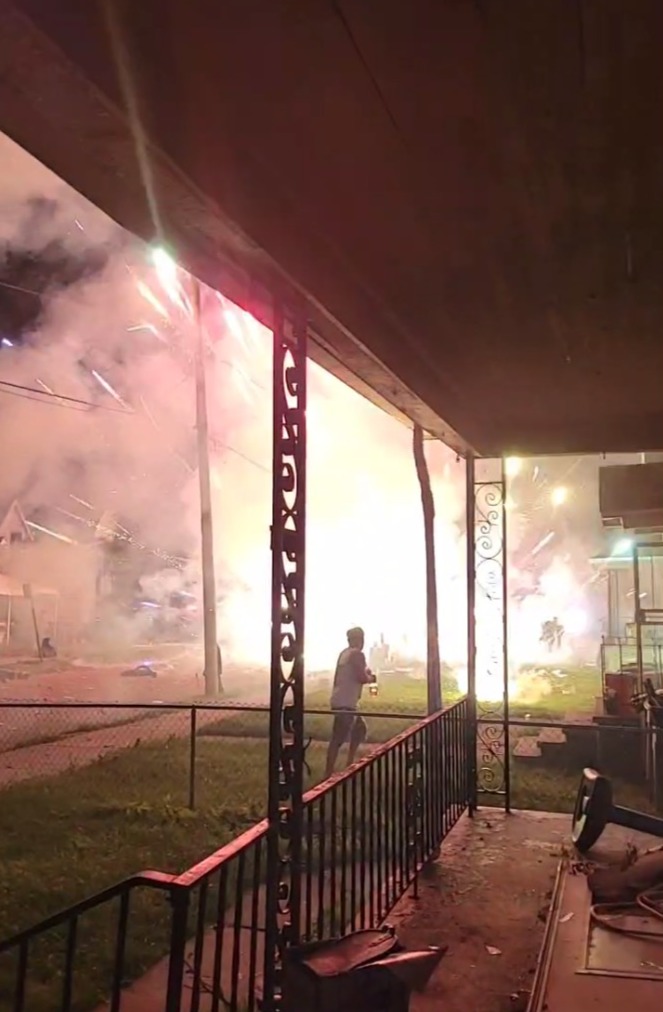 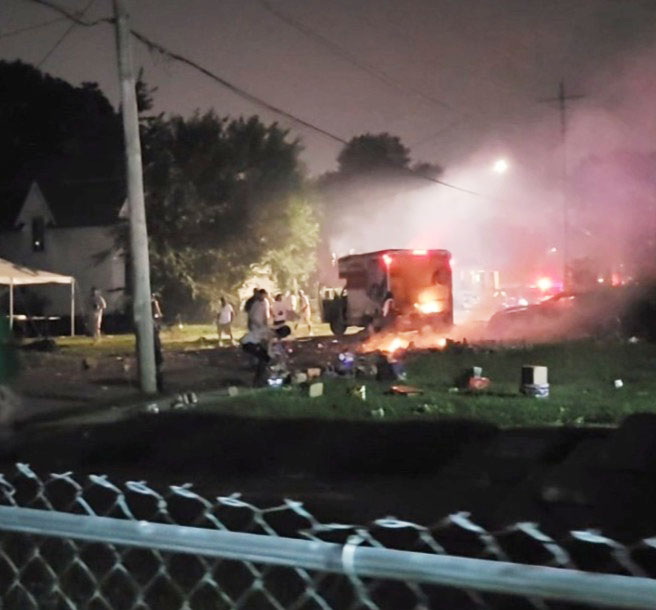 Witnesses said one person "tossed" the explosive into the back of the vehicle.

An explosion went off inside the truck and it caused fireworks on the curb to detonate as well.

Four people were admitted to hospital, but their injuries were not life-threatening, The Toledo Blade reports.

Footage shows the moment the truck exploded into a huge fireball.

Residents are seen running away screaming as fireworks shoot off in all directions.

One woman was seen taking shelter on a front patio while the explosion occurred. 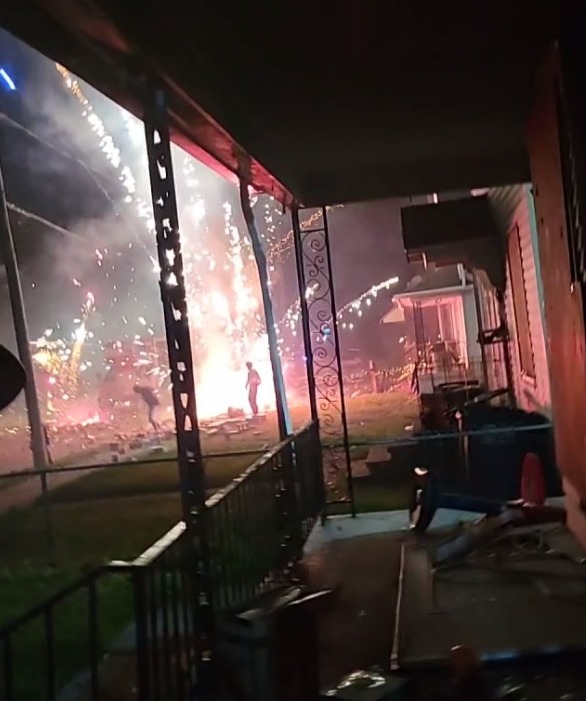 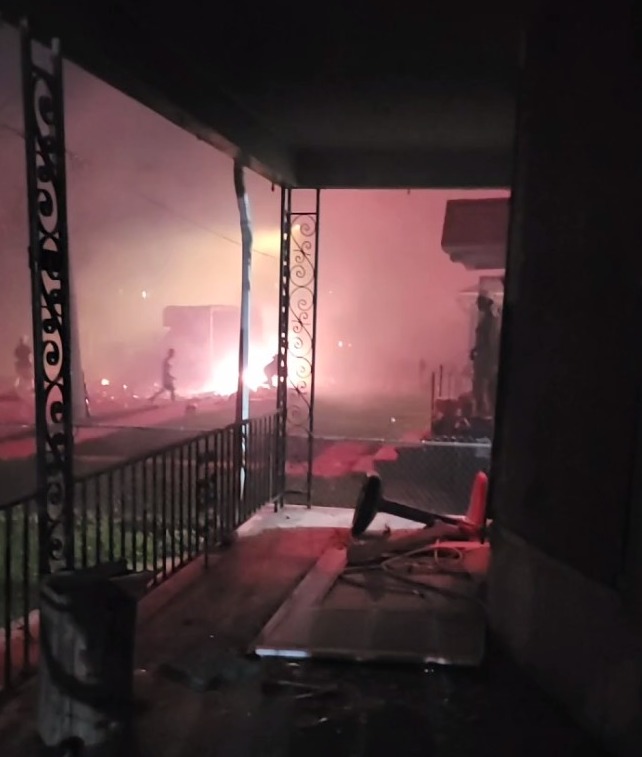 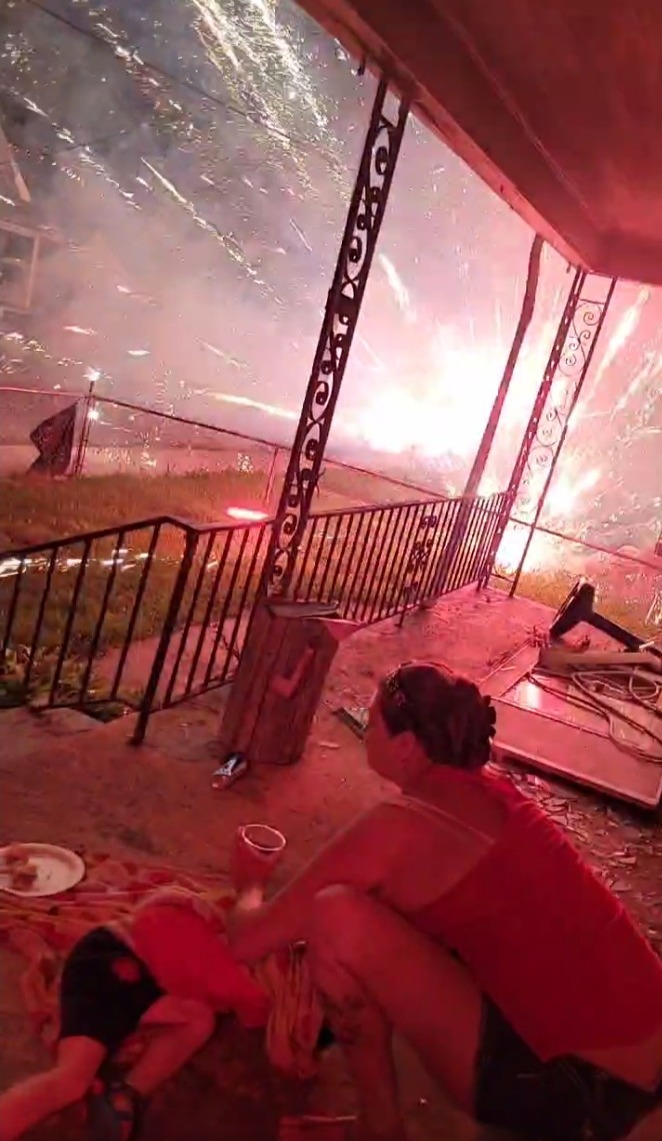 Tevin Jones told the Toledo Blade: “It blew the U-haul up and from there it caught all of our fireworks.”

Jones feared that the outcome could’ve been much worse.

Stephen Thomas Dukeman, 22, David Zuniga, 19, and David Galdieux, 55 were among those reported to be injured.

The fourth person has not been named.

Brian Byrd, of Toledo Fire and Rescue, said: “We are very lucky that there were no serious injuries or fatalities. First of all, it’s illegal. Second of all, let’s not be stupid.”

He compared the scene to a “war zone”.

Malfunctioned explosions were also caught on camera in Ocean City, Maryland on July 4.

Beachgoers ran for cover as there was a series of blasts from a firework truck that was parked on the beach.

Huge plumes of black smoke were seen billowing from the area where the display was due to be held.

Ocean City Fire Department confirmed there was an "unintentional discharge of fireworks" on the beach ahead of the July 4 fireworks show.

Several firework handlers suffered minor injuries and fire crews were investigating the cause of the incident.