DRAMATIC footage shows the moment police rescued a hostage being held at knifepoint by creeping up behind her attacker and shooting him with a rubber bullet at point-blank range.

Tactical officers stormed Adolfo Pinheiro train station in Sao Paulo, Brazil, on Tuesday after the suspect kidnapped a stranger and threatened to kill her. 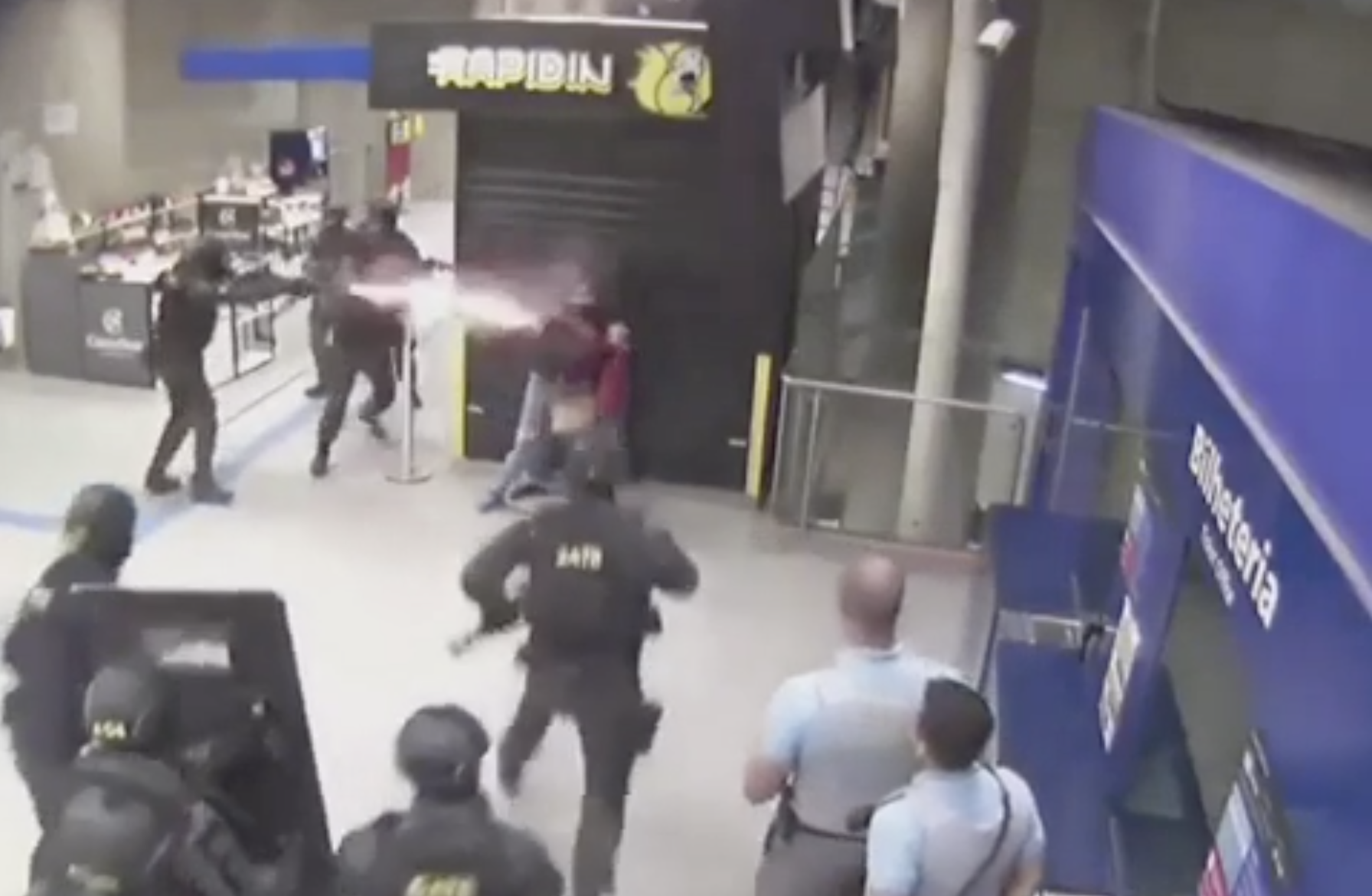 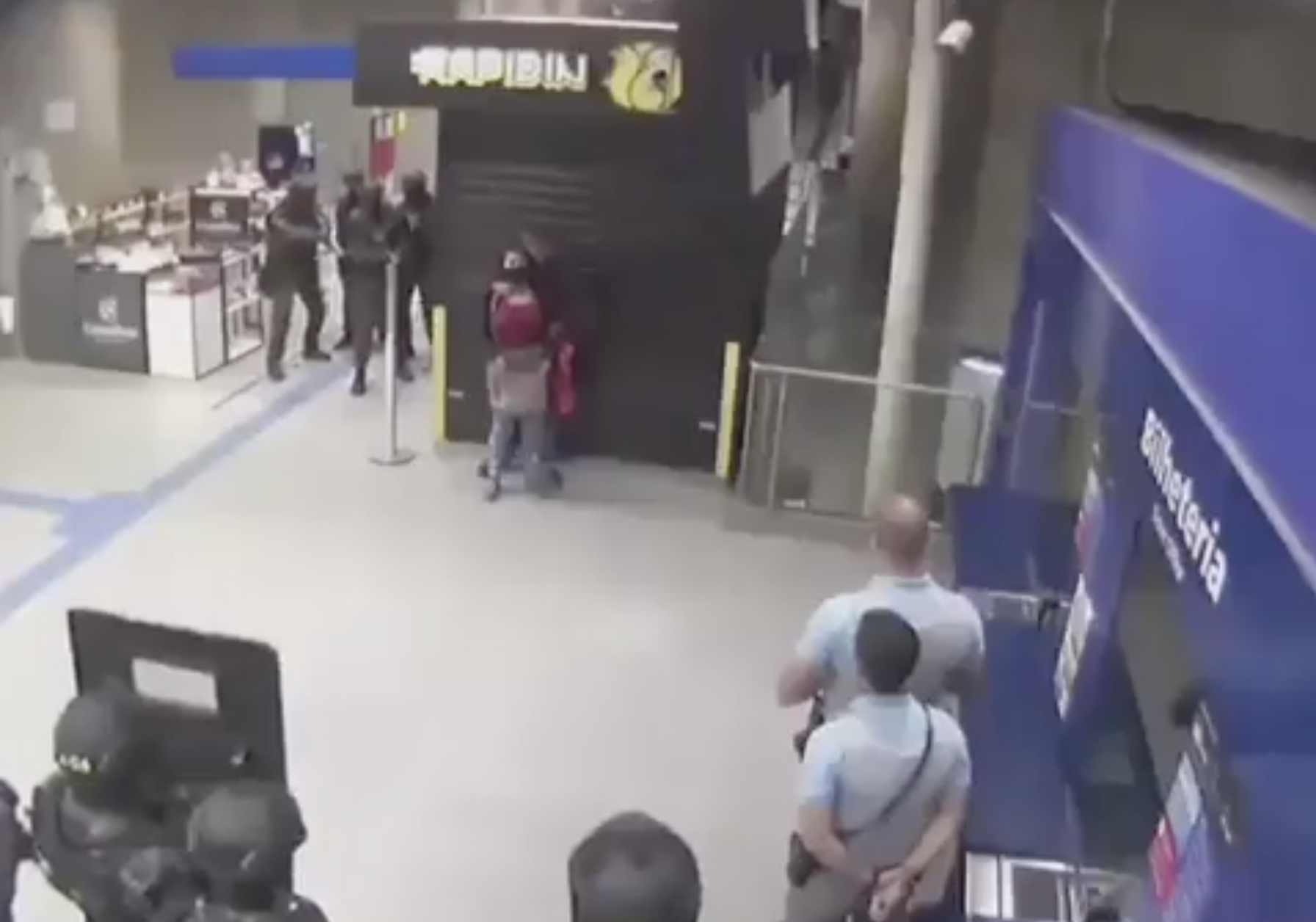 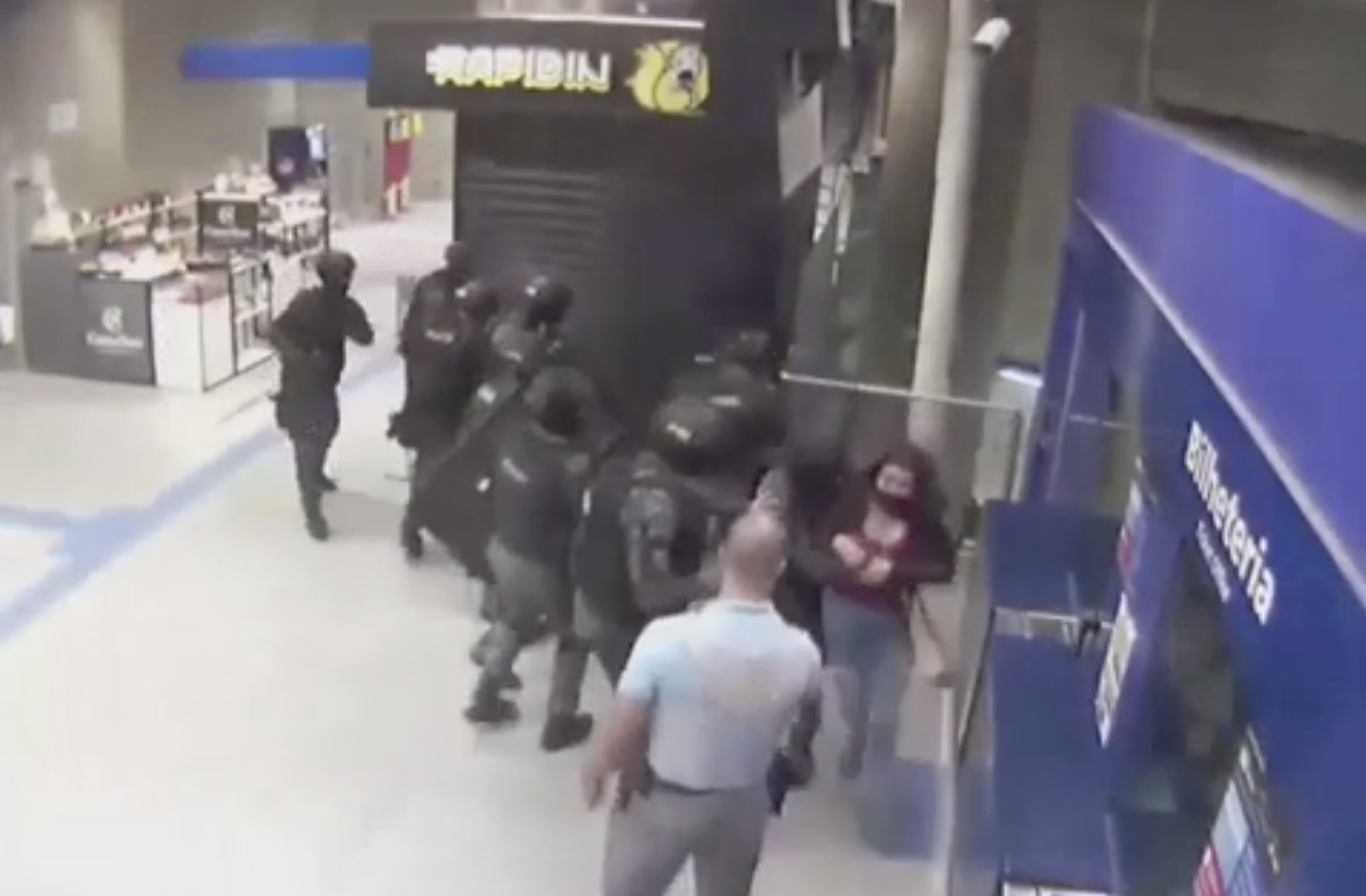 The man reportedly held a knife to the woman's throat and repeatedly refused to engage with police negotiators during a fraught two-hour stand-off.

Reports suggest he was suffering a schizophrenic episode at the time of the incident.

In footage captured on the station's security cameras, the man is seen with his arm around the woman and his back to a kiosk as a line of officers stand a few metres in front of him.

Four members of a military police unit are then seen moving slowly up the side of the kiosk, trying to reach the pair without the knifeman seeing them.

They then step around a corner and one fires a rubber bullet at the man from around a foot away.

Another can be seen deploying a taser.

The man falls to the ground and other officers move quickly to grab the woman and move her to safety.

Officers also rescued three women who had locked themselves inside a train cabin for safety and one of whom had collapsed from stress, Universo Online reports.

The suspect was arrested and held at a local police station.

The woman was taken to hospital after suffering a "nervous breakdown" but was otherwise uninjured, G1 Globo reports.

The suspect – whose identity has not been revealed – was also unhurt.

His family had said he had stopped taking his prescribed medication.

Viewers on social media praised the police for their bravery.

"Congratulations to the police officers," one said.

"The professionalism was perfect."

Another wrote: "Very risky, but thank God everything worked out.” 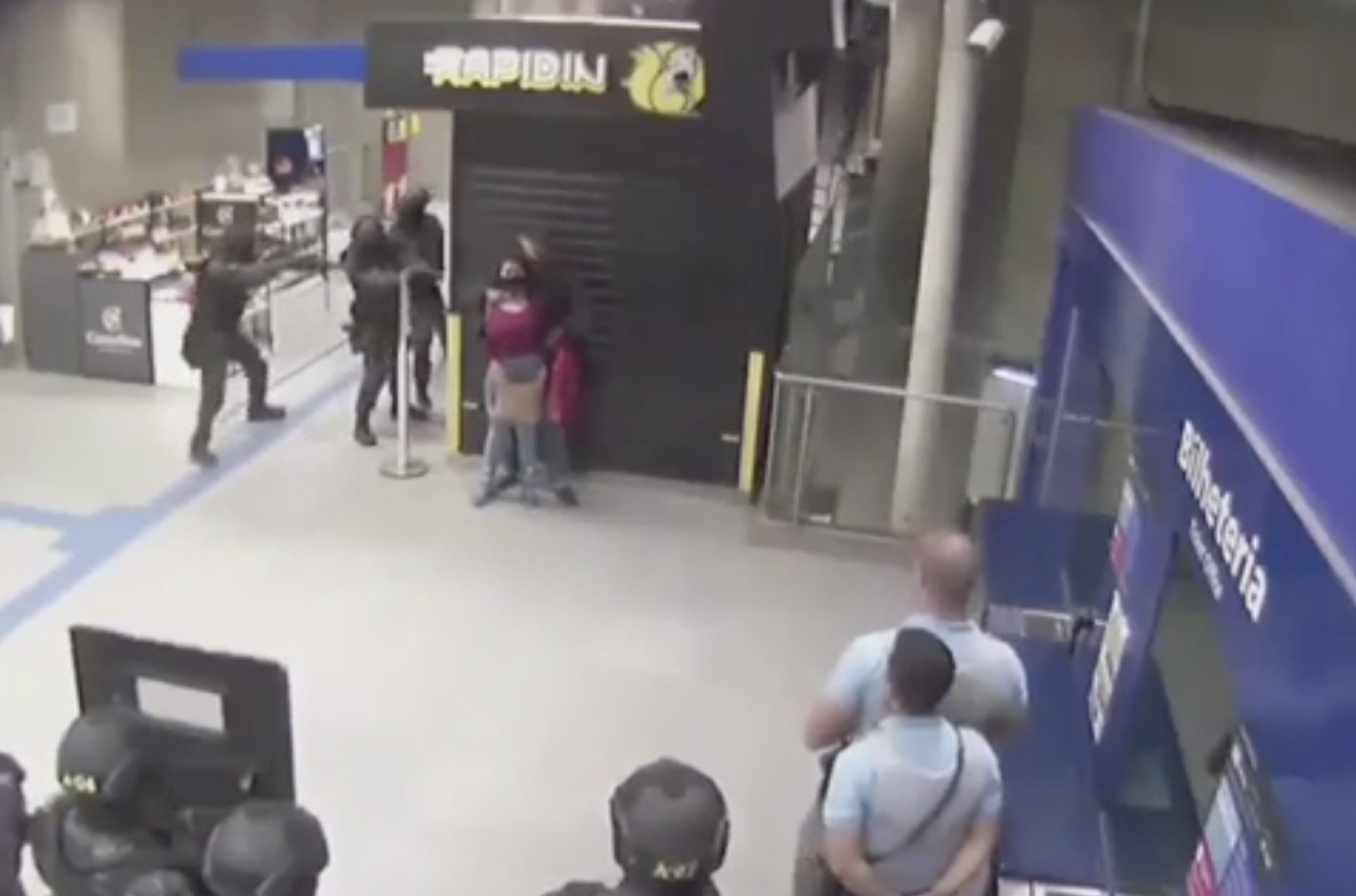 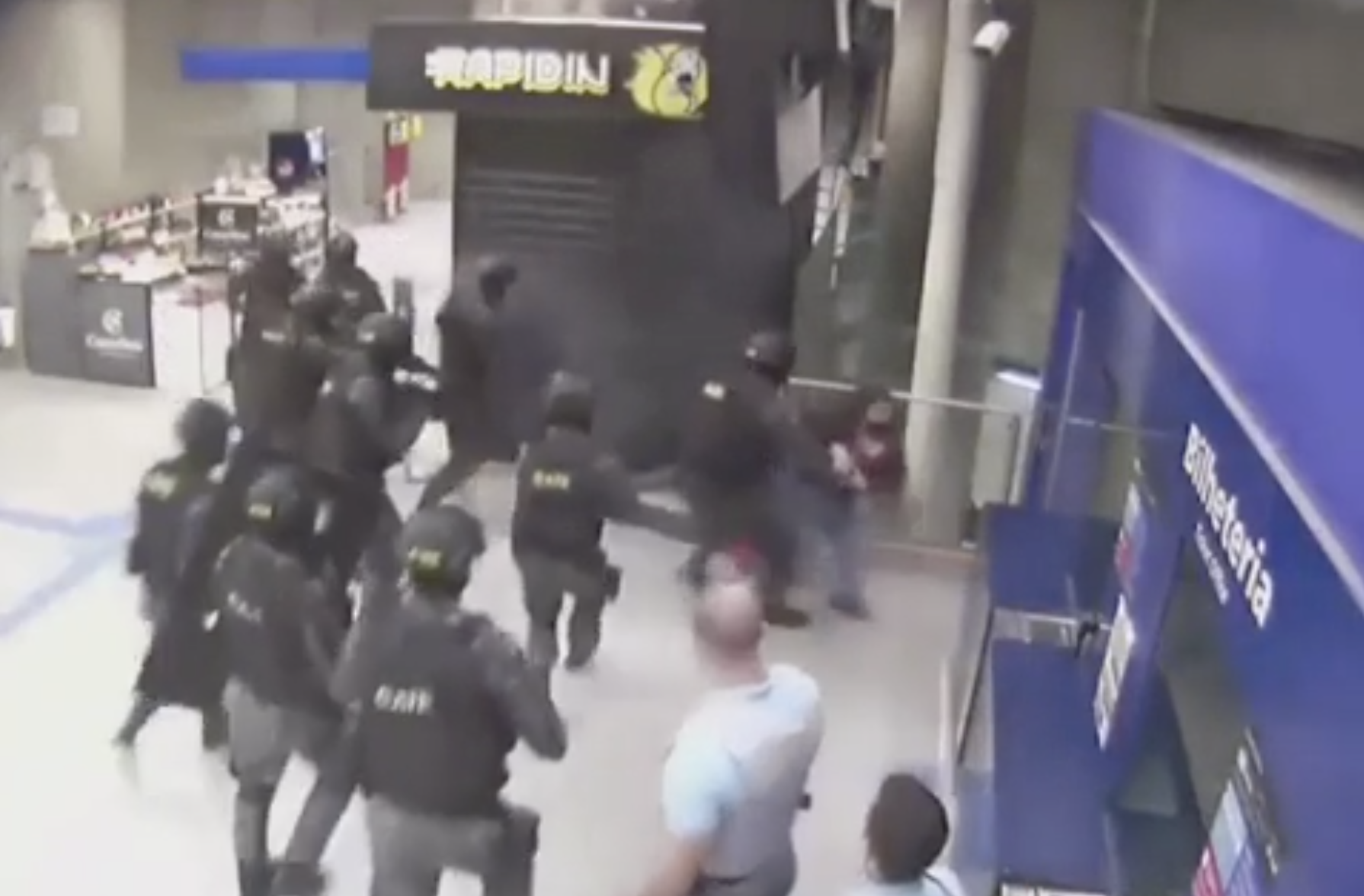 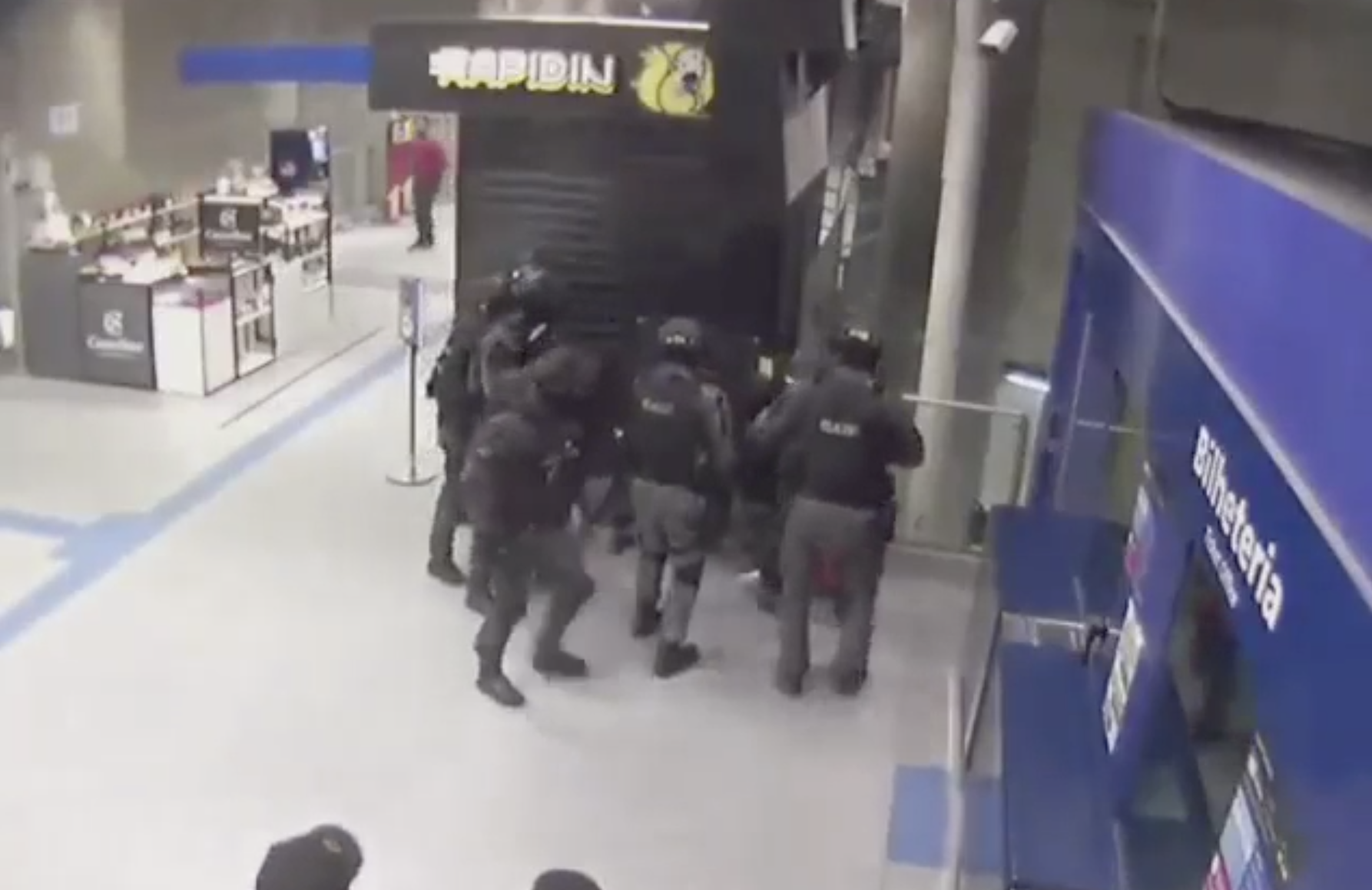