This vertigo-inducing footage shows a first person perspective of a cable railway trip through the Swiss mountains.

The timelapse journey looks more like a rollercoaster ride as the carriages travel down the near vertical mountain side.

The footage was filmed at Gelmer Funicular, one of the steepest mountain cable railways in Europe, nestled in the mountains in Bern, Switzerland. 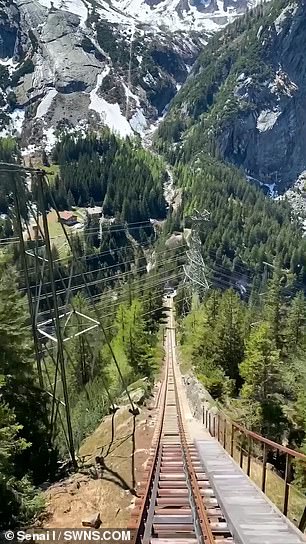 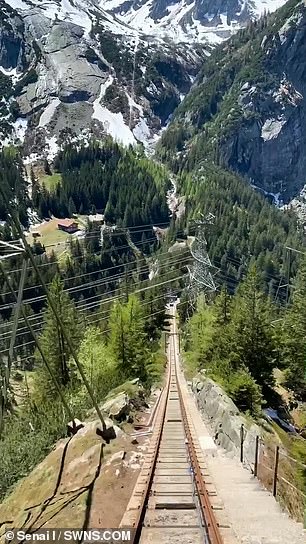 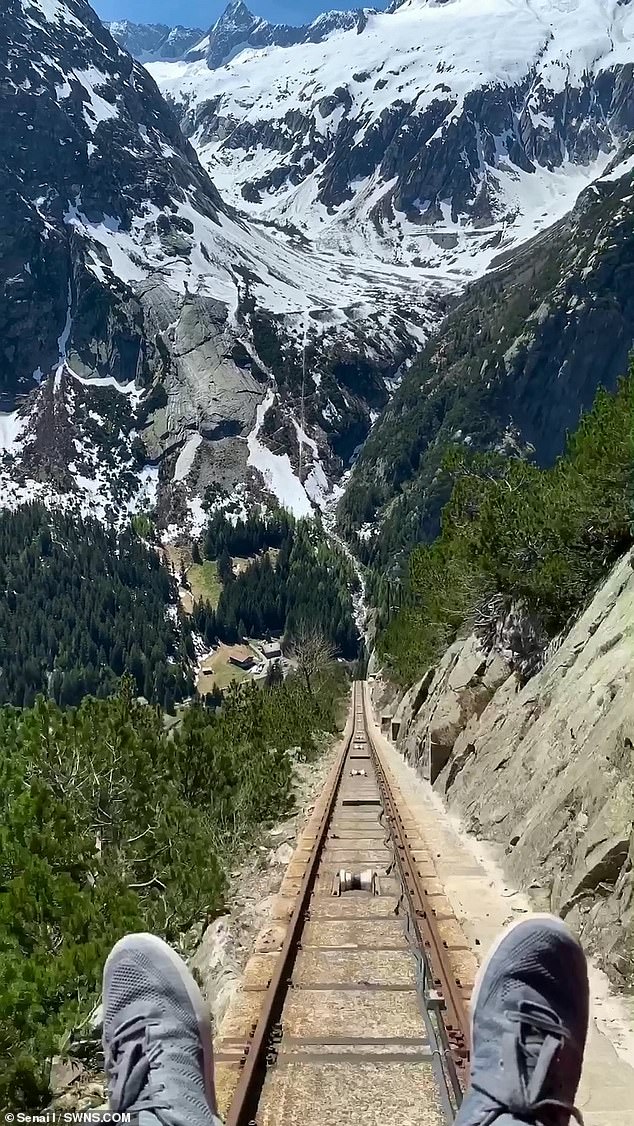 He said: ‘Gelmer Funicular is one of the steepest mountain railways in Europe and had provided employees with access to the many dams and turbine plants on the Grimsel Pass area until 2001, when it was opened for the public.

‘It has become so popular over the last two years. It’s funny how many people on social media visited this place after seeing my video just to film the same footage.

‘The video I made is a hyperlapse and gives it the look of an awesome rollercoaster even if in reality it is very slow.

‘We can enjoy beautiful views all around in the 10-minute long ride and can carry up to 24 passengers!’ 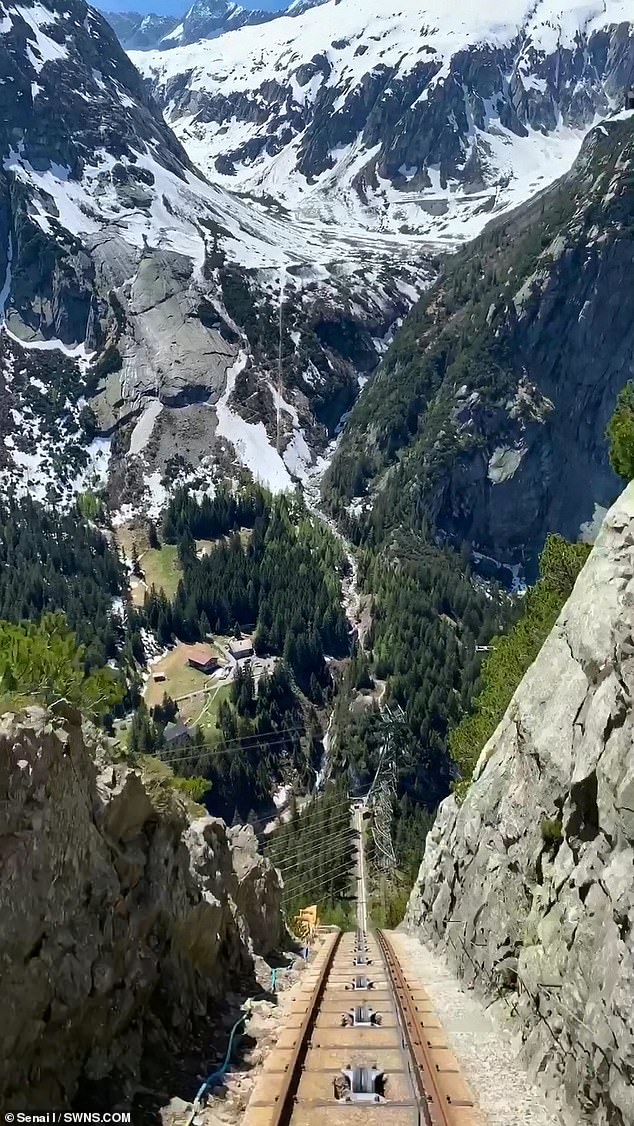