Trump played in a pro-am on Thursday ahead of the LIV Golf season finale at his Trump National Doral course in Miami, playing nine holes with Brooks Koepka and then nine holes with Sergio Garcia.

It marks the second time that Trump has hosted a LIV Tournament this season, following the controversial league’s stop at his Bedminster course in New Jersey.

“I’ve played with him a couple times before he was president, but yeah I’m excited about it,” Garcia said before the round. “It’s always a fun experience.”

Trump has sided with LIV Golf since its inception, which shouldn’t be a surprise given his previous relationships with the PGA Tour, the PGA of America and other traditional golf organizations.

Most recently, the PGA of America pulled the 2022 PGA Championship from his Bedminster course due to Trump’s involvement in the January 6, 2021 insurrection on the U.S. Capitol, among other things.

Trump laid into the Tour on Thursday, and claimed that it was destroying itself by “breaking into their pension fund” to pay for increased prize money at events.

This, Tour commissioner Jay Monahan has said, isn’t true. The Tour is using reserve funds to pay for the elevated purses — one of the tactics it is using to try and combat LIV Golf — not anyone’s pension fund.

“The PGA is being destroyed by the PGA,” Trump said, referring to the PGA Tour, via Golfweek. “They were so stupid and they shouldn’t be stupid. This was a great opportunity for them.

Trump praised Saudi Arabia for doing “a fantastic job” with LIV Golf, and called the league “big time” with “unlimited money,” via Golfweek.

He also claimed that “a lot of other people are coming over” to the league, but didn’t elaborate. It’s unclear why Trump would be involved in that aspect of the league, if he is at all.

LIV Golf is wrapping up its first season this week in Miami amid a complicated legal battle with the PGA. Both leagues have filed lawsuits against each other, and are due in court in 2024. The Department of Justice is looking into the Tour, PGA of America and others over alleged antitrust violations, too.

Bryson DeChambeau is still involved in LIV Golf’s lawsuit against the Tour, and is one of the few players who stayed on. He said the Tour still owes him a $1.75 million bonus, and he’s still a plaintiff in the suit out of principle.

The Tour is hosting an event this week in Bermuda, and has three tournaments left on its calendar before the end of the year. 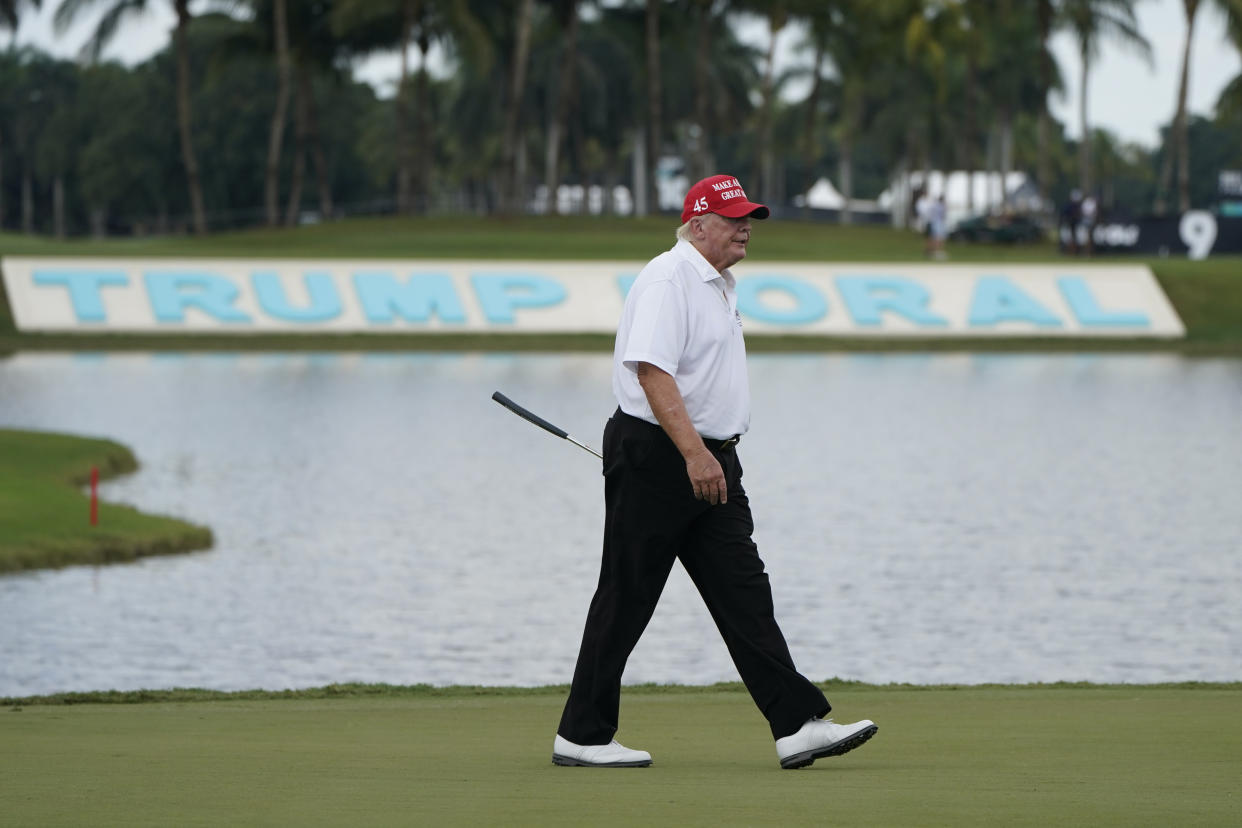