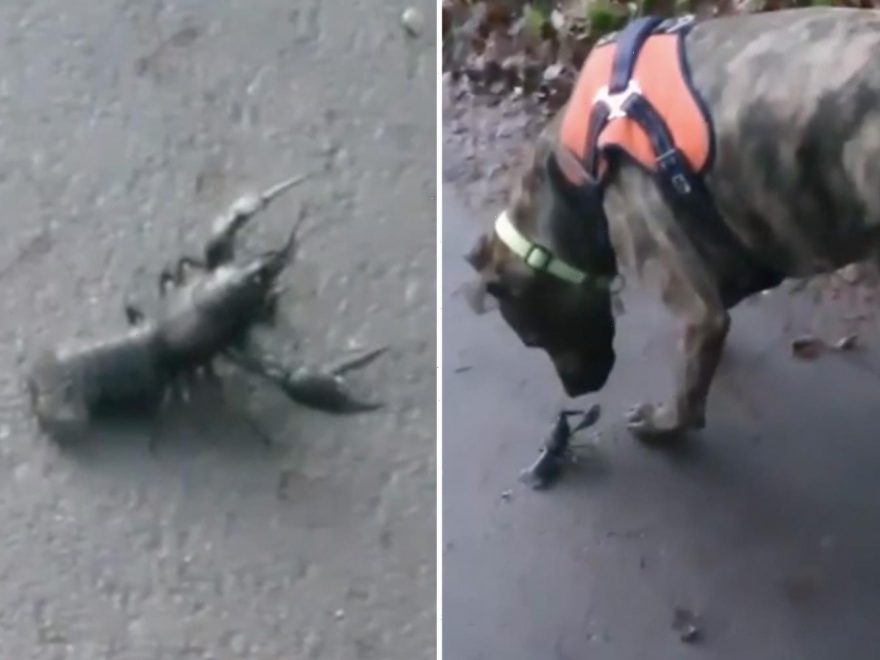 A DOG walker was left terrified after spotting what he thought was a MASSIVE deadly scorpion – before finding out it was a crayfish.

A clip shows the strange-looking creature waving its huge claws at the curious pup while his owner shouts: “Come away from it!” 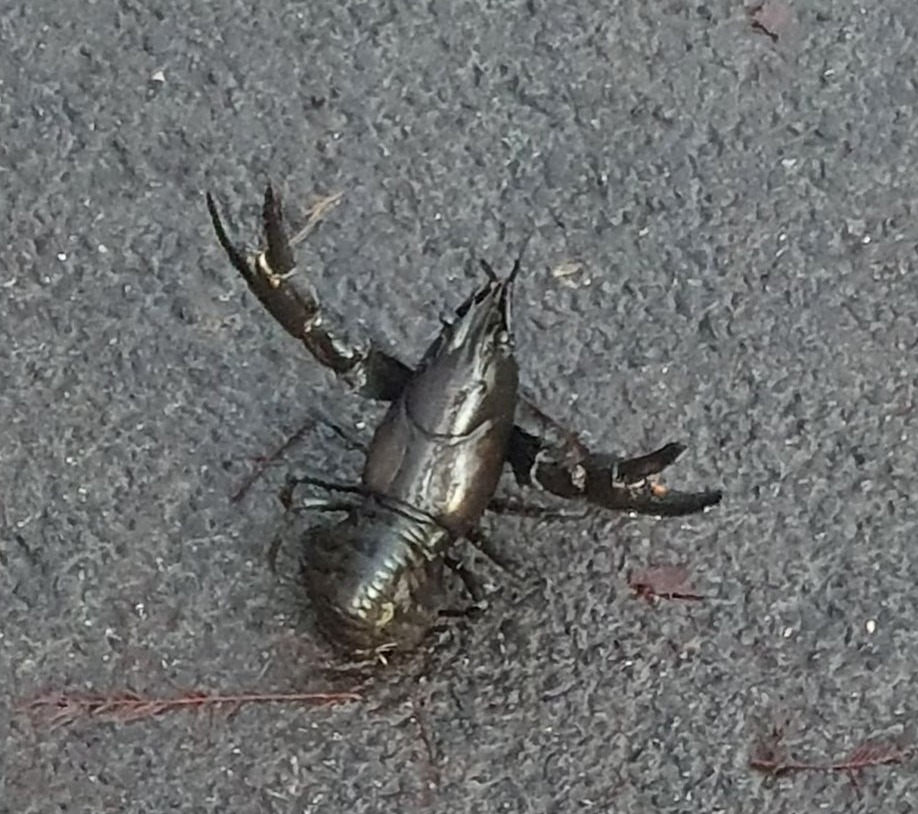 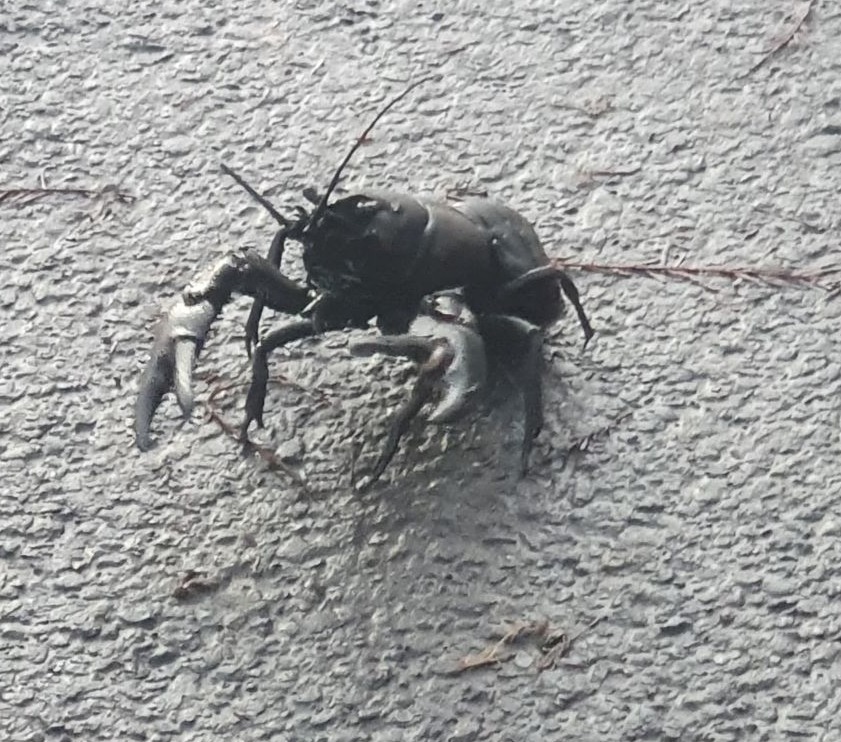 Jamie Wardle, from Stockport, Manchester, posted a picture of the bizarre creature on Facebook – and estimated it was around four to six inches in length.

Locals were initially convinced it was a scorpion until Jamie's pal Leon McCreery pointed out it was a crayfish.

He told the Manchester Evening News that the first time he had seen one he “s*** himself” – and his own dog had tried to herd the creature.

Leon said: “I just saw him trying to herd something. I went over to him and thought it was a scorpion.

"I s*** myself. Then I saw I did not see a stinger tail. I was just watching it and another woman saw it and s*** herself.

"Someone else said it was a crayfish and put it back in the pond."

It is believed that the crayfish spotted by Leon and Jamie are native white-clawed crayfish.

The species is under threat, with the number of white-clawed crayfish declining by 50-80 per cent in the last 10 years.

It is at risk of global extinction and classified as endangered on the IUCN red list of threatened species. 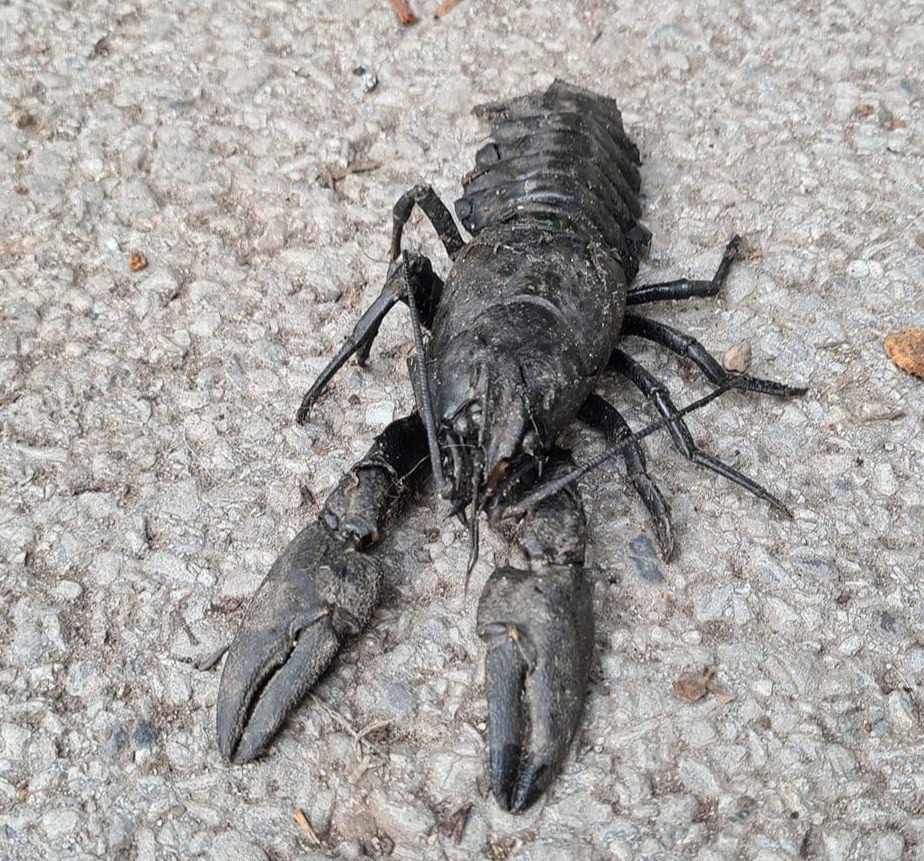