An investigation into the state Liberal Party’s lucrative “Ditch Dan” fundraising event has been delayed until after next month’s state election, potentially denying the public access to critical information on political donations.

More than two months after the state Liberal Party held the slick marketing campaign – which raised well over $500,000 for the Opposition’s election campaign – the Victorian Electoral Commission (VEC) has admitted it will not finalise its investigation before the poll on November 26. 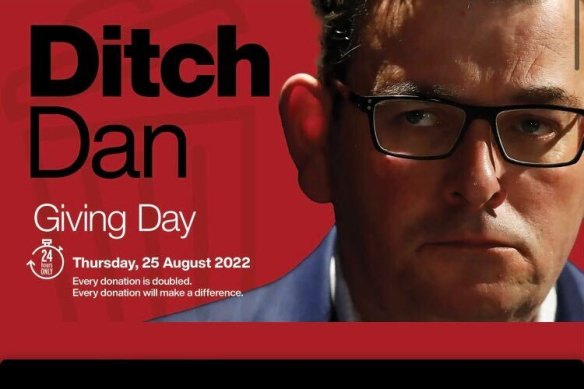 The advertising campaign ran on August 25.

“Based on the investigation to date, the VEC acknowledges that the matter will not be resolved prior to next month’s state election,” it said in a statement.

As reported in The Age last month, the commission launched an inquiry into whether the Liberal Party breached Victoria’s electoral laws by failing to disclose within the mandatory 21 days a number of donations collected as part of the August 25 fundraising push.

Under the state Electoral Act, spruiked by the state government as the toughest in the country, individuals and political parties who make or receive donations of $1080 or more must disclose it to the electoral commission within 21 days.

In addition, donations of $1080 or more cannot be anonymous, and donors cannot donate more than $4320 in any four-year period between elections. 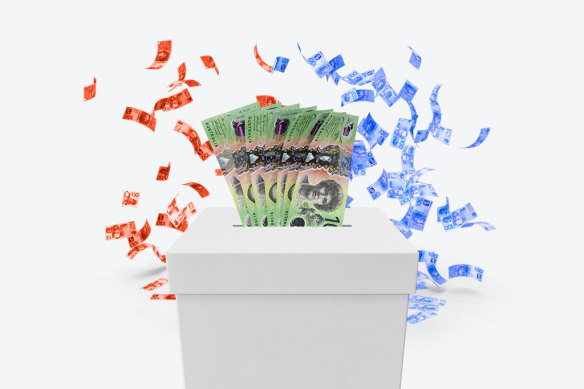 The state government has claimed Victoria has the toughest political donations laws in the nation.Credit:The Age

Knowingly making or accepting an unlawful political donation is an offence carrying a penalty of up to $50,000 and or a two-year prison sentence for each breach. The donation would also be forfeited and any public money the recipient may be entitled to could also be reduced.

The commission was quick to warn event organisers on Twitter after concerns were raised that it expected them to comply with the state’s electoral act.

On Thursday, the commission released a statement acknowledging its investigation “has been underway for some time now”.

In explaining the delay, it said the commission’s compliance officers used legal powers to compel event organisers to hand over information. But the Liberal Party appears to have requested a review of those orders.

“These written notices ordinarily require responses within 14 days,” it said. “However, individuals and entities exercised their lawful right to request reviews of the written notices, which means – even if the notice is affirmed – it may be up to eight weeks before any information is received from the written notice.”

The fundraising event raised about $598,747 – half of which came from donors during the day and half from other donations raised before the event – as part of a marketing promise to match any donations dollar for dollar.

Liberal state director Sam McQuestin last month told The Age the “Ditch Dan” event involved the use of a “third party” entity to collect the donations.

He insisted that delays in the cash raised arriving into the Liberal Party’s campaign coffers meant the 21-day disclosure period began on September 16, about three weeks after the actual event. 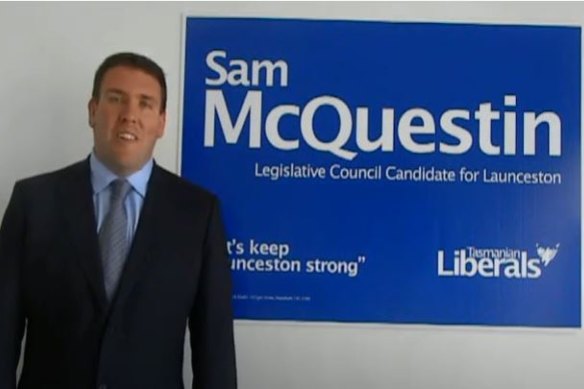 “We will easily have [the donations] in the system within 21 days of that date,” he said at the time.

A month from polling day, the VEC has also not yet released details of a second investigation. In August, Opposition Leader Matthew Guy was ordered to hand over documents to the commission after his chief of staff, Mitch Catlin, resigned following a report by The Age that revealed he sought $100,000 in payments to his private marketing company in addition to his salary in a draft contract that was never signed.

It also comes after The Age revealed the Victorian Liberal Party’s in-house lawyer Chandra Lloyd resigned, among other things, over concerns the party had failed to comply with electoral laws, including in relation to the “Ditch Dan” campaign.

The campaign’s website, ditchdanandrews.com, urged party faithful to stump up to “ensure Matthew Guy and his team have the resources they need to defeat Daniel Andrews and Labor, so Victoria can recover and lead”.

The website includes details of 2295 donations, many of them made anonymously. While most were relatively small amounts, below the disclosure threshold, more than 20 appeared to exceed the $1080 threshold, some of which do not appear to have been disclosed to the VEC.