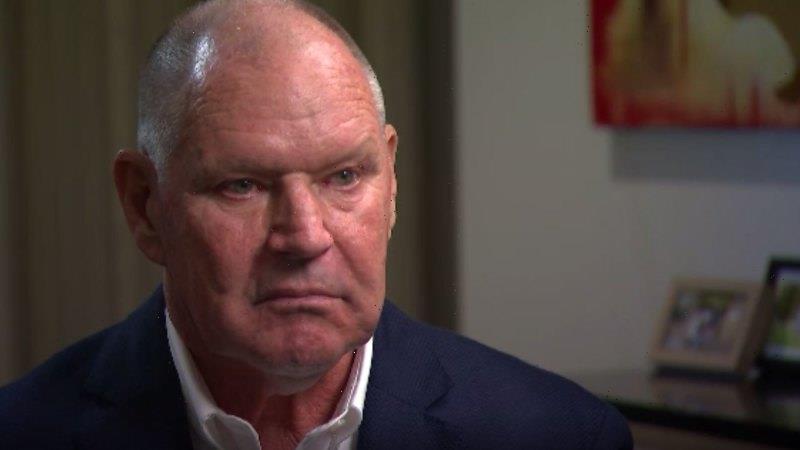 Disgraced former lord mayor Robert Doyle has embarked on a television and radio blitz, tearfully apologising for the hurt and “offence” caused by his actions towards three women during his time in office.

But he declined to address the findings against him. Three separate independent investigations have found he embarked on behaviour that constituted sexual harassment and sexual misconduct. 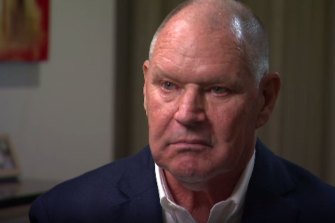 “I’m not going to comment on specific things,” he told Channel Nine’s A Current Affair on Monday night. Nine also owns The Age.

“I’m not going to argue the report or its findings; they are history now. And I am trying, trying to say to the people who I have hurt, I have heard you, I have listened to you. And I’m so sorry.”

Three years after The Age revealed three women had made allegations of sexual misconduct against Mr Doyle, he appeared on Neil Mitchell’s breakfast show on 3AW, and A Current Affair, to offer his apologies to the women. He did not respond to a request for comment from The Age.

In late 2017, The Age revealed two female councillors at Melbourne City Council, Cathy Oke and Tessa Sullivan, had accused the then lord mayor of sexual harassment.

After those initial reports, a third woman, Kharla Williams, came forward to complain about his behaviour at a Melbourne Health awards ceremony held in June 2016.

Mr Doyle stood aside immediately after the initial accusations. He resigned in February 2018, soon after the Melbourne Health allegations were made.

A drawn and tearful Mr Doyle told A Current Affair he was sorry for the offence his actions had caused, but said he had not contacted the women directly to offer his apologies.

“I don’t know that they want to be reminded of me,” he said.

For the past three years, Mr Doyle has declined to participate in the inquiries into his behaviour, citing poor mental health.

The last of those inquiries, led by Charles Scerri, QC, for the Health Department, found Mr Doyle had committed “serious misconduct of a sexual nature” against a woman at a dinner awards ceremony while he was chairman of Melbourne Health.

“The conduct varies in degree of seriousness,” the report said. “Some of the conduct could be described as over-familiar, rude, obnoxious or sleazy. In that category were inappropriate comments that Mr Doyle made about the complainant’s appearance.

“However, some of the conduct was ‘serious misconduct of a sexual nature’ within the scope of [the] investigation. This included touching the complainant’s inner thigh, close to her groin and the complainant’s lower back.”

That report was released six weeks ago.

Mr Doyle, who had previously protested his innocence, stopped short of accepting the findings of the three inquiries – all of which backed his victims’ accounts of sexual harassment and misconduct.

Asked whether he had read the reports, Mr Doyle responded: “I don’t want to answer that.”

He said he did not consider himself a victim, and said actions carried consequences, but spoke of the personal toll the past three years had taken on him.

Mr Doyle said he had lost friends, work and relationships. He had been hospitalised, and had been suicidal.

“I have been hospitalised a number of times for lengthy periods of time to get the help that I need,” he told Nine.

“I don’t shy away from that. I’ve had times where I’ve been very low, and to come back from there. Again, I don’t want to be a victim. I have to understand and I have understood that those things are a result of actions of mine, that have consequences of actions of mine.”

Last year police closed a two-year sexual crimes investigation into Mr Doyle’s behaviour, after concluding there was insufficient likelihood of a criminal conviction. Before Monday, Mr Doyle had never responded to the allegations against him.

Asked why he was choosing to come forward to apologise to the three women now, he said he was only now able to speak publicly.

“Over the last three years, [I’ve done] a lot of thinking and a lot of listening,” he told 3AW. “I look back and I see arrogance, I see self-importance, I see the inability to see how your behaviours are affecting somebody else. Ugly, ugly stuff. And that was me.”

The Age contacted the three women involved, but all declined to speak. Lord mayor Sally Capp was not available for comment.

Our Morning Edition newsletter is a curated guide to the most important and interesting stories, analysis and insights. Get it delivered to your inbox.