The Los Angeles Lakers' loss to the Phoenix Suns on Wednesday had a little extra drama to it thanks to one Patrick Beverley. Or Devin Booker, as Beverley would probably tell you.

The fun began midway through the fourth quarter at the Footprint Center, when Booker hit Lakers guard Austin Reaves with a hard foul in the paint. Reaves immediately went down and Booker walked slowly past him, then Suns center Deandre Ayton approached the fallen player.

Beverley apparently didn't appreciate his teammate's treatment by the Suns, as he then ran across the court and hit Ayton with a hard shove to the back. The end result: a flagrant 1 foul for Booker and an ejection for Beverley.

Booker had some words for Beverley after the game, via TNT's Chris Haynes:

"Pat need to stop pushing people in the back man. Push them in the chest." 👀

Devin Booker speaks on the late game altercation with @ChrisBHaynespic.twitter.com/TMYftYYkX0

Booker's statement on the altercation:

"It was more than it was supposed to be. Pat needs to stop pushing people in the back, man. Push them in the chest. That's all I got to say."

The 34-year-old Beverley is well known as one of the NBA's more antagonistic players, and that reputation doesn't seem likely to change any time soon. He joined the Lakers via trade from the Minnesota Timberwolves by way of the Utah Jazz and finished Wednesday's game with zero points, 10 rebounds and two assists in 29 minutes.

Booker, meanwhile, had 25 points, while Ayton chipped in 14 points and 15 rebounds.

The 115-105 loss snapped a three-game winning streak for the Lakers, their best stretch of the year despite missing LeBron James due to a groin injury. Of course, those victories all came against teams with losing records: the Brooklyn Nets, Detroit Pistons and San Antonio Spurs. 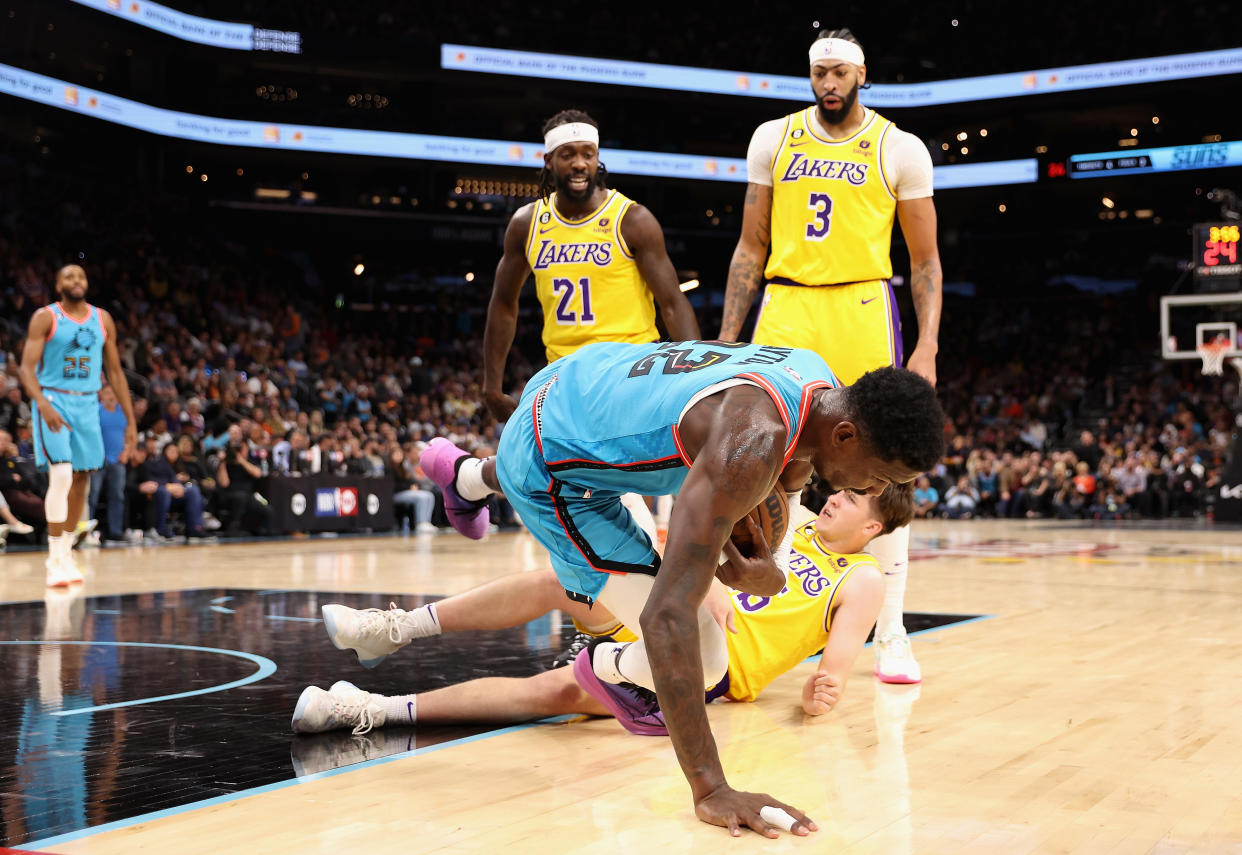