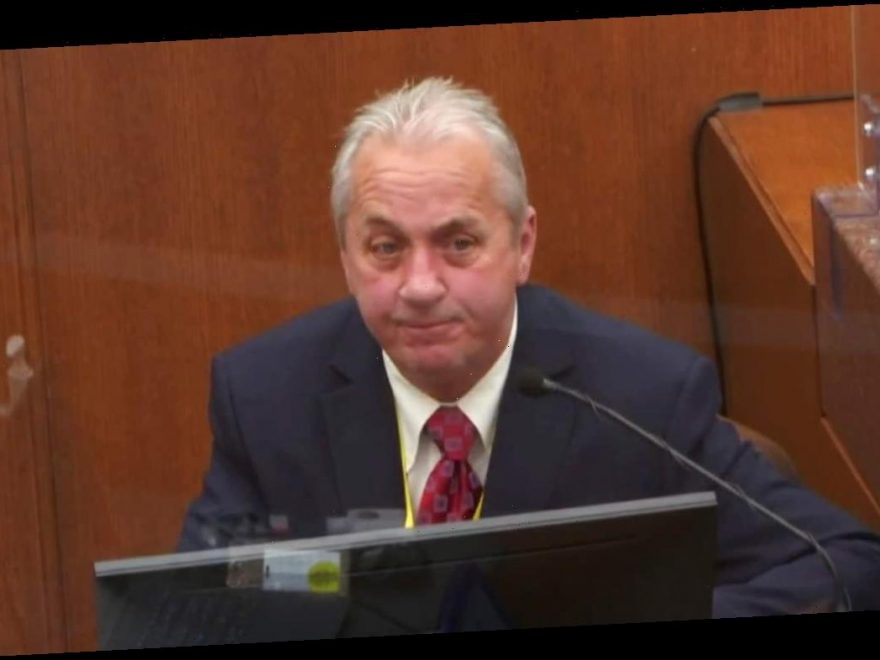 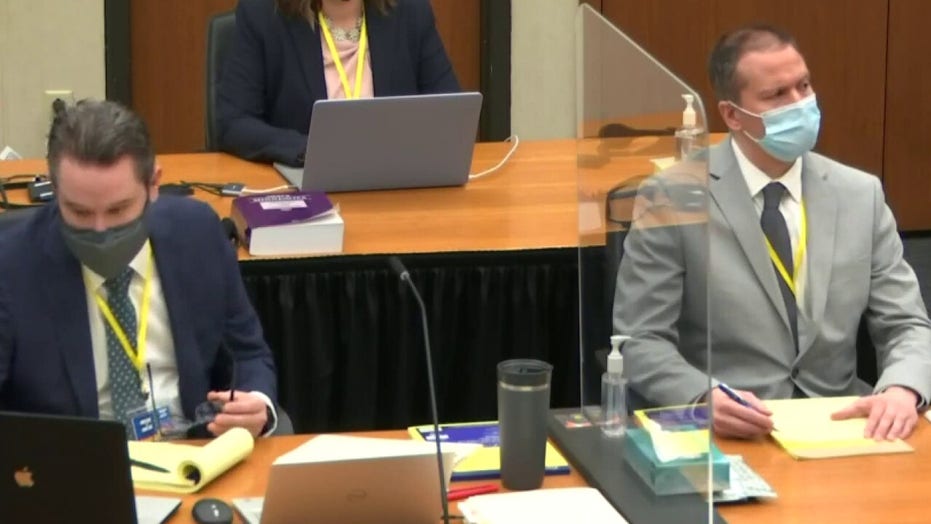 Bream: We have to trust the jurors to make right decision in Derek Chauvin trial

The head of the Minneapolis Police Department’s homicide division testified during Derek Chauvin’s trial on Friday that he had never been trained to kneel on the neck of someone handcuffed behind their back, which he said was classified as being “top tier, deadly force.”

Lt. Richard Zimmerman was called to the stand during the fifth day of Chauvin’s trial in connection with the May 25, 2020, death of George Floyd. Chauvin, a former Minneapolis police officer who faces murder and manslaughter charges, is accused of holding his knee against Floyd’s neck for nine minutes and 29 seconds as he was handcuffed and face-down. Floyd, 46, was accused at the time of trying to use a counterfeit $20 bill at a local store, Cup Foods.

Zimmerman joined the Minneapolis Police Department in June 1985 and said he was the “number one officer” in terms of seniority within the agency. He was the second witness called by the prosecution to testify Friday, taking the stand after Minneapolis Police Sgt. Jon Edwards, who was the overnight supervisor the night Floyd died. 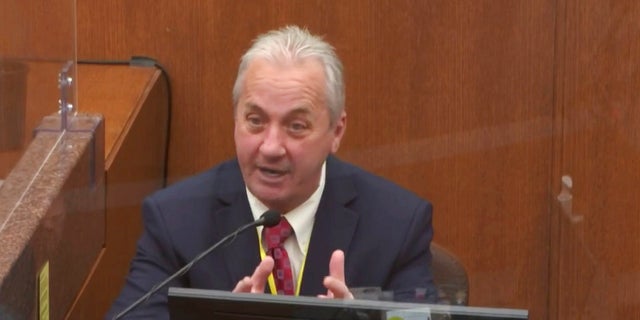 The defense has argued that Chauvin did what he was trained to do when he encountered Floyd last May and that Floyd’s death was caused not by the knee on his neck, as prosecutors contend, but by drugs, his underlying health conditions and adrenaline. An autopsy found fentanyl and methamphetamine in his system.

But on Friday, when prosecutors asked Zimmerman if he has ever — “in all the years” working for the Minneapolis Police Department — been trained to kneel on the neck of someone handcuffed behind their back “in the prone position,” he responded: “No, I haven’t.”

“If that were done, would that be considered force?” prosecutors asked. 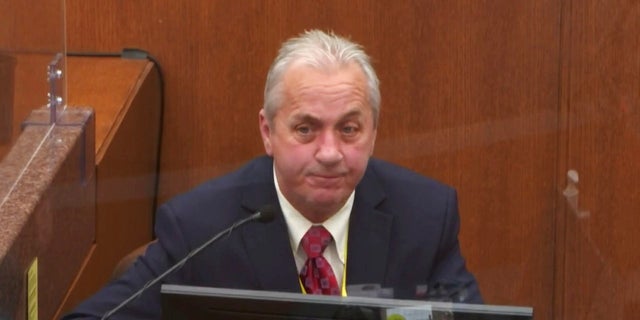 “If your knee is on a person’s neck, that can kill him,” Zimmerman continued, saying he had been trained on restraining people and the use of handcuffs.

He said an officer should “absolutely” reconsider the amount of force used against a person once that individual is handcuffed.

“Once a person is cuffed, the threat level goes down all the way — they’re cuffed, how can they really hurt you?” he explained. He conceded that there were “absolutely” circumstances when a person could still be combative but added that the likelihood of an officer getting injured “is way down.”

The “prone position,” which describes when someone is face-down with their hands cuffed behind their backs, restricts a person’s breathing because “your muscles are pulling back … and if you’re laying on your chest, that’s constricting your breathing even more,” Zimmerman said.

When prosecutors asked Zimmerman his view of the use of force against Floyd, which was seen on police body camera footage shown in court, he called it “totally unnecessary.” 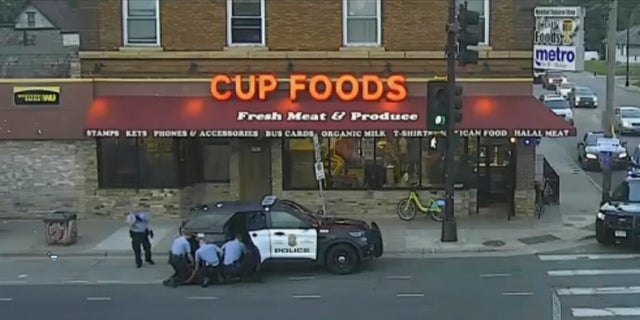 “First of all, holding him down to the ground, face down and putting your knee on a neck for that amount of time is just uncalled for,” Zimmerman said. “I saw no reason why the officers felt they were in danger, if that is what they felt. And that is what they would have to have felt to be able use that kind of force.”

Under cross-examination, Chauvin attorney Eric Nelson questioned Zimmerman about his experiences with use of force and handcuffing for physically fighting with individuals. Zimmerman agreed with Nelson’s statement that it had been “a couple of years” since he was “in a physical fight with a person.”

Nelson appeared to be questioning Zimmerman’s familiarity in dealing with potentially combative suspects.

“And so your experience generally as a use of force or involving the use of force is primarily in this annual what’s called defensive tactics training, right?” Nelson asked. Zimmerman agreed. 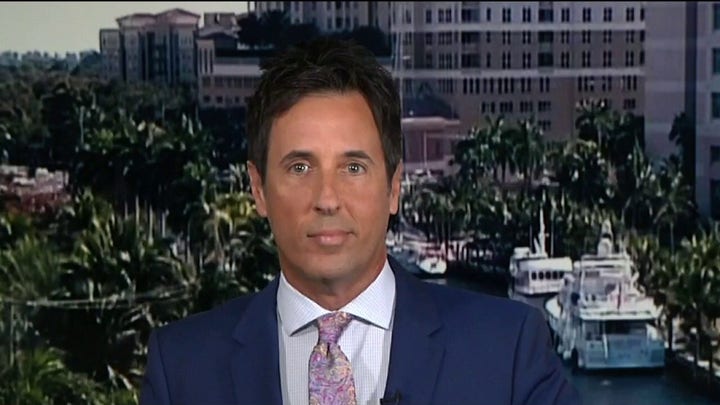 Zimmerman said he renews his mandated training, which includes this defense tactics training, every year.

Nelson asked Zimmerman further about use of force, pointing out that officers must consider the entire situation when deciding about whether to use force — including what is happening with a suspect, whether the suspect is under the influence and other surrounding hazards, such as a crowd.

Zimmerman agreed that, generally speaking, when an officer is in a fight for their life, they are allowed “to use whatever force is reasonable and necessary.”

Nelson also questioned if handcuffs can be placed improperly and if “they can pop open or be too big for a suspect.”

“I don’t know if I’ve ever seen too big,” Zimmerman said.  He agreed that officers have, at times, been attacked with their own cuffs while the restraints were being placed. 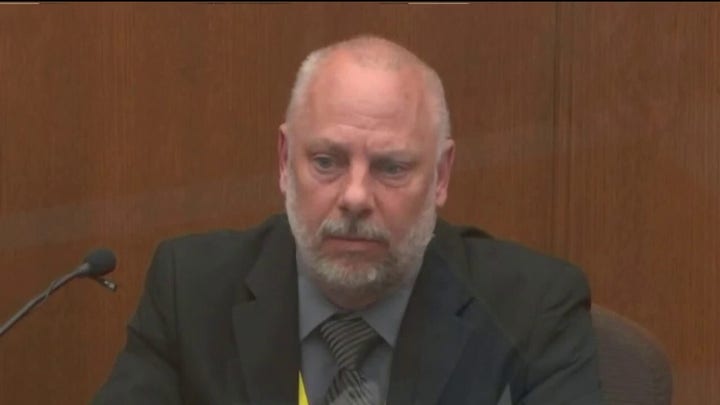 Zimmerman’s testimony came a day after a Minneapolis police supervisory sergeant who was on duty the night Floyd died testified that he believes the officers restrained him for too long.

David Pleoger testified Thursday that officers are trained to roll people on their side to help with their breathing after they have been restrained in the prone position. He said the officers could have ended their restraint of Floyd after he stopped resisting.

Also on Thursday, two paramedics who arrived on the scene that day said they saw no signs that Floyd was breathing or moving. One of them, Derek Smith, testified that he checked for a pulse and couldn’t detect one: “In layman’s terms? I thought he was dead.”

Fox News’ Greg Norman contributed to this report, as well as The Associated Press.