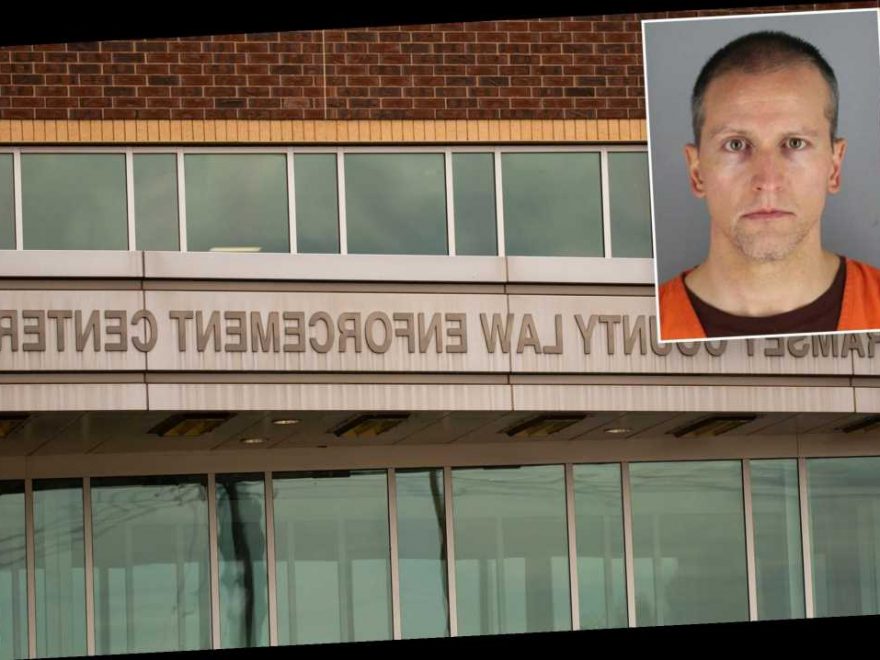 George Floyd’s accused killer Derek Chauvin was guarded by only white corrections officers and given special treatment while behind bars, a new lawsuit charges.

Eight minority corrections officers filed suit claiming a “segregation order” forbade them from guarding or interacting with Chauvin following his May 29 arrest on murder and manslaughter charges, the Minneapolis Star Tribune reported.

The complaint accuses Steve Lydon, the superintendent of Ramsey County Adult Detention Center, where Chauvin was being held, of refusing to allow the eight guards “to complete their professional responsibilities because of their race and the color of their skin.”

On May 29, Lydon allegedly told a lieutenant “let’s not have officers of color working with [Chauvin] on the 5th floor,” the court papers said.

He explained to one of the plaintiffs that the move was to “protect them because if something happened to Chauvin, the officers of color would be blamed,” according to the suit.

The plaintiffs identify as black, Hispanic and Pacific-Islander.

Two of them claimed to have witnessed surveillance footage of a white lieutenant getting “special access” to Chauvin in his cell on May 30, when she comforted him and allegedly let him use her cell phone.

That lieutenant isn’t named in the suit but she has been identified in the past in correspondence between lawyers and the Sheriff’s Office as Lt. Lugene Werner — who is related to Chauvin’s sister by marriage, the Star Tribune reported.

Werner told the outlet that the allegations were “unfounded” but declined to answer questions about her relationship with Chauvin and his family.

Lucas Kaster, the attorney for the plaintiffs, said Werner’s link to Chauvin was previously unknown.

Last summer, Lydon said he took action to “protect and support” minority officers upon Chauvin’s arrival at the lockup.

“Out of care and concern, and without the comfort of time, I made a decision to limit exposure to employees of color to a murder suspect who could potentially aggravate those feelings,” Lydon said in a statement obtained by the Star Tribune.

But the plaintiffs claim that sentiment was never communicated to them, leaving them feeling “deeply humiliated, distressed and negatively impacted by the segregation order,” the suit said.

A spokesman for Ramsey County — the lone defendant in the suit — didn’t immediately return a message. Neither did a rep for the Ramsey County Sheriff’s Office, which oversees the jail.

Chauvin was released on $1 million bond in October. Floyd died after being pinned under Chauvin’s knee for nearly eight minutes on May 25, despite gasping, “I can’t breathe.”