DOMINIC Raab and Angela Rayner locked horns during a heated PMQs today as they filled in for their bosses in the battle of the deputies.

Despite his brutal demotion last week the Justice Secretary was trusted to step in for Boris Johnson who's attending the UN in New York.

In his honorary role of Deputy PM he was pitted against Labour's fiery second-in-command after Sir Keir Starmer also handed down the baton.

Mr Raab struggled to bounce back from last week's bruising reshuffle as he was reminded of his luxury holiday to Crete while the Taliban advanced.

Ms Rayner raged: "Can he tell us how many days, a worker on the minimum wage would have to work this year in order to afford a night, in a luxury hotel, in say Crete?"

She later claimed it would take 50 days for a minimum wage worker to book a room at the five-star Amirandes hotel.

Defiant Mr Raab hit back: "Whenever Labour has gone into government the economy has nosedived and taxes go through the roof."

Embattled Mr Raab was slammed for going on holiday while the Taliban seized Kabul and bore the brunt of the blame for the bungled evacuation.

He insisted he hadn't been relaxing on the Greek Isle but working round the clock to rescue stranded Brits – famously declaring he couldn't have been paddle boarding as "the sea was closed".

Mr Rayner today joked that the cost of a luxury Crete holiday would be even more pricey if "the sea was open.

The Labour deputy also haunted the top Tory with his historic comments taking aim at Brits for being "among the worst idlers in the world".

Mr Raab kicked up a huge fuss when Mr Johnson tried to shunt him from Foreign to Justice Sec and had to be sweetened with the title of Deputy PM. 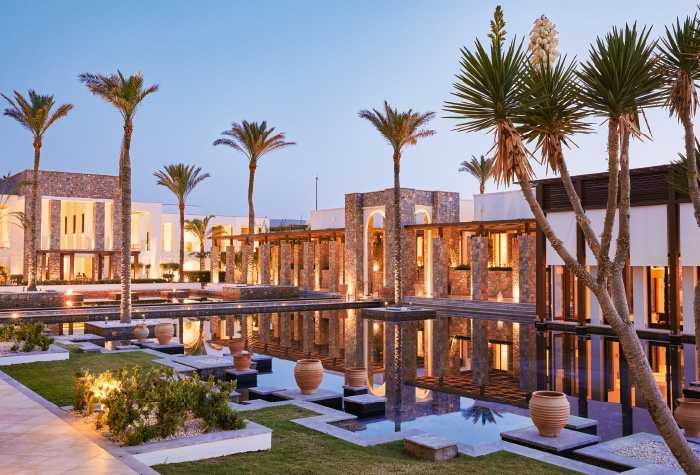