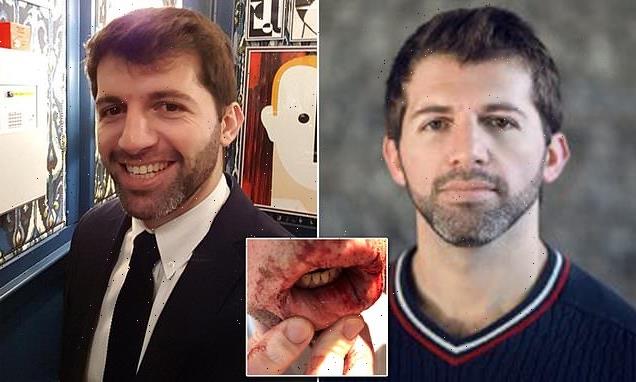 A top London restaurant manager who became a Deliveroo driver during the Covid lockdown is now facing jail after he gave a customer a ‘pasting’ in a row over a Chinese takeaway.

Panteli Kola, 34, repeatedly punched the father’s face outside of his front door in Wandsworth, London, as his three-month-old baby slept just metres away, a court heard.

Kola started working as a Deliveroo driver in September last year after hospitality work dried during the pandemic.

He previously worked in senior management roles at several top London hospitality venues, including at one of Gordon Ramsay’s restaurants, The Ivy, Soho House and Annabel’s.

Wimbledon Magistrates Court heard how he was reluctant to hand over a meal from Asian Kitchen following a dispute over the customer’s name. 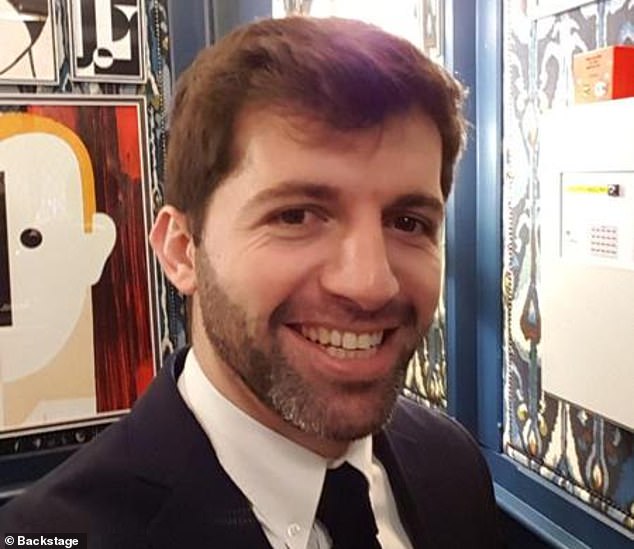 Panteli Kola, 34, repeatedly punched a new father’s face outside of his front door as his three-month-old baby slept just metres away in Wandsworth, south west London

The victim, 34, waited for father-of-two Kola at the door of the home so as not to disturb his baby.

Kola claimed the victim, who ordered the takeaway on his girlfriend’s Deliveroo account, gave an incorrect name three times.

The victim told the court he and the driver began arguing, resulting in him telling Kola if he would not hand over the food he would request a refund.

Kola, of Croydon, south London, claims during the victim called him a ‘retard’ and swore at him several times while criticising how he was doing his job — which the victim denied.

The victim told the court: ‘I didn’t know why he was so angry and why he was shouting when I had a young child and mother near me at the time.’ 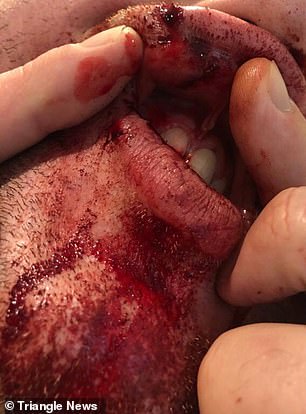 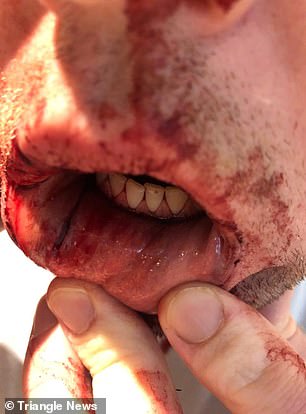 The victim said Kola ‘walked up to me and just started punching me in the face’. Pictured: The victim’s wounds after the attack

Kola returned to his moped where he called the victim’s partner who explained the food was for the both of them and it was fine to hand it over.

The court heard Kola returned to the front door before allegedly telling the victim: ‘There’s no need to call me a retard you f*****g t**t,’ before dropping the food on the floor in front of his doorstep.

The victim explained how he then approached Kola, who was getting on his bike at the time, to ‘remonstrate’ with him about his behavior at the doorstep.

He also wanted to capture some of the delivery driver’s behavior on video.

Kola claimed the victim approached him and swung for him in an aggressive manner, which the victim denied. 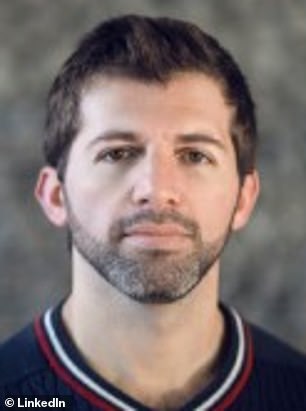 The victim said Kola ‘walked up to me and just started punching me in the face,’ adding that he shouted: ‘What the hell are you doing.’

Fearing ‘horror stories’ he had read about being punched in the head, the victim told the court he then attempted to restrain Kola who at this point had pummeled him with ‘at least half a dozen’ blows.

The victim said he could ‘feel the blood spewing straight away’ after the first few punches.

The court heard from both parties how they grappled for a few minutes before the victim’s partner came out of the house after hearing the noise of the attack and begged Kola to stop.

The victim claimed Kola proceeded to punch him ‘three or four’ more times in the face before relenting.

He told the court how he ‘did not throw a single punch’ throughout the entire incident, which Kola denies.

The couple claimed they told Kola they were calling the police before he sped off, returning briefly to retrieve his phone that was dropped during the incident.

Kola claimed he also sustained a bloody nose and a black eye and that his bike helmet was ‘filled with blood.’

The victim described the attack as ‘horrific,’ adding he and his partner felt particularly vulnerable as the incident took place outside their home while their baby slept.

The victim has been left with scars on his inner and outer lips following the attack. 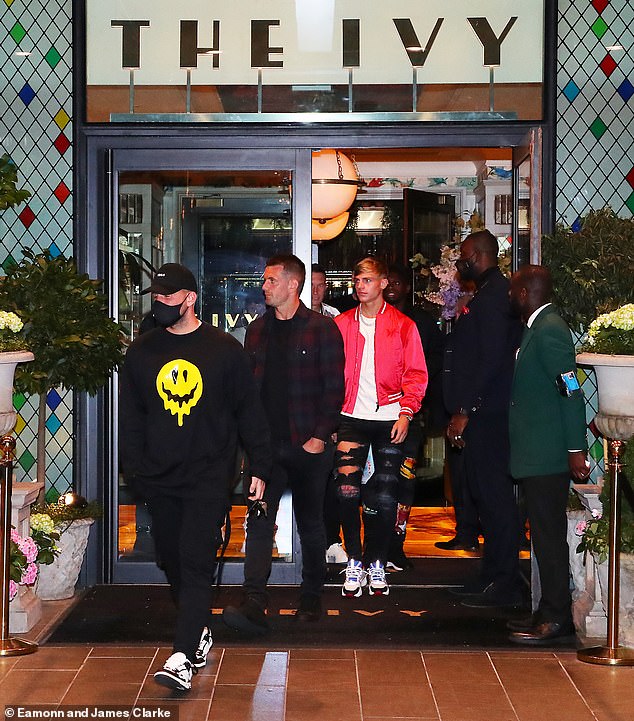 He previously worked at a handful of top London hospitality venues in senior management roles, including at The Ivy, Soho House and Annabel’s

‘The victim has taken a pasting, he looks like someone who has spent 15 rounds in a ring.

‘Even if his manner was aggressive, it came nowhere near that level of violence.’

Judge Turner added that while he was ‘persuaded’ Kola did genuinely believe the victim had referred to him using derogatory terms, the attacker’s force ‘was not defensive, but aggressive.’

He added: ‘The violence that Mr Kola used was not in self defence but it was done with aggression and intent.’

Speaking directly to the defendant he warned him: ‘You are most definitely at risk of a custodial sentence.’

Panteli Kola will be sentenced later this month, facing a maximum of six months in prison or an unlimited fine after being found guilty of assault.

He lost his job with Deliveroo as a result of the incident.