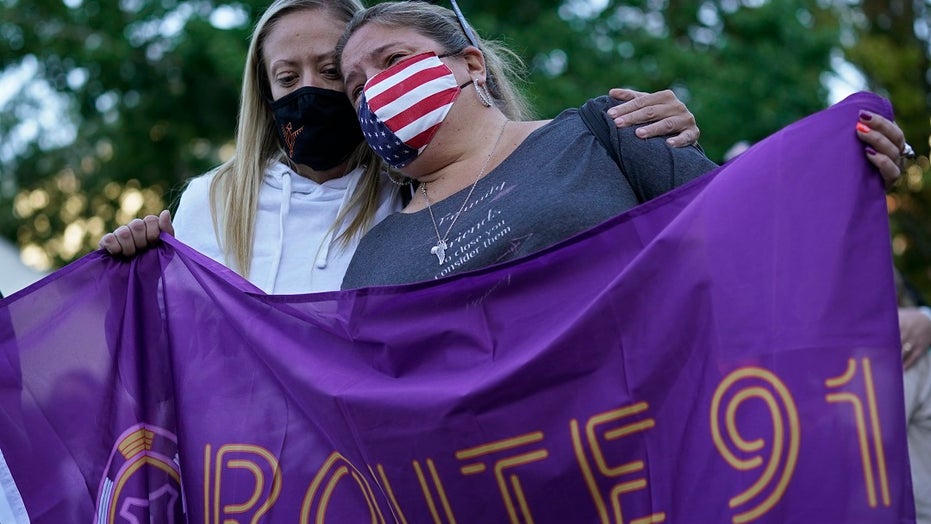 Las Vegas officials on Thursday updated the death toll from a 2017 massacre at a country music festival from 58 to 60 during a remembrance ceremony on the third anniversary of what was the deadliest mass shooting in modern U.S. history.

Clark County Sheriff Joe Lombardo made the announcement at the conclusion of the 1 October Sunrise Remembrance ceremony, the Las Vegas Review-Journal reported.

He acknowledged his department's failure to recognize two women who died last year as a result of injuries they suffered during the shooting that unfolded Oct. 1, 2017 during the open-air Route 91 Harvest music festival near the Mandalay Bay resort on the Las Vegas Strip. 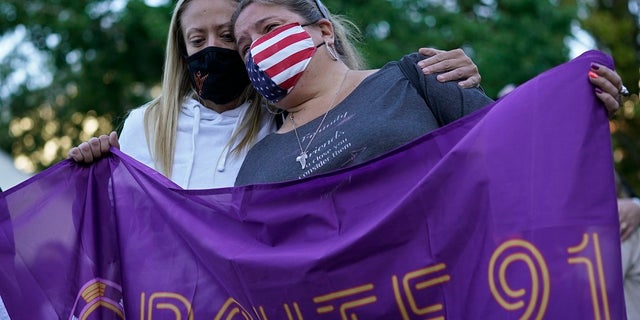 Sarah Lamers, left, comforts Jill Winters during a ceremony Thursday on the anniversary of the mass shooting three years earlier in Las Vegas. The ceremony was held for survivors and victim’s families of the deadliest mass shooting in modern U.S. history. Officials updated the death toll from 58 to 60 after two women died within the last year from injures sustained during the shooting. (AP Photo/John Locher)

“I think it’s important that we recognize those individuals today, and to bring the number of 58 to 60,” he told the crowd. “And that will be the number moving forward as of today.”

Kimberly Gervais of Mira Loma, Calif., died on Nov. 15 of last year and Samanta Arjune of Las Vegas, died May 26, the newspaper reported.

“Now I don’t have this weird feeling of being in limbo, wondering where my family fits in all of this,” Amber Manka, Gervais’ older daughter, told the Review-Journal on Thursday.

In addition to the 60 who initially died, hundreds were injured when a gunman opened fire at the crowd from the 32nd window of the Mandalay Bay hotel. A motive was never determined.

Lombardo told the paper he was waiting for a coroner ruling before addressing the death toll.

“It isn’t like we’re trying to avoid the names,” he said, "At this point, I think I’m comfortable in acknowledging that the other two individuals lost their lives as a result of 1 October.”