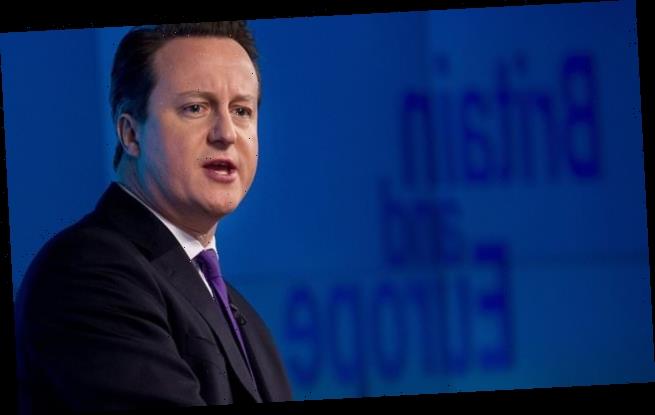 The former prime minister allegedly intervened on behalf of Greensill Capital, a company he became an adviser of back in 2018.

The Financial Times said the lobbying took place last year as the Government implemented various financial support initiatives for businesses struggling as a result of the coronavirus pandemic.

Mr Cameron is said to have wanted Greensill to be given a bigger roll in the programmes. The firm later collapsed, filing for administration earlier this month.

The claims will inevitably reignite scrutiny of the so-called ‘revolving door’ between Whitehall and the private sector.

Labour has called for a formal investigation into the lobbying claims, with Anneliese Dodds, the shadow chancellor, claiming they ‘raise extremely serious questions’. 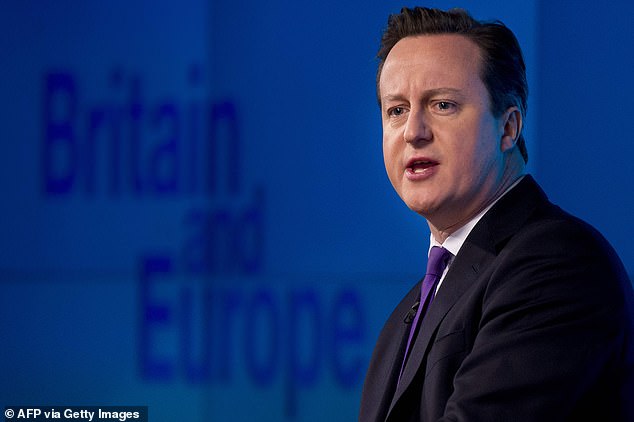 But the newspaper said industry and Whitehall sources had revealed that Mr Cameron had also personally intervened.

The Treasury was said to have been reluctant to include the firm in the Covid Corporate Financing Facility scheme run by the Bank of England.

Mr Cameron reportedly contacted the Treasury and Number 10 via personal email and at least one phone call.

Chancellor Rishi Sunak is claimed to have asked Treasury officials to look again at including the firm.

The firm was ultimately not included while another request to be allowed to offer bigger loans under the Coronavirus Large Business Interruption Loan Scheme was also turned down.

The FT said Mr Cameron and his spokesman did not respond to a request for comment. MailOnline has contacted the former PM’s spokesman seeking comment.

A Treasury spokesman told the newspaper: ‘The meetings in question were primarily about broadening the scope of CCFF to enable access for providers of supply-chain finance, which — following a call for evidence and discussions with several other firms within the sector — we decided against and informed the businesses concerned.’

Ms Dodds said: ‘These revelations raise extremely serious questions about the Chancellor’s priorities in the middle of a pandemic. The Government must leave no stone unturned with a full and thorough investigation into this.

‘Taxpayers and businesses deserve answers about why it appears Greensill was given so much access to the Treasury at a time when the Chancellor was refusing to engage with groups representing the millions of people he excluded from wage support. The Chancellor must urgently set the record straight.’