The daughter of a woman who was sexually assaulted and strangled to death by her boyfriend has told him ‘I hope you are haunted’ as he was jailed for 26 years today.

Andrew Grimes choked Sophie Cartledge to death in her own bed at her home in Scunthorpe while her two children slept on June 17 last year.

The former soldier had been walking around drunk before going back to her home in Baldwin Avenue, Bottesford, and subjecting her to a ‘sadistic’ attack.

The 39-year-old nursery worker’s body was tragically found by her daughter the next morning.

Grimes, who is 38, admitted murdering his girlfriend and two offences of assault by penetration.

Jailing him for life with a minimum term of 27 years at Hull Crown Court today, Judge John Thackray QC said he was sure Grimes has ‘intended to kill’ her. 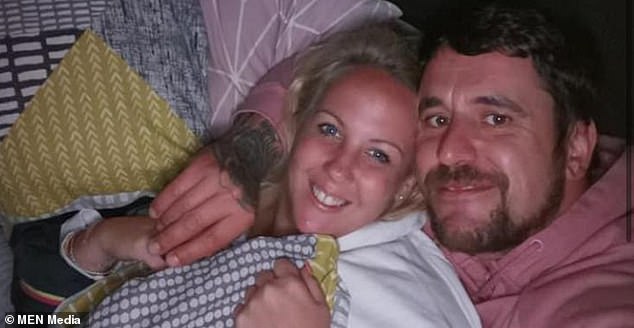 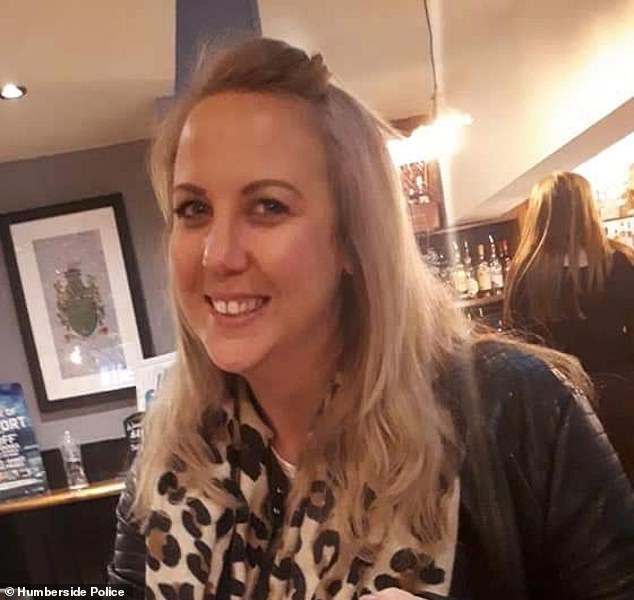 The body of Ms Cartledge (pictured), who was a nursery worker, was tragically found by her daughter the morning after

Judge Thackray said Ms Cartledge had been killed in ‘devastating, tragic and wholly brutal circumstances’ and he had subjected her to a ‘violent, brutal and sadistic sexual assault’, Grimsby Live reports.

In a statement read out in court, the teenage daughter told Grimes: ‘I hope you are haunted by it. We thought you loved my mum.’

She said her mother’s last hours alive had been spent ‘with the very worst of humanity’.

She added: ‘My mum is gone and I am broken. She was my best friend. The feeling of loss is so great, it is visceral. With the sorrow comes waves of panic of never being able to see her again.

‘My mum died in horrendous circumstances. I’m tormented at what she endured. It’s torture to think about it. 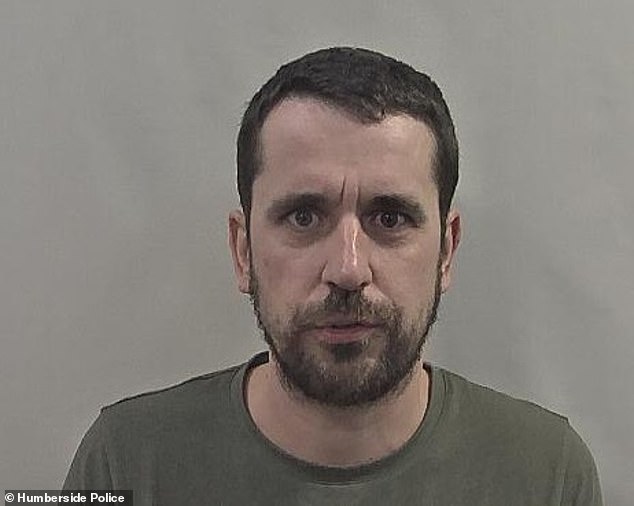 Former soldier Andrew Grimes, pictured here in a police mugshot, has been jailed for a minimum of 27 years

‘At the time of my mum’s death, both my brother and I were home sleeping. My mum was dying and I was in the other room.

‘I believe that night that neither [my brother] nor I heard anything for a reason. I believe my mum kept quiet to save the lives of her children.’

Sophie’s family paid tribute to her and described her as ‘clever’, ‘funny’ and ‘caring’ and said that her future was ‘stolen’ in her own home. The court was told that Grimes had spent up to 10 years in the Army, and suffered problems with his mental health.

Christopher Tehrani QC, mitigating, said: ‘He has come to terms a long time ago with what he did.’ Grimes knew there were no words to express ‘how sorry he is for the pain and sorrow he has caused to them, individually and collectively’.

After the hearing, the family of Sophie declined to comment.

Grimes, who appeared in the dock wearing a grey T-shirt, showed no emotion as he was walked out of the dock into the cells.

In addition to the 27 year sentence for murder, Grimes was given concurrent eight-year sentences and ordered to sign as a sex offender for the sexual assaults.

With 375 days already spent in custody, he will be eligible for release in just under 26 years, with his departure from prison needing to be approved by the Parole Board. 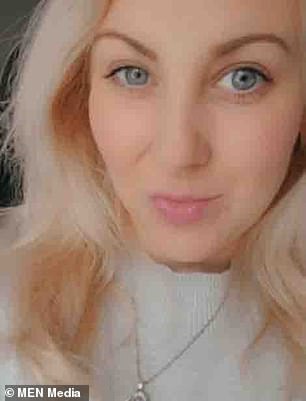 Detective Inspector Grant Taylor, of Humberside Police, said: ‘This is a dreadful case where a woman lost her life at the hands of a man who she trusted and loved.

‘Andrew Grimes is a dangerous offender who used extreme violence and brute force and meted out a brutal attack that left Sophie with significant injuries which led to her death. I am reassured that he is now behind bars and unable to harm anyone else.

‘I want to thank Sophie’s family for their bravery and unstinting support of our investigation.

‘I also want to praise them for their fortitude in dealing with a situation which no family should ever have to cope with. Our thoughts remain with Sophie’s family and loved ones as they begin to build their lives without her.

‘I would like to provide reassurance to anyone who may have suffered from any form of domestic abuse, be it coercive control or physical or mental abuse, that we will listen to and support you.

‘Sophie died tragically, leaving her young family to face life without her. I only hope that anyone else reading this who may be suffering from domestic abuse has the courage to come forward and let us help them.’