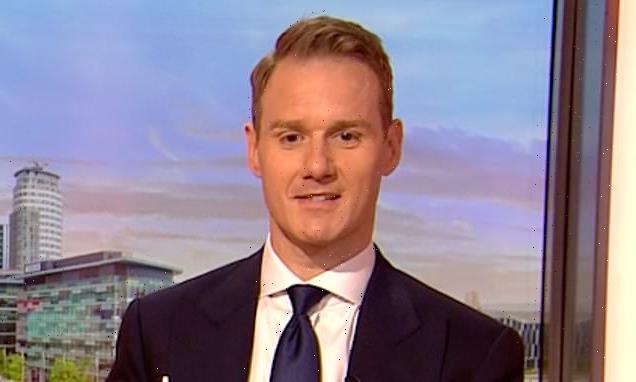 Nice job… if you can get it! Dan Walker’s replacement for three-day-a-week BBC Breakfast gig will earn less than half his £295,000 salary

Dan Walker’s replacement on the BBC’s flagship morning show will earn less than half of his salary. 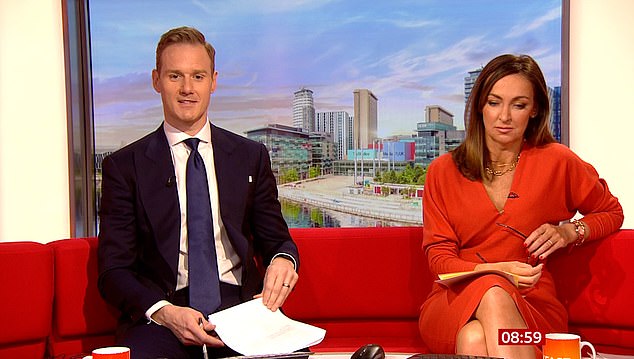 Dan Walker is the latest on-air star to ditch the BBC as he announced he was joining Channel 5 News. He is pictured on BBC Breakfast

While Walker’s overall pay packet would have included a few months’ work on Football Focus before he stood down, the new anchor will also take home less than Stayt, who earned £190,000 in the year 2020/21.

Meanwhile, Ms Munchetty has a salary of £255,000, although that does include her pay for her Radio 5 Live show.

The permanent contract is for 26.5 hours per week and, while BBC sources say that it is policy to advertise jobs, eyebrows have been raised among staff that the post has still to be filled. It is Walker’s last day on Tuesday and a replacement is yet to be found.

The former sports presenter announced last month that he was quitting the BBC after six years at the helm of Breakfast.

He is to join Channel 5 later this spring where he will present the news as well as front other television projects.

Walker, 45, will reportedly earn significantly more money than he was earning at the Corporation.

Speaking of his departure, he said: ‘I love the team at BBC Breakfast.

‘These six years I’ve had on this sofa have been the best six years of my career by some distance.

‘But I think sometimes opportunities come by and you have to grab them, don’t you?

‘I’ve never ever been motivated by money in any job that I’ve ever taken and, even though I love BBC Breakfast and everybody that works on the show, it’s a fantastic opportunity to work with a brilliant team at Channel 5 and also, to go and make some other programmes outside of here.’