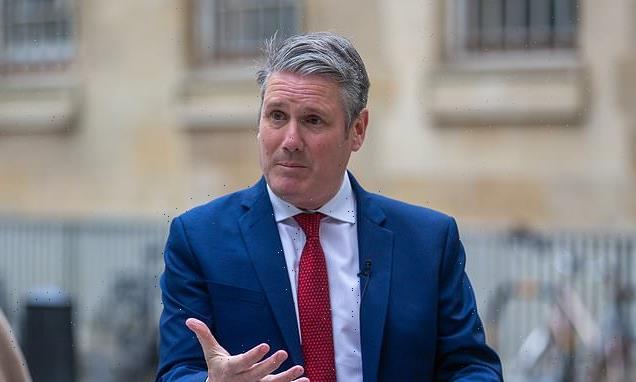 It was hardly the most difficult question to answer. Sir Keir Starmer hadn’t been asked to explain the theory of relativity, quantum mechanics or, dare we say it, even what a woman is – one we know he struggles with.

BBC Radio had simply invited him to reveal whether Durham Constabulary had contacted his office over Beergate. Yes or no?

Instead of candour, Labour’s leader squirmed like a speared eel.

Ten times he refused to set the record straight about the police. He pretended accusations of lockdown breaches were just Tory mud-throwing. 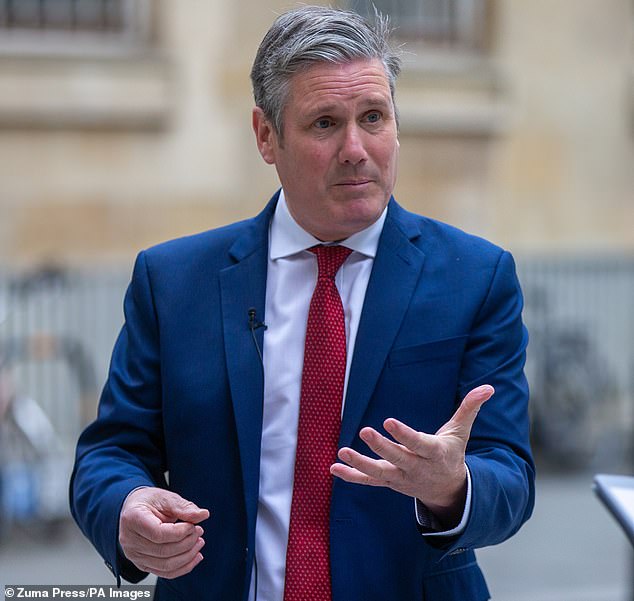 Each time he repeated his stock ‘nothing-to-see-here’ response, he looked guiltier and guiltier.

But when will he tell the truth about the Durham beer and curry event he enjoyed with Labour campaigners which possibly broke Covid restrictions?

Thanks to the Mail, the public now knows Sir Keir, from his supposed moral high ground, has been dissembling furiously.

His office initially denied deputy leader Angela Rayner was at the bash. That was a lie. He said he ordered takeaway because food wasn’t available at his hotel. That was a lie too.

How many people were there? What work did they do once they’d drained their beer after 10pm? He won’t say.

Sir Keir insists there is ‘no comparison’ to Mr Johnson’s fine for receiving a birthday cake between meetings. The evidence suggests otherwise.

As things stand, the PM is being held to a far harsher legal standard. Of course, we understand Sir Keir’s evasion.

Being caught red-handed is not a good look for a QC, the Leader of the Opposition or an aspirant prime minister. But this scandal won’t go away.

He demanded the strictest interpretation of the rules for Mr Johnson.  Now the boot is on the other foot, treating him any differently would be brass-necked hypocrisy 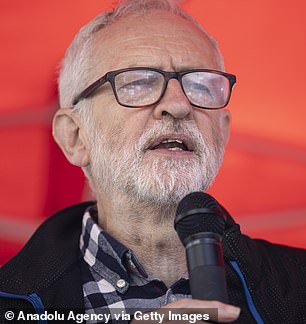 Sir Keir would love voters to forget he fought tooth and nail to get Jeremy Corbyn’s Marxists into No10.

But while latterly painting himself as a moderate, his mask slipped yesterday, revealing the ugly face of socialism.

If he wins power, he will launch a crude tax raid on the middle class. Stocks, shares and dividends are in his crosshairs.

This would hammer pensioners, small businesses, savers and the self-employed, as well as wealth creators who would simply take their talents – and taxes – elsewhere.

Until Sir Keir understands this basic economic reality, he should not be allowed anywhere near the nation’s finances.

How low can BBC go? 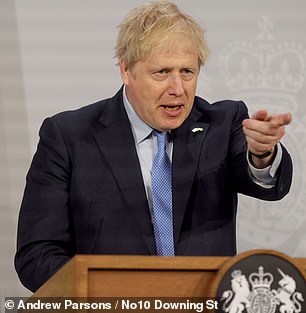 Despite Remain fanatics claiming post-Brexit Britain would turn its back on Europe, we have been at the vanguard of sending lethal military aid to Ukraine.

Praiseworthy? Not to the Boris-hating BBC, which seized on claims by a little-known Lib Dem that this was nothing more than a cynical pre-election ploy.

Putin is bombing Ukraine to smithereens. Do they suggest the PM should have delayed the vital shipment until polls close?