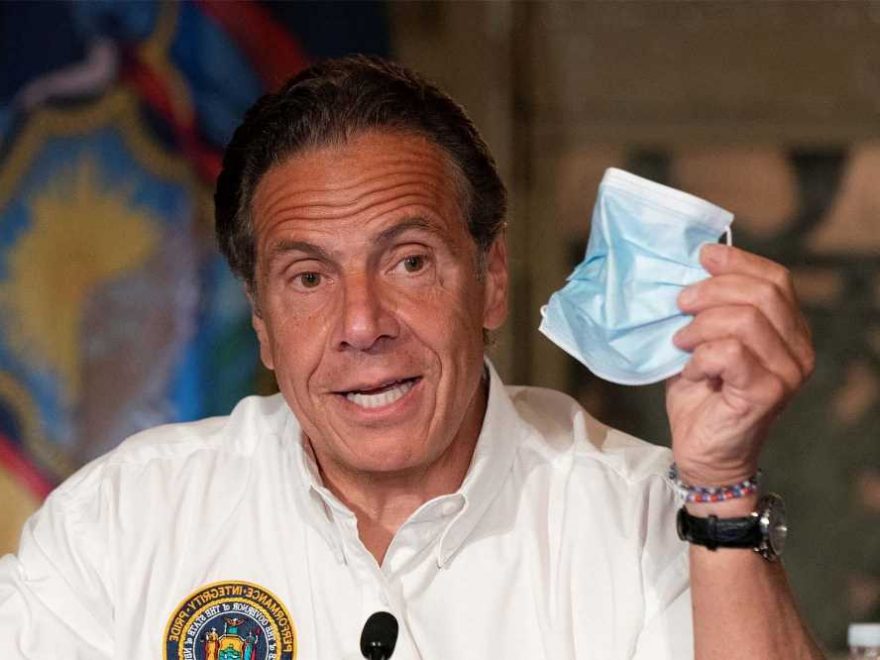 If woke companies really 'care,' let them help where it counts: fighting crime

The CDC's cruel, irrational guidance traps our kids in the forever pandemic

Last week, the Commack School District on Long Island wanted to do the sane thing and make masks optional for children. The move is long overdue. The state COVID positivity rate is under 1 percent, and deaths and hospitalizations have dropped precipitously.

So why are kids, who should have never been masked in the first place, still forced to cover their faces? Why are kindergartners masked at recess outdoors, even after national virus guru Anthony Fauci said “the risk outdoors is very low”?

In New York, it turns out it’s because Gov. Cuomo says so.

Cuomo has been a disaster for New York’s kids throughout the pandemic. Last April, at the height of the crisis, during one of his slap-fights with Mayor Bill de Blasio, Cuo­mo swaggered and declared he was in charge of Gotham schools. Hizzoner had announced that schools would remain closed for the remainder of the school year. Cuomo seethed that the decision wasn’t up to de Blasio. Then, two weeks later, the governor confirmed schools would indeed stay closed. Way to show the mayor who is boss, Governor!

When it came time to open schools again in September, the governor was MIA. Showing up tanned and cocky to his news conferences throughout the summer, Cuomo said he was leaving reopening decisions to local districts. Now that it was time to make tough calls that would either anger either teachers unions or help kids, the governor was no longer in charge.

In October, he established a color-coded system that made no sense and closed several school districts in the Big Apple based on it. “The schools are important, because you will very often see the schools be a place of transmission,” he said. Even then, we know that, in fact, schools aren’t a vector of COVID transmission compared to other community settings, but whatever.

Then, in November, when New York City hit the magic 3 percent positive number to force schools to close (only to reopen them a month later when numbers were higher), the governor went on MSNBC and finally admitted that spread wasn’t happening in schools. But the schools would be closing anyway, he shrugged, because it was a local decision. Out of his hands, you see.

Now he is suddenly back in charge. Clown nose on, clown nose off.

The Commack schools had made the announcement to parents that masks would be optional going forward. And why shouldn’t they be? The state Department of Health’s guidance says masks could be removed when 6 feet of distance could be maintained, as they were at Commack schools. Then, too, we’ve known for more than a year that only a minuscule share of kids get sick from COVID, and that they transmit the virus at a far lower rate than do adults.

But the governor had slipped long ago from “follow the science” to “follow my orders,” and the Commack schools bore the brunt of it. He put the kibosh on the move.

“When we explained to the governor’s office our strictness in keeping students 6 feet apart since the beginning of the school year,” a statement from the school read, “they indicated that didn’t matter, and we were directed that masks must be worn at all times.” Superintendent Donald James placed a robo-call to the district’s parents to inform them of the change. The calls included a warning that state mask inspectors would be checking in on compliance.

So much for local control.

Masking will hopefully soon cease to be a story. There is a limit to how long people will allow politicians to make dumb decisions for their children. But the governor’s incompetence and flip-flopping, along with his total disregard for science and common sense this year, should be scrutinized through the next election. The mad bully governor is using children to flex his waning power. It’s time to stop letting him.